Perry Mason Season 2: Everything We Know 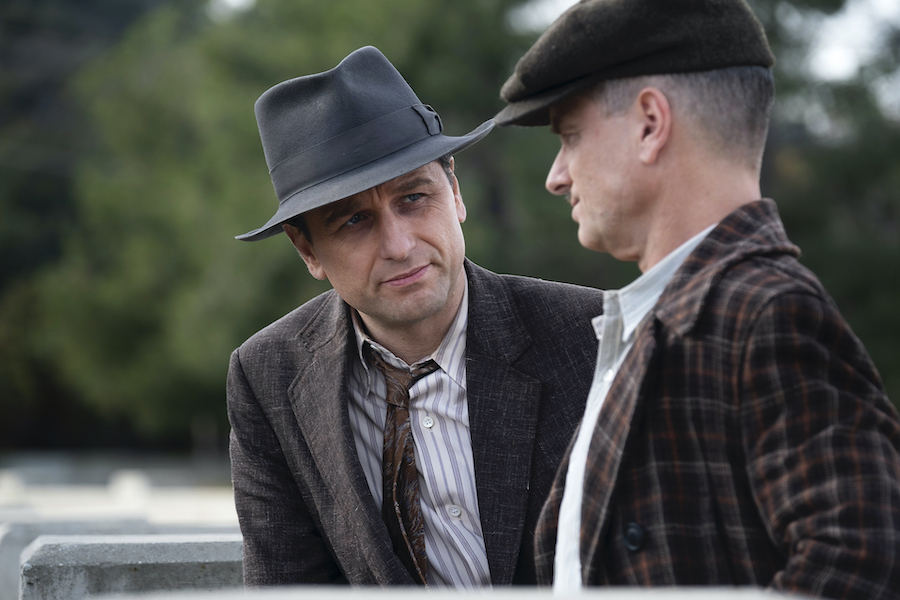 ‘Perry Mason’ is a period drama series based on the eponymous character created by novelist Erle Stanley Gardner. It follows Mason, a criminal defense lawyer, whose exploits also form the central premise of the namesake television series that ran from 1957 to 1966. Written by Rolin Jones and Ron Fitzgerald, the 2020 series depicts Mason’s struggles with the repercussion of The Great War and a broken marriage.

The year is 1932, where the Great Depression has ravaged the American economy, but Los Angeles is ensconced in a comparatively safe position. Mason is hired for a sensational case, and the ensuing investigations reveal the dangerous socio-political tidings of the city. The first season leaves us wanting more of Mason’s enigmatic stories drawn from the pages of literary fiction. If you also feel the same, let’s dive into the details of ‘Perry Mason’ season 2!

‘Perry Mason’ season 1 released on June 21, 2020, on the HBO network, including HBO Now and HBO Max. The season contains eight episodes, with the last one airing on August 9, 2020.

As far as the second season is concerned, it was green-lit by HBO on July 22, 2020. Initially, the channel had envisaged ‘Perry Mason’ as a limited series, but the positive response from critics and audience changed the plans. In fact, the series was the cable network’s most-watched series premiere in about two years. ‘Perry Mason’ has garnered millions of viewers, making it a profitable crime thriller series for the HBO network. Keeping these developments in mind, it is no surprise that HBO renewed ‘Perry Mason’ midway through its first season.

Director Tim Van Patten seemed optimistic about the second season when he remarked, “Wow, what’s next?’ That’s what it felt like to me… he’s (Perry Mason) gone through this full journey, and that’s where he’s landed. And he can easily step off the cliff and fall, but no, you can easily step off into the next season from there.” Francesca Orsi, Executive Vice President of HBO Programming, resonated the same sentiment when she welcomed the second season by appreciating the viewer’s response to the period drama.

However, no new information has been divulged regarding the second season. In other words, we don’t have any specific release date or production details as of now. But given the eagerness of the cable network, the second season might start production sometime in 2021. Moreover, the team will be cautious about the pandemic restrictions that have hampered the schedule of many productions. Amidst such speculations, we believe that ‘Perry Mason’ season 2 might release sometime in 2022.

Perry Mason Season 2 Cast: Who can be in it?

Matthew Rhys is expected to reappear as the titular character of Perry Mason in the second season. Juliet Rylance might return as Della Street along with Chris Chalk as Paul Drake. Both Della and Paul appear in the works of Erle Stanley Gardner. However, it is doubtful whether John Lithgow will come back, as his character Elias Birchard “E.B.” Jonathan met with his demise in season 1.

Eric Lange and Justin Kirk have been upped to series regulars from the second season, where they will reprise the roles of Detective Holcomb and Hamilton Berger, respectively. We can also expect to see Tatiana Maslany returning to portray Sister Alice in season 2.

Perry Mason Season 2 Plot: What can it be About?

At the end of the first season, Emily Dodson pleads not guilty. However, the case is declared to be inconclusive in light of Pete bribing a juror. The main perpetrator is Detective Ennis, who hires a heroin-addicted lady to act as Charlie’s wet nurse. Even though the case doesn’t bear an affirmed sentence, it is a moral victory for the eponymous character.

Mason, Paul, and Della are all outsiders trying to fight with the system, and in doing so, have established their presence through Mason and Associates. Pete leaves to work for Hamilton Berger. It is also established that Sister Alice flees the institution of the Church and restarts her life as a waitress in Carmel. The season finale ends on an inconclusive note with many unresolved issues.

Season 2 may explore the legal adventures of Mason and Associates and how Sister Alice copes with her new life. It might begin adapting other Gardner novels now that the character backgrounds have been set up. The first season hints at the presence of Eva Griffin, who also appears in the novel titled ‘The Case of the Velvet Claws.’ In this case, the novel might be the source of the second season’s narrative. Perhaps the show’s format might change with the creators deciding to tackle a new case in every episode. However, this speculation might be put to rest when Perry Mason returns in his characteristic elan.