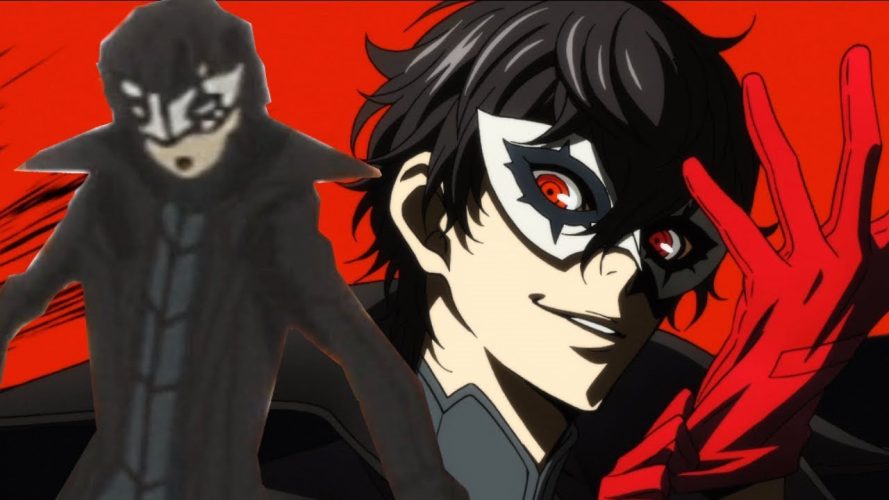 Persona 5: The Animation (also known as Perusona Faibu: Ji Animēshon in Japanese) is an action anime television series which is based on a video game of the same name. Developed by Atlus, the game, titled Persona 5, became the sixth installment in the Persona game franchise and was released for the PlayStation 3 and PlayStation 4 platforms in Japan in September 2016.

The release of the game was accompanied by a manga adaptation written and illustrated by Hisato Murasaki, and this manga adaptation began serialization on the Manga ONE app and the Ura Sunday website from September 15, 2016. Interestingly, an anime special episode by A-1 Pictures, titled Persona 5 the Animation: The Day Breakers, was also released on September 3, 2016, just prior to the release on the game.

Nearly a couple of years later, famed Japanese anime studio CloverWorks announced plans to adapt the game into an anime television series and Season 1 of Persona 5: The Animation premiered on April 8, 2018. While it wasn’t among the highest rated anime shows to come out, it was still praised by fans of the game franchise and new viewers alike and since then, fans have been waiting to hear news on a second season. Here’s everything we know about the prospects of Season 2 thus far.

Persona 5: The Animation Season 2 Release Date: When will it premiere?

That being said, there’s no reason to get worried yet if you’re looking forward to a second season. There’s still plenty of time left for CloverWorks to announce a second season. Further, there are other factors which are in favour of a second season being made.

Firstly, since Persona 5: The Animation is based on a game franchise and has a running manga series too, there’s no dearth of source material for a second season. Secondly, the fact that CloverWorks has kept the momentum going by releasing two sets of special episodes after Season 1 might indicate that the studio is trying to keep interest in the series alive. Hence, we think that there’s a good chance of Persona 5: The Animation getting renewed for a second season. However, the anime industry is an unpredictable one and we can’t say for certain what fate awaits the show before CloverWorks makes an official announcement on its future. We’re keeping our ears open for news on Persona 5 season 2 release date and we’ll update this section as soon as we hear something reliable.

You can watch ‘Persona 5: The Animation’ on Crunchyroll and Hulu with original Japanese audio and English subtitles.

The show follows a 16-year-old student named Ren Amamiya who gets sent to Tokyo to live with a family friend named Sojiro Sakura after getting wrongly put on probation for saving a woman from sexual assault. Left with no option, Ren has to adapt to his new life, but things take  a strange turn for the youngster.

While on his way to his new school, the Shujin Academy, Ren notices a mysterious app on his smartphone. When he opens the app, he finds himself transported into a strange world known as the Metaverse which is populated by “shadows” – distorted depictions of people’s true selves. As Ren starts delving more and more into the Metaverse, he awakens his Persona, a power from deep within which allows him to fight the shadows inhabiting the Metaverse. Armed with this power and with the help of similar, troubled students like himself, Ren forms a group called the Phantom Thieves of Hearts, the sole purpose of which is to purge people’s evil, sinful desires and help evildoers turn over a new leaf.

As news about the Phantom Thieves spreads throughout Tokyo, it brings with it a lot of publicity, both positive and negative. However, when the group reaches its peak popularity, Ren is taken into custody to be interrogated in the case for which he was put on probation. During the harsh interrogation, Ren meets a prosecutor named Sae Niijima, who is hellbent on finding the truth. Seeing Sae’s conviction, Ren decides to tell him his story, and the rest of the show follows how Sae receives Ren’s story and what becomes of the Phantom Thieves.

Although Persona 5: The Animation has a bunch of characters, only a few characters are central to the plot of the show. Below, we’ve provided you with brief backgrounds on each of the important characters in the show.

Ren Amamiya: The main protagonist of the show, Ren is a 16-year-old transfer student at the Shujin Academy. After trying to save a woman from sexual assault at the hands of a powerful politician, Ren gets falsely charged and ends up on probation. After he discovers the Metaverse and awakens his Persona, Ren forms the Phantom Thieves of Hearts group.

Ryuji Sakamoto: Ren’s classmate is school, Ryuji has a reputation of being a delinquent. A violent boy, Ryuji is sometimes excessively aggressive, but deep down he has a kind heart. As the show progresses, it is also revealed that Ryuji had an abusive father and had run away from home with his mother when he was a young boy.