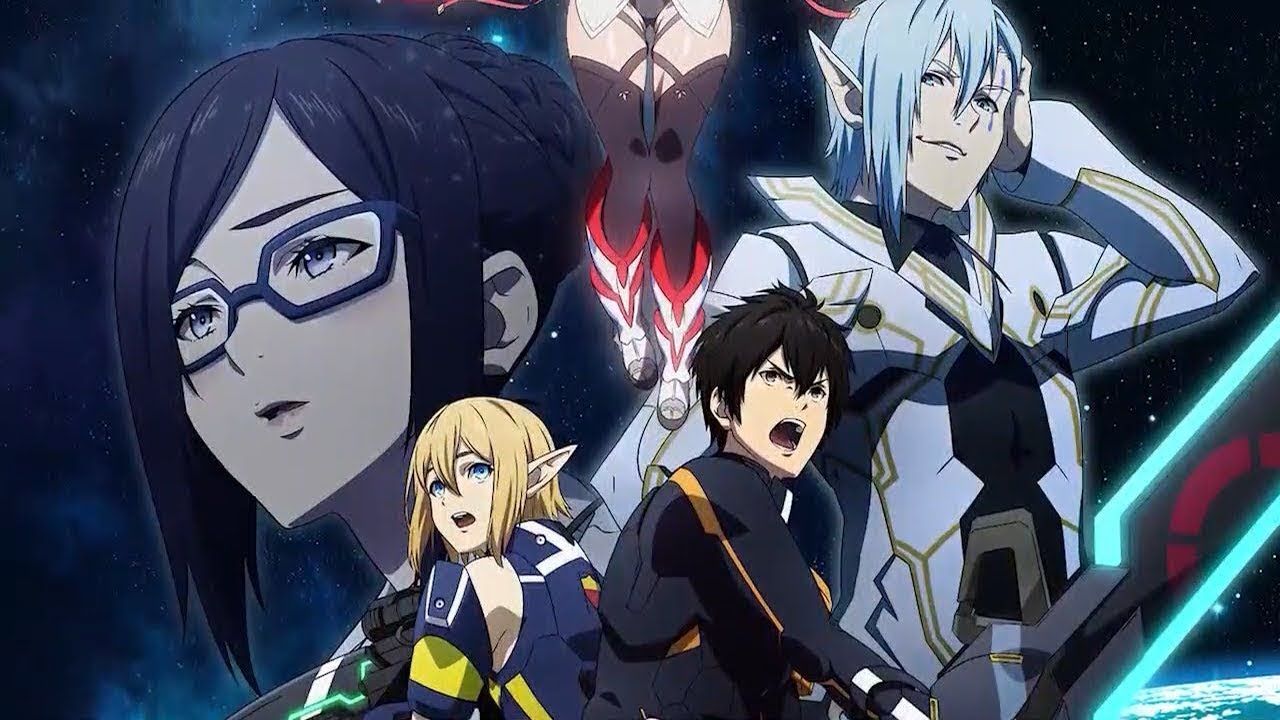 In the past, many anime shows have been adapted from games and most of them have failed to come even close to the offerings of their source. Barring a few exceptions, most of these adaptations are mere advertisements for the game but even then, these fail to capture the spirit of it. ‘Phantasy Star Online 2: Episode Oracle’, in one way or the other, is another great attempt at adapting a video game and surprisingly, it does a pretty decent job with its storyline.

Unfortunately, someone who has already played the original game will easily be able to find many absurdities in it that no way comes in tandem with what the game has to offer. Since it has been animated by Studio Gonzo, so far, its animation is quite impressive and even its heavy use of CGI works well. All in all, ‘Phantasy Star Online 2: Episode Oracle’ is certainly not the best sci-fi anime out there but you can still check it out if you’re slightly familiar with the game.

‘Phantasy Star Online 2: Episode Oracle’ is the anime adaptation of a video game that goes by the same name. The anime premiered on October 7, 2019 and with a total of 25 episodes, it is expected to end by March 2020. This anime actually acts as a prequel to ‘Phantasy Star Online 2 The Animation’ which aired from Jan 8, 2016 to Apr 1, 2016. So far, it has been fairly well-received by most viewers and also has an average rating on some well-known anime platforms.

If everything goes well, it might eventually get another season as well. As soon as we get any confirmed news regarding its renewal, we will update it here in this section. If you’re having a good time watching this show, you might also enjoy other similar ones on our list of the best sci-fi anime.

As of now, an official English Dub of ‘Phantasy Star Online 2: Episode Oracle’ has not been released but you can still stream it on Funimation with its original Japanese audio and English subtitles.

Set in the year 2027, ‘Phantasy Star Online 2: Episode Oracle’ revolves around a new video game that takes the world by storm. While Itsuki Tachibana—who is not at all into games—stays away from it, all other students at the Seiga Academy try to get their hands on it. The potential negative impact of the game is taken into consideration and during this time, Itsuki catches the attention of a girl, Rina Izumi, who is determined to prove that the game cannot be blamed for anything.

To prove her point, Rina makes Itsuki the Vice President of the student council and asks him to play the game while keeping his grades up. Driven by his new sense of purpose, Itsuki sets out to save the game from getting banned while Rina makes sure that he achieves the results that she expects from him.

Itsuki Tachibana is a high school student at the Seiga Academy who, unlike most of his peers, is not interested in gaming. Itsuki is quite sociable and he really enjoys the company of others but at the same time, he also likes to spend time all by himself. He also easily adapts to his environment and even when he is suddenly appointed as the vice president of the student council, he willingly takes on all the responsibilities that are laid on his shoulders. There are also times when he completely absorbs himself in doing a certain activity and entirely forgets about the people around him. In his Embodied form, he gains a much higher level of speed and agility and is also able to use his Embodied weapon in a better way. In appearance, he has striking features with piercing green eyes and jet black hair.

Master Nezumi is another character of the series whose name remains unknown in real life but he plays the role of a female hunter in the game. In the real world, he stays in Tokyo and is a man with a massive build. He is tall and has huge muscles that are a result of his construction job. He has green eyes and thick curly hair that he ties up with a white bandana. He also sports a mustache with a small goatee on his chin. He is quite laid back in real life and very well knows how to lead his men at work. He also jokes around with everyone and makes sure that the men working under him are always safe. However, in the game, he becomes very talkative and is one of those few people who are able to make sense out of Koa’s weird roleplay speech.