When Does Pick of the Litter Return to Disney+? 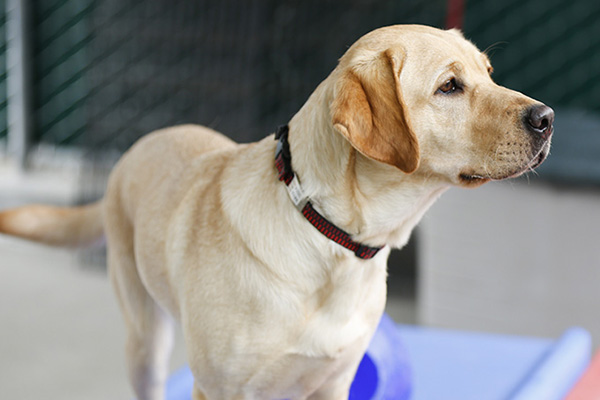 You must have heard about the documentary feature ‘Pick of the Litter’ right? We bet you did, especially if you are a dog lover. Well, Disney Plus’ eponymous docu-series is inspired by this same heartwarming and critically acclaimed film.

‘Pick of the Litter’ follows the emotional stories of service animals, their trainers, and their humans. Created by ABC Studios, it introduces us to six adorable pups as they are groomed to transform into Guide Dogs For the Blind — defined as the ultimate canine career.

Season 1 of the series was well-received. Here’s all we know about ‘Pick of the Litter’ season 2.

Pick of the Litter Cast: Who’s in it?

Of course, the stars of the show are the six puppies, three males and three females, all from the same litter. They are named Paco, Pacino, Tulane, Raffi, Amara, and Tartan. Along with them, we meet their dedicated trainers who train these good boys to become what they are meant to be. Their human companions also form a vital part of this incredible journey of two years as the pups get groomed to meet their career goals.

What is Pick of the Litter about?

The filming of this moving animal documentary series takes place in San Rafael, California. It chronicles the quest of six Bay Area puppies who are on the ultimate quest — to help humans and make this world a better place. They are being trained to grow into Guide Dogs for the Blind in a span of two years.

In their journey, the young pooches need to learn good manners and face several ups and downs while understanding what is required from them. Each pup is different, has his or her own temperament levels, and own pace of responding to commands. As a result, each journey is different and comes with its individual challenges.

Created by the nonprofit organization, Guide Dogs for the Blind, and filmmakers Dana Nachman and Don Hardy, ‘Pick of the Litter’ is not only cute but also inspiring. GDB shared their enthusiasm about the show on a Facebook post, saying, “We are delighted that the series captures both sides of the harness by showcasing the people who love, train, and are paired with GDB dogs. Thanks to the folks at Disney+ and ABC studios for giving a new platform to share our life-changing mission!”

Additionally, the series is competitive, because all of the six pups start their journey to become guide dogs right from the moment they are born. But since the position involves a lot of responsibilities, as the dogs need to ensure that their owners are out of harm’s way at all times, the pups need to learn how to “do amazing, life-changing things in the service of their human” — according to Disney.

And hence, only the best ones from the pack win and make the cut. Or in other words, all of these featured pups might not be successful in the final test. In short, the dogs are, in fact, competing against their own siblings to make someone’s life better.

Season 1 consists of six parts and each half-hour episode follows the story of one puppy, who is groomed by his or her trainer to reach its full potential. After all, as the introductory voiceover says, “It’s really hard to become a guide dog. It takes a very special, confident dog to be able to do this job.” Alongside their two-year odyssey, we also get an in-depth look into the struggles of their trainers and their human companions.

Pick of the Litter Season 2 Release Date: When will it premiere?

‘Pick of the Litter’ season 1 premiered on December 20, 2019, on Disney Plus. The first season comprised six episodes that aired weekly. It concluded with its finale on January 24, 2020.

The series indeed serves as a great piece of uplifting content when the world is packed with negativity and turmoil. It joined the vast slate of family-oriented programming on Disney+, which includes multiple memorable family movies and amazing kids’ shows.

‘Pick of the Litter’ had been branded as a mini-series from the start. So, it’s unlikely that the documentary will be renewed for a second season. Moreover, the stories of the featured pups are neatly wrapped up in season 1. Under the remote possibility that a season 2 is commissioned, it will follow a different set of dogs and their trainers. Hence, if at all Disney decides to go for another season, we can expect ‘Pick of the Litter’ season 2 to premiere sometime in December 2020.

Pick of the Litter Trailer