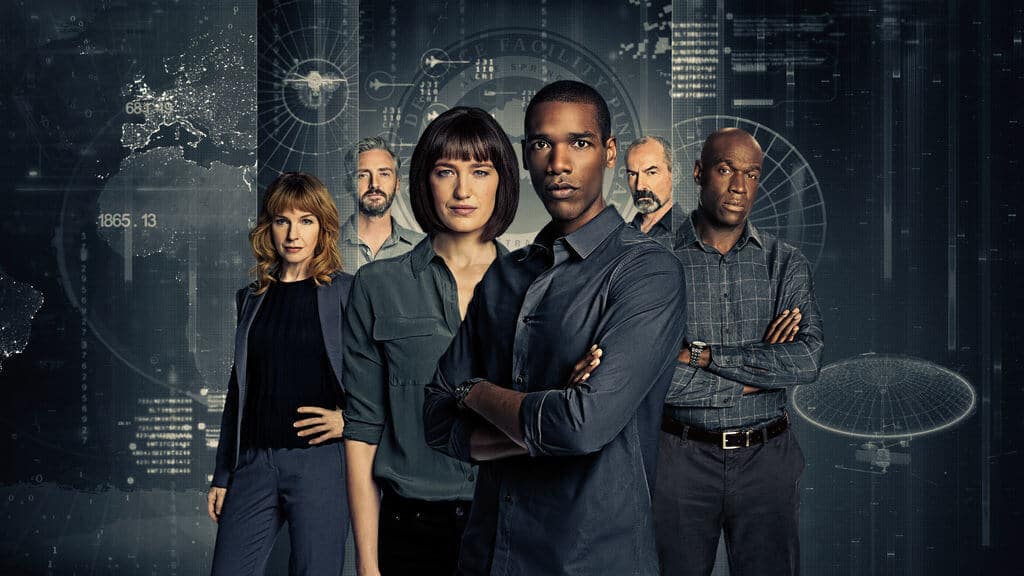 Netflix has been amping their international presence up by simply extending their library to foreign languages and cultures. While the initial drive for the anime market (with an estimated multi-million dollar budget to invest into official anime licensing) seemed as if Netflix were to go up against the likes of Crunchyroll in the upcoming years, it was the part of an elaborate agenda for a more multicultural library of shows with a number of non-English European and Latin American productions pitched as Netflix originals. Most of what is marketed as Netflix originals, one should note, is not directly created by a Netflix-supervised creative team, but it is more a licensing partnership where another studio and/or producer makes the show, and Netflix licenses it first for international streaming and marketing.

‘Pine Gap’ is not a foreign language show, at any rate, unlike many of Netflix’s anticipated 2019 entries, but it is still nonetheless a significant step forward in the international outreach agenda. Pine Gap is the very first joint production between Netflix and ABC TV (Australia) – and it sets the scene for what is an urban legend to both the Americans and Australians, for whom anything substantial beyond the name is shrouded in mystery about ‘Pine Gap’, which is a colloquialism for the real-life Alice Springs-based U.S. satellite surveillance centre in the local Ground stations.

The governments can rest be assured that everything in the show other than the setting is based on fiction and not fact, while the viewers will also be treated with the fact that the show is written while keeping some parity with the mannerisms, décor, and the general intricacies outside of classified information of the real Pine Gap. David Rosenburg, a former long-time employee at Pine Gap, was flown in to act as a proprietor to these aspects of the show, and this makes the show a win-win on the representation front.

However, the earliest reviews after the show first locally aired on ABC TV (Australian Broadcasting Corporation) in October 2018 slapped a ‘not good enough’ on it, tagging this eye for detail as fruitless, as the meat of the show for them appeared lacklustre, the plot uninspiring, and the thriller quotient unimpressive. Whether or not these reviews were righteous in their indignation, it failed to tar the reputation of the show when it aired on Netflix, and did not fare too badly despite a second wave of fresh criticisms after the international Netflix release giving the show a ‘meh’ on the same grounds as the first batch of local reviews.

Despite the fact that the show received unimpressive reviews by the Australian tabloids, particularly IF, Netflix wasn’t held back in partnering with ABC and Screentime to distribute the show to the US audience. Per Bob Campbell from Screentime, Netflix is “open to doing shows that look and sound different and are not necessarily made in Burbank or New York or Arizona. They are spreading their wings.”

Pine Gap Cast: Who’s in it?

One major giveaway that makes the show’s high production cost known is its star-studded cast. It stars Parker Sawyers in its lead role of Gus Thompson – if the name seems familiar to you, it is because Parker’s fame skyrocketed for his role in ‘Southside With You’ couple of years ago, where he played president Barrack Obama.

Opposite Parker’s Gus is Jasmina, played by Tess Hubrich, known for her involvement in a number of AAA action flicks back in Hollywood, which includes The Wolverine (2013) and Alien: Covenant (2017). In the more ‘executive’ roles in the literal sense, we have two even bigger Hollywood stars: Steve Touissant and Jacqueline McKenzie.

If the show gets renewed, the plot could take us to an unpredictable direction – which should be the case with mystery-based dramas like these. This also makes the cast difficult to predict accurately, although it can be said with certainty that Parker and Tess will be returning in the lead roles if a second season gets greenlit.

Pine Gap Plot: What is it about?

Pine Gap is what you would expect from a textbook spy thriller with any number of conspiracy theories and political intrigue going on in the plot – which, in this particular case, is also intermingled with a love affair between an American agent and an Australian analyst both of whom are liable to withhold their home state secrets from each other.

The overarching plot, as it builds up in the opening episode, is that the team attempts to identify the possible hands at work behind a recent assault that shot down a civilian plane over a Myanmar APEC summit, where the visit Australian PM and the US president were clearly the targets.

Pine Gap Season 2 Release Date: When will it premiere?

Season 1 of the show premiered on October 14, 2019. Given the subpar reviews, the show’s future is doubtful, and it has not received an affirmative on renewal from the networks yet. So far, the official air dates for season 2, therefore, remain uncertain. Though it does get renewed, Pine Gap season 2 can release sometime in 2020.

There have not been any updates from Netflix or the producers on a new season. Thus, it might appear production has not started yet for season 2. In any case, we won’t be expecting another season before December 2019 on Netflix. Hence, this also leaves us with no teasers, trailers, or other promo materials for the upcoming season. Meanwhile, you can stream the original season on Netflix. This is a great time to get up to speed and dig into the show if you were planning to watch it. Get a sneak peek into it beforehand by watching the official trailer for the debut season here.