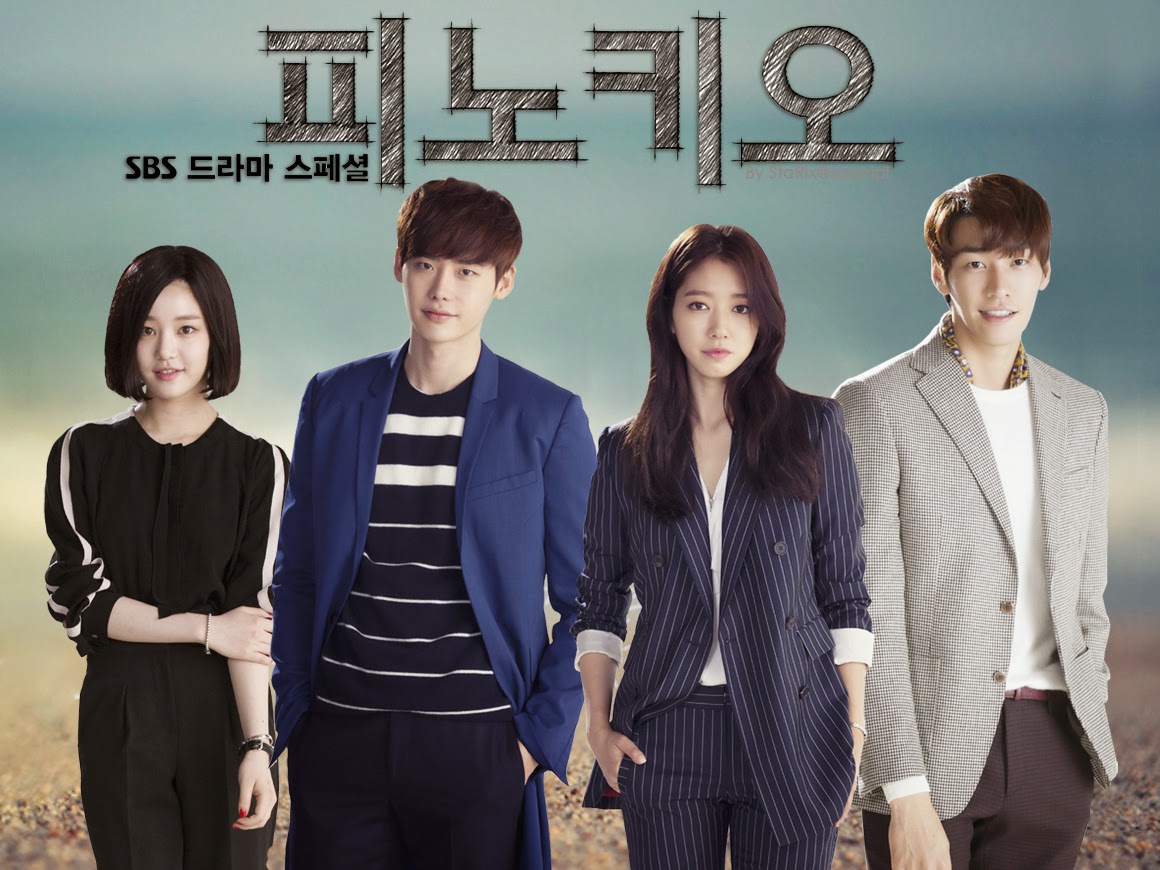 ‘Pinocchio’, the 2014-released South Korean drama, is directed by Jo Soo-won and Shin Seung-woo and written by Park Hye-Ryun. It follows the story of two news reporters on a journey to uncover the truth, which leads them to uncover bigger conspiracies along the way.

Pinocchio Cast: Who is in it?

Lee Jong-suk (‘Romance Is a Bonus Book‘ and ‘While You Were Sleeping‘) stars as Choi Dal-Po. Dal-Po’s original name was Ha-Myung. But after his family was ruined because of a misleading news report, he currently lives under a different identity, Dal-Po. He tries to forget his past and in spite of his hatred for In-Ha’s mother, he cannot help but grow fond of In-Ha. He spends many years as a taxi driver but finally decides to join In-ha in news reporting in order to prove his family’s innocence.

Park Shin-Hye (‘Memories of Alahambra‘, ‘You’re Beautiful’) plays Choi In-ha, who has Pinocchio Syndrome, because of which whenever she lies, she breaks into hiccups. She is a dedicated reporter and is always determined to expose the truth, no matter the cost. She takes up this profession as she also wishes to develop a closer bond with her mom, Song Cha-ok.

Kim Young-Kwang (‘The Guardians’, ‘Sweet Stranger and Me’) is Seo Beom-jo, a privileged young man, who starts getting texts from In-ha. This was an accident as the texts were actually meant for her mother. In order to get to know her more, he leaves his job as a fashion magazine editor and becomes a reporter. He slowly starts understanding the impact of media and needs to decide between family responsibilities and duty.

Apart from the main cast, we meet Jin Kyung as Song Cha-ok (In-ha’s estranged mother and a ruthless, ambitious woman who preferred her career over her family and ended up abandoning them). She is one of the leading news anchors in Korea. Kim Kwang-kyu stars as Kim Gong-Joo (MSC News Desk’ chief). Kim Young-hoon is Lee Il-Joo, Im Byung-ki plays Yeon Doo-young, and Yoon Seo-hyun enacts the role of Lee Joo-ho.

Kim Hae-sook also joins the cast as Park Rosa, a rich CEO who runs multiple malls and is the devoted mother of Beom-jo. However, Rosa had participated in the conspiracy with Song Cha-ok to fabricate a bit of news that led to the destruction of Dal-Po’s family. Lee Yu-bi stars as Yoon Yoo-Rae, a former sasaeng fan but currently a news reporter.

Pinocchio Plot: What is it about?

Ha-Myung (currently Dal-Po) is a highly intelligent child who lives with his family, comprising a firefighter dad Ho-Sang, a mom, and his equally intellectual older brother. However, a fire at a waste facility leaves his father dead, along with several of his crew members, while attempting to rescue victims. But since Ho-Sang’s body was missing at the beginning, he is made a scapegoat by the shrewd MSC reporter, Song-Cha-Ok. As a result, their family becomes outcasts and Ha-Myung’s mother commits suicide by jumping off a cliff with her younger son. As fate could have it, Ha-Myung is rescued by a man and he survives.

Coincidentally, the man who saves him is In-Ha’s grandfather and he believes that Ha-Myung is, in fact, his elder son Dal-Po, who died 30 years ago. Hence, he gets a new name Dal-Po and is adopted by In-Ha’s family and they grow up together. On the other hand, In-Ha suffers from Pinocchio Syndrome, which causes her to get hiccups whenever she lies. Gradually, Dal-Po discovers that In-Ha’s mother is Song-Cha-Ok, the woman responsible for destroying his family. So Dal-Po tries to ignore In-Ha but still, is drawn toward her.

After several years, Dal-Po and In-Ha’s family moves to Seoul and the latter wishes to become a reporter, in the footsteps of her mother. In-Ha appears for an interview with MSC Broadcasting Station but is rejected by Song-Cha-Ok because of her Pinocchio Syndrome. Meanwhile, Dal-Po drives a taxi to support the family. However, one day, after meeting In-Ha’s mom, he decides to join news reporting and prove the innocence of his actual father.

Pinocchio Season 2 Release Date: When will it premiere?

‘Pinocchio’ season 1 released in South Korea on SBS from November 12, 2014, to January 15, 2015, every Wednesday and Thursday at 21:55 (12:55 UTC). Its total run for the first season comprises 20 episodes. The series was released internationally in several countries, including the US where it aired on KBFD.

Since the airing of its finale, we have not heard any news about another installment from this multiple award-winning, super-hit Korean drama. The storyline has a definite conclusion in the first season itself. And if the creators decide to make a sequel, they might have to approach a different plot, following the news-reporting adventures of the main protagonists. So, if ‘Pinocchio’ season 2 does happen, we will update this section as soon as we hear about it.

Check out the official trailer for ‘Pinocchio’ season 1 below.