PlanetSide 3: Everything We Know 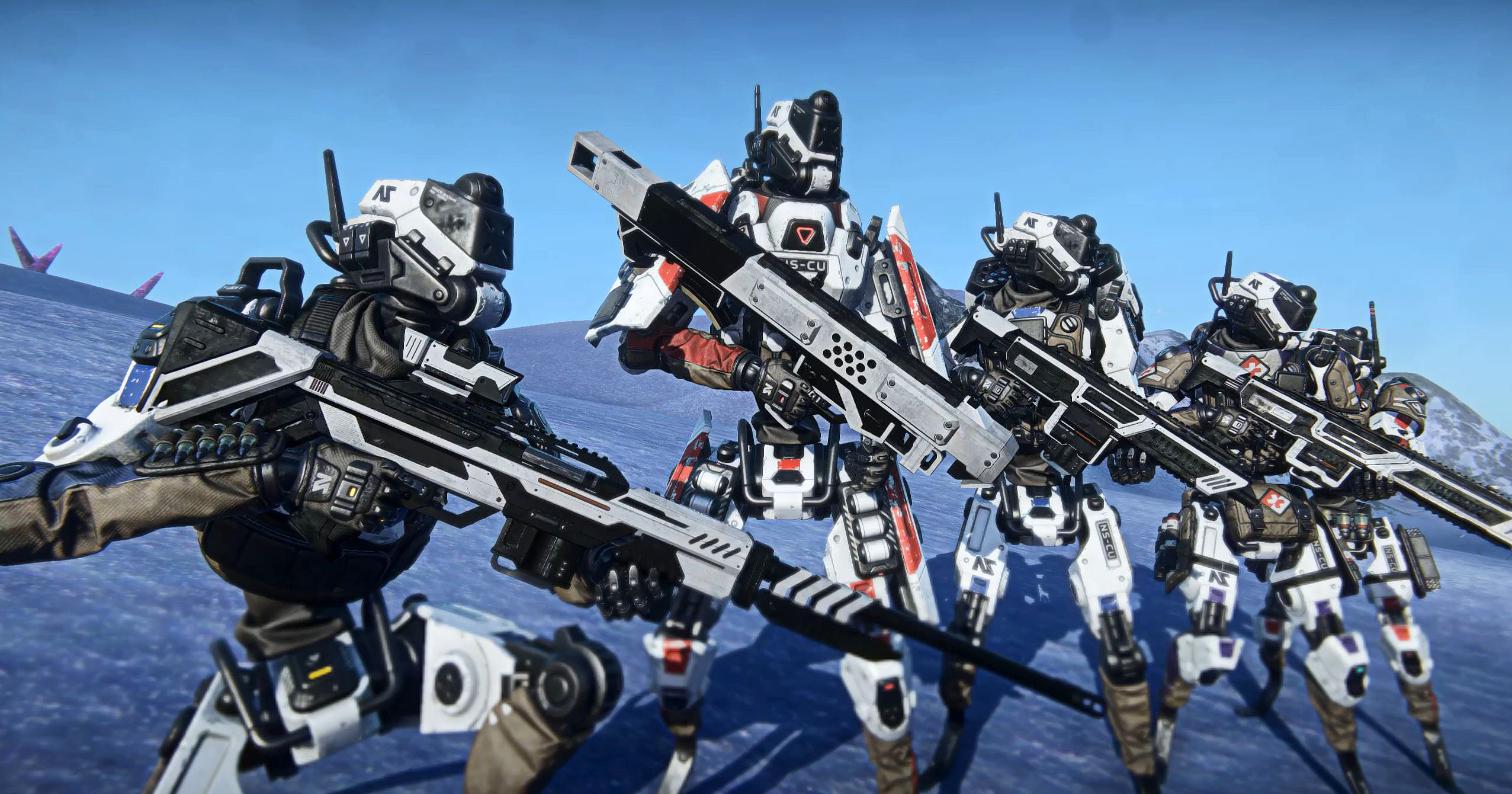 Games such as ‘PlayerUnknown’s Battlegrounds’ and ‘Battlefield 5’ may get all the plaudits these days, but many veteran gamers may have some very fond memories of the game that inspired so many of the competitive multiplayer first-person-shooters that we love playing today. Developed by Sony Online Entertainment, ‘PlanetSide’ released way back in 2003 and was a complete game changer for the video game industry. With ‘PlanetSide 3’ being officially confirmed by series executive producer Andy Sites in October, 2019, now is the perfect time to catch up with the PlanetSide franchise and learn what to expect from the upcoming installment of the world’s most ambitious first person shooter.

What is The PlanetSide Series About?

The original ‘PlanetSide’ game signaled a paradigm shift in the gaming industry when it released back in 2003. At a time when gamers were used to tiny scuffles against small teams in the popular multiplayer FPS games of the time, ‘PlanetSide’ boasted sprawling battles across a huge map with hundreds of participants, all vying for control and domination.

The game was so impressive for its time that it spawned an entirely new genre of video games – the Massively-Multiplayer Online First Person Shooter (MMOFPS). ‘PlanetSide 2’ released nine years later as a reimagining of the original game. It featured the same world and factions warring against each other during the same time period, but it amped up the scale to a whole new level. Now instead of hundreds of players, the game featured up to 2000 players on a single continent clashing against each other in gargantuan land and air battles in a variety of terrains including deserts, mountains, forests and swamps.

The main plot of the game centers around three factions – the Terran Republic, the New Conglomerate and the Vanu Sovereignty, all of whom battle each other for control of the planet Auraxis. The Terran Republic is a hardline traditionalist empire that likes to rule with an iron fist. They desire order and control and are prepared to go to war for it. The New Conglomerate is a ragtag group of rebels who seek to remove the suffocating yoke of the Terran Republic. It mostly consists of outlaws, former military personnel, pirates and other colorful characters. Finally, the Vanu Sovereignty is a highly advanced race of transhumans who worship ancient aliens and idolize technology. All of these factions seek control of the resource rich planet, Auraxis, which also happens to be the only habitable planet in the vicinity.

Despite having a rich backstory and lore, the storyline is not the reason to play a PlanetSide game. In fact, none of the games have featured any sort of single player campaign thus far. The game’s claim to fame came was its pioneering gameplay and map design, which was way ahead of its time. ‘PlanetSide 2’ continued in this tradition and features asymmetric gameplay with three different factions to choose from.

Each faction features their own unique weapons, aircraft, vehicles and armor. Every faction has its own sets of strengths and weaknesses, so strategy is key in any ‘PlanetSide 2’ battle. Speaking of battles, ‘PlanetSide 2’ allowed for upto 2000 players on a single server at launch, providing the most authentic battlefield combat gameplay experience of any multiplayer first person shooter ever. Besides that, the game also features an extensive character progression and leveling system that unlocks new equipment and upgrades.

The latest installment in the PlanetSide franchise, ‘PlanetSide Arena’ is currently in Steam Early Access, and features more class based, battle royale gameplay and up to 500 player battles on two opposing teams. As development continues, the battles will be expanded to 1000 players in a single match. Plans are also in place for new game modes and more vehicle types.

What We Know About PlanetSide 3

Andy Sites, executive producer of the PlanetSide franchise recently confirmed that the ‘PlanetSide 3’ project was officially underway. Sites says, “PlanetSide Arena is intended to be the stepping stone to PlanetSide 3, which we envision expanding from the current battlefields of Auraxis, to full-fledged galactic war with empires exploring, colonizing and conquering one another within an expansive galaxy. We envision PlanetSide Arena as a way to allow us to link present day PlanetSide 2 and PlanetSide 3 story lines, as well as providing an opportunity to try out new features, styles of play, etc.”

Based on the words of Andy Sites, it would seem like ‘PlanetSide 3’ is set to be the most expansive and ambitious PlanetSide game to date. The talk of a “galactic war” hints at the possibility of space battles in addition to massive land and air battles. Sites also hints at the existence of multiple planets with multiple battlegrounds, just in case the previous games weren’t substantial enough for your tastes. Obviously, we can expect the oh so satisfying asymmetric gameplay and large-scale battles of the previous games to make a return as well, but his time on steroids.

PlanetSide 3 Crew: Who’s Behind It?

‘PlanetSide 3’ is being developed by Daybreak Game Company, previously known as Sony Online Entertainment. This is the same studio that also developed and published ‘PlanetSide’ in 2003 and ‘PlanetSide 2’ in 2012. Their most recent game, ‘PlanetSide Arena’ is a class based battle royale game currently in the late stages of development.

PlanetSide 3 Release Date: When And Where Can I Play It?

At the time of writing, there is no concrete release date or time-table yet for ‘PlanetSide 3’. Given the fact that development on ‘PlanetSide Arena’ is also still ongoing, it is safe to assume that ‘PlanetSide 3’ is still a few years away from seeing the light of day. However, Daybreak have promised to release the full version of ‘PlanetSide Arena’ as soon as possible, and move on to their next big project.

The original ‘PlanetSide’ launched exclusively on PC, as did its sequel. However, ‘PlanetSide 2’ also debuted the series on the PlayStation 4 in 2015. We have yet to receive any confirmation about which platforms will see the release of ‘PlanetSide 3’, but it is extremely likely that both PC and PlayStation will make the cut.