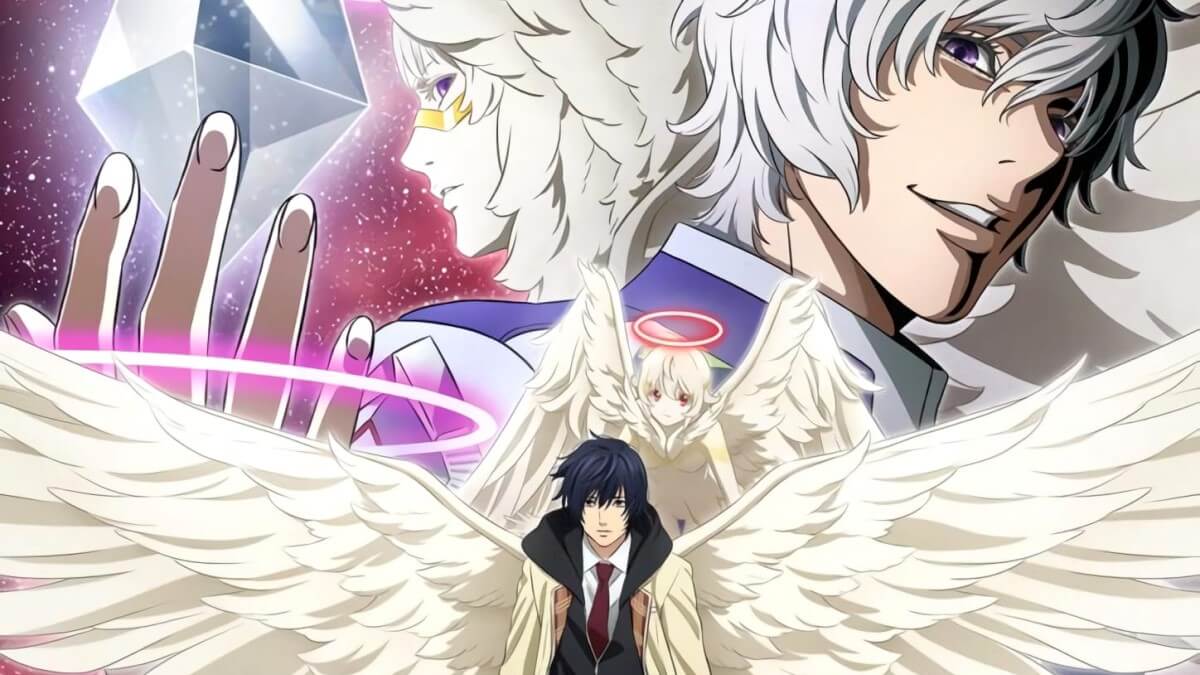 Based on the Japanese manga series written by Tsugumi Ohba and illustrated by Takeshi Obata, ‘Platinum End’ is a supernatural fantasy anime from the creators of ‘Death Note.’ The show follows a depressed boy named Mirai Kakehashi, who was orphaned at a young age and forced to live with his abusive relatives. After his middle school graduation, the protagonist decides to put an end to his misery and meaningless existence. But when he jumps from a high-rise building, an angel saves him moments before he is about to hit the road.

She grants him supernatural abilities and makes Mirai a candidate to become the next god of the world. Now in 999 days, he must defeat the rest of the participants who are ready to go to any lengths to get what they want. The anime first premiered on October 8, 2021, and here is everything you need to know about its upcoming episode.

‘Platinum End’ episode 2 titled ‘Hero of Justice’ is all set to release In Japan on October 15, 2021. It will air at various times on TBS, BS11, and other channels. The series will be released in two cours that will run for a total of 24 episodes. Signal.M.D. has developed the series with Hideya Takahashi serving as the director (first part only) and Shinichi Inotsume leading the writing staff.

The characters are designed by Kouji Oodate, while Masahiro Tokuda handles the series music composition. The opening theme track, “Sense,” is performed by Band-Maid, and the ending theme song, “Kōfuku-Ron” (Theory of Surrender), is sung by Yuu Miyashita.

‘Platinum End’ has been licensed for streaming outside Asia by Funimation and Crunchyroll. You can head to the two platforms to watch the show with original Japanese audio and English subtitles. People in Scandinavian countries can stream the latest episodes on Wakanim.

In episode 1, Mirai looks back at some memorable moments of his past life when his parents were alive, and he wasn’t yet living with his abusive relatives. The happiness of those times is now replaced with depression and despair. With no hopes of a better future, Mirai heads to the top of a high-rise building and jumps without any regrets wishing he could have been happy. Luckily, just a few feet above the ground, an angel named Nasse catches him and saves his life.

Although Mirai just wants to be left alone and put an end to his miserable existence, his guardian angel promises to help him find a purpose in life so that he can finally be happy. She grants him the supernatural powers to fly anywhere and make people fall in love with him. After a brief tour of the planet, Nasse reveals the dark truth that Mirai’s uncle and aunty killed his parents for insurance money, and they did not die accidentally.

Shocked by the unexpected revelation, the protagonist heads immediately to his home, where he questions his aunt about his parent’s sudden death using his power of persuasion. Regretting her part in the heinous crime, she confesses that his uncle killed them for his greed. Unable to think clearly, Mirai tells her aunty to die, not realizing that she will take his words as an order and really kill herself.

Three days after the tragic incident, the protagonist is still struggling to process what happened with his aunt. When he opens up to Nesse about his financial woes, she advises the teenager to kill his uncle and his children to get their property. The guardian angel also reveals that he is now competing to become the next god, and in 999 days, he must defeat other God candidates to rule the world.

In episode 2, Mirai will begin to confidently use his supernatural abilities after finally getting over the unfortunate death of his aunt. He may meet another God candidate and begin to realize the true extent of the danger that lurks around him.