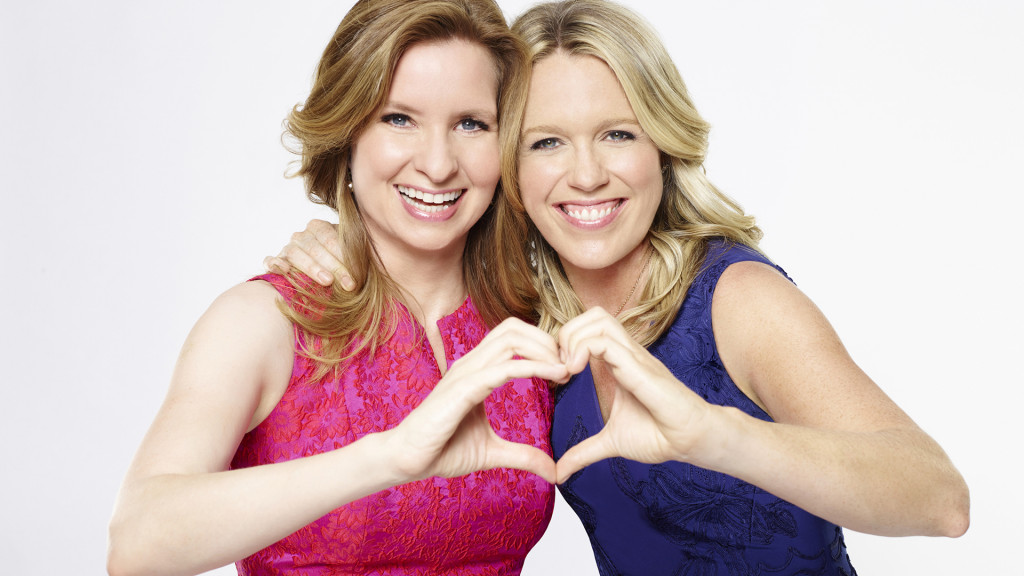 An American comedy TV drama, ‘Playing House’ first premiered on April 29, 2014, and airs on the USA Network. Lennon Parham and Jessica St. Clair, of NBC’s ‘Best Friends Forever‘ fame, created the series in which they star as well.

The show has been created based on their real-life friendship. The storyline revolves around two best friends- Maggie Caruso and Emma Crawford who have grown up together sharing many adventures and today, it’s time for them to brace for a new adventure in their lives, that is, raising Maggie’s baby. Having separated from her husband after discovering that he was cheating on her, she seeks Emma’s support to help her look after the baby. Watch the show and live their journey through them as they play the quintessential role of a mother.

While their chemistry on the screen needs no further praise, here is what the critics had to say – “Jessica St. Clair and Lennon Parham are a comedy duo worth watching, and their chemistry helps to make ‘Playing House’ reasonably enjoyable and perceptive.”

Playing House Cast: Who is in it?

The cast of ‘Playing House’ is led by Lennon Parham as Maggie Caruso, Emma’s best friend since childhood, who is pregnant and finds herself single, after a sudden separation from her husband, and Jessica St. Clair as Emma Crawford, Maggie’s best friend who leaves her overseas job to return home and help her. Other cast members include Keegan-Michael Key, of ‘Key & Peele’, as Mark Rodriguez, a local cop who happens to be a childhood friend of Maggie and Emma. Mark and Emma used to date in high school. Zach Woods, who is known for ‘Silicon Valley‘ and ‘The Office‘, appears as Zach Harper, Maggie’s younger brother. Brad Morris plays the role of Bruce Caruso, Maggie’s ex-husband.

The recurring cast members on the show include, Jane Kaczmarek of ‘Malcolm in the Middle‘ fame, as Gwen Crawford, Emma’s estranged mother, Ian Roberts as Ian, Mark’s partner on the police force, and Lindsay Sloane as Tina “Bird Bones” Steigerman, Mark’s ex-wife, who is a former nemesis of Emma’s, among others.

Playing House Plot: What it is about?

The story of ‘Playing House’ is about two best friends, Maggie and Emma, who have grown together. Maggie ends her marriage after finding out her husband was having an affair with another woman on the internet. She decides to move in with her best friend Emma for support. To help her friend in need, she does everything she can which includes quitting her flourishing business in China to get back to their hometown, Pinebrook, so she can help her friend Maggie in raising her newborn baby.

When the series starts off, we see Emma hard at work, but she makes time to return home to throw her bosom buddy Maggie, a baby shower. We are introduced to Maggie’s husband, who comes off as an unlikeable personality right off the bat, so as to have the audiences rooting for Emma and Maggie to share more screen time. This is compounded by the banter that the two share, with them finishing off each other’s sentences. When you add a whole bunch of awkward characters, and even more awkward situations like the world’s worst baby shower, you get the uniqueness of ‘Playing House’.

Variety has best described the tonality of the show saying, “Accustomed to second-banana roles, the actresses have essentially taken charge of their careers by devising these star vehicles. Yet while St. Clair and Parham play well off each other, they also affect almost the exact same comedic voice. In other words, there’s no Lucy and Ethel in this pairing, with each being a little bit of both. (If Maggie is a tad more emotional, that has more to do with her vulnerable condition and raging hormones than with her personality, as she makes clear.)”

The show starts as some sort of goofball version of the ‘Gilmore Girls‘ as we see Emma move back to help Maggie. Topping this off is the fact that the town of Pinebrook is full of oddball characters in supporting roles. What makes the show stand out, however, is how the central pair ensures to weave a huge beating heart of sentimentality and warmth through the warped worldview that it holds. Over the seasons, the series begins to mirror real-life incidents of the cast members, making it all the more enjoyable. If you stick till the end, the final arc might feel a little jarring with the time jumps and the uneven narrative, but the episodes remain as funny and relatable as ever. More importantly, the show champions the bond between characters rather than highlighting the conflicts, which is rare for American sitcoms which tend to sacrifice warmth and honesty for antihumanist mentalities.

Playing House Season 4 Release Date: When will it premiere?

‘Playing House’ season 3 premiered on June 23, 2017, and the last episode was aired on July 14, 2017. On October 30, 2017, actors Jessica St. Clair and Lennon Parham declared in an emotional video that USA Network had canceled the show. Season 3 was the final season made available to the audience after which the show was pulled off-air. The series is available to watch via VOD.

The network and studio issued a statement saying, “USA Network and Universal Cable Productions want to thank Jessica, Lennon and the entire cast and crew of Playing House for being amazing partners for three incredible, hilarious seasons”.

There’s a slim chance that some other network picks up the show, but since it hasn’t happened till now, it’s almost guaranteed that ‘Playing House’ season 4 might ever come back again.

You can check out the trailer for Season 3 of ‘Playing House’ below.