Will There be a Playing With Fire Sequel? 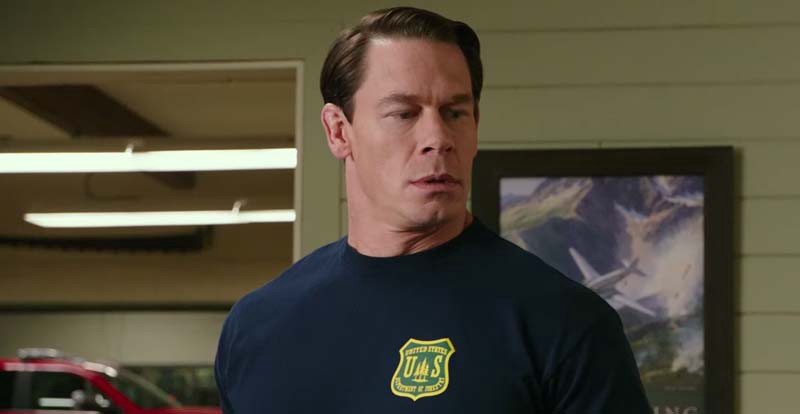 Burly men make the best babysitters in ‘Playing with Fire’. The family comedy does not hold back on the laughs as we see a group of firefighters meeting their match when they have to take care of three boisterous kids. How difficult might it be for firefighters to handle a couple of kids, you might wonder. After all, the firefighters are accustomed to handling dangerous situations all the time, some of them even deadly. However, handling kids is a curveball for them, as the gruff muscular team finds themselves ridiculously out of their depth.

The grown-ups start off being emotionally distant, merely interested in controlling the kids, but eventually, they end up befriending them, as the plot of the movie unfurls. It is a formulaic approach pitting muscular men against kids, to see the latter run circles around the former. Hollywood has been doing it in movies like ‘Kindergarten Cop‘ and ‘Tooth Fairy’ for a long time. Since the formula worked for both these movies, there is no reason why ‘Playing with Fire’ won’t be a success story either.

Kids are bound to love the content, which will feel fresh to them if they have not seen similar movies. The cast also delivers strong performances to accentuate the overall experience. There is a good chance that we might be getting a sequel to ‘Playing with Fire’, depending on how well it performs, because the film has all the necessary ingredients in place. Thus, without much ado, let us tell you everything we know about ‘Playing with Fire 2’.

Playing with Fire 2 Plot: What Can It Be About?

‘Playing with Fire’ ends on the note of the firefighters becoming friends with the kids. Even the toughest and quietest of them turns out to be a big softie at heart. Thus, if ‘Playing with Fire 2’ were to come out, it would definitely pick up the plot from here. We could see the same firefighters back in action, this time handling a different group of kids, who give them new troubles. They might have thought they had become experts at handling kids, but it will be really funny to see them bamboozled again as children get up to all sorts of mischief.

If this comes across as too similar to the plot of the first movie, the sequel could include some fresh fun in the story. The firefighters could rescue a bunch of animals, most probably dogs, and the rest of the movie could play out about these men caring for the animals, perhaps making them pets. It would be emotional and funny at the same time, which is what family comedies aim for anyway.

‘Playing with Fire 2’ could decide to turn back time and look at how the firefighter group that we meet in the first movie, has been formed. We already know that ‘Supe’ has a history in a previous fire department. The sequel could explore how these men came together to be a team, and how they share laughs among themselves. Obviously, this would make it more of a workplace comedy, but that could be an interesting avenue to explore.

We could also see these firefighters attempting to save their station from a series of mishaps, which could be funny if handled well. Basically, with a likable group of core characters, ‘Playing with Fire’ has opened up multiple opportunities for itself, and it remains to be seen what the sequel explores, and whether it leads to the formation of a franchise.

Playing with Fire 2 Cast: Who Can Be In It?

The firefighters at the station make up the cast mainly and we can be sure that they will be back in the event of a sequel. Thus, we will have John Cena reprising his role as Jake “Supe” Carson, the emotionally distant firefighter who grows to love the kids. Cena’s face is extremely bankable and his star prowess is enough to see a movie reach new heights, not to mention that his charm always helps in making a movie-watching experience better. Thrown into the mix will be comedic talents like Keegan-Michael Key as Mark, who will surely be looking to bring back the maniacal performance he delivers in the first film. We are also likely to see Tyler Mane returning as the ax-wielding firefighter who is also called Axe.

Apart from that, Judy Greer could return as Dr. Hicks, Jake’s love interest. Perhaps the sequel will give her a bigger part, allowing the skilled actress to showcase her talents. The other cast members who could return, are all members of the fire unit. Maybe new characters could come on board, which would make the team dynamic even more interesting in the sequel.

Playing with Fire 2 Crew: Who Can Be Behind It?

‘Playing with Fire’ has Andy Fickman directing with a story from Dan Ewen, while Ewen and Matt Lieberman have written the screenplay. In the event that a sequel is made, the entire team is likely to be back on board, because working together has turned out rather well for them.

Playing with Fire 2 Release Date: When Can It Premiere?

‘Playing with Fire’ took a little over a year to come out, from the time the project was announced. This leads us to believe that if a sequel is greenlit almost immediately, we could see it sometime by the end of 2020. However, nothing has been confirmed yet, so we feel it will be at least 2021, or even 2022 till ‘Playing with Fire 2’ comes out. Of course, the delay will take place if it takes the team a relatively long time to come up with a story.

‘Playing with Fire 2’ does not have a trailer, but you can check out the trailer of the first movie to get an idea of what the sequel might deal with.