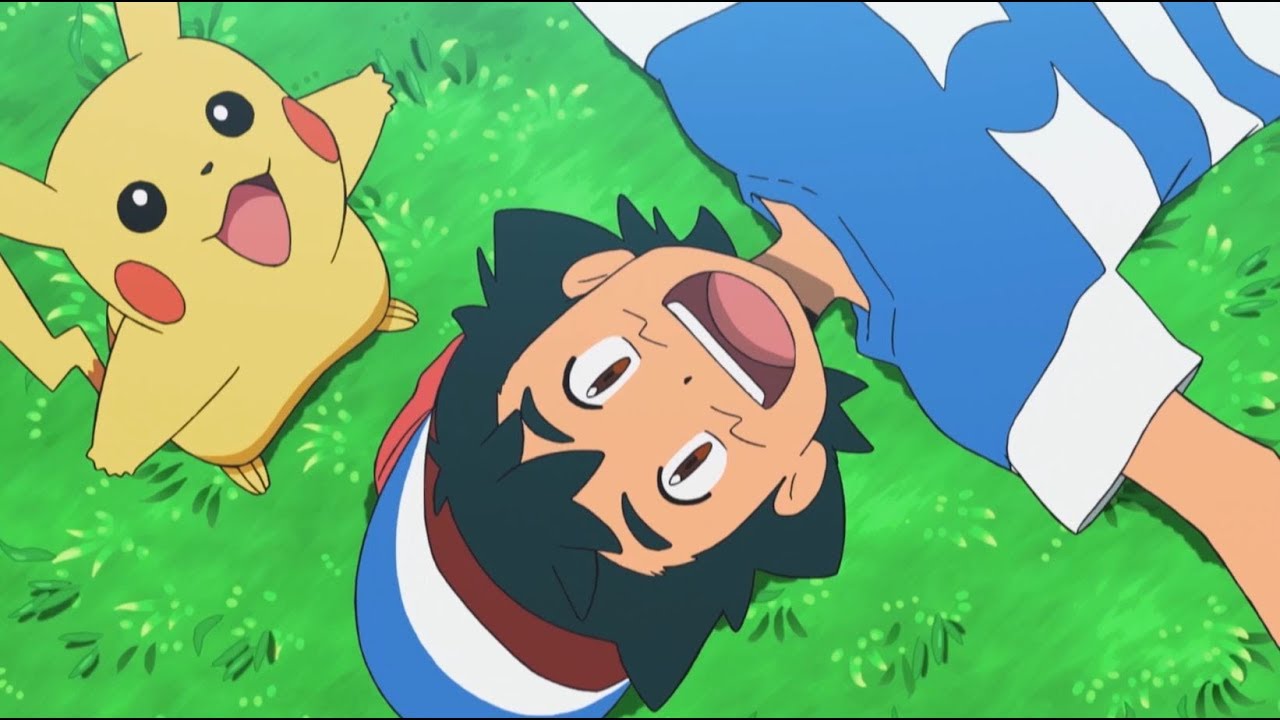 Sometimes, certain things just end up being in the right place at the right time. ‘Pokemon’ is a franchise that is obviously not unique in its presentation but when we consider its reception in all the different mediums, it certainly has something about it that makes it a worldwide phenomenon. Upon its release, the series became the most popular anime of its time. Kids from all over the world just flocked on it like moths on a flame and the anime was flooded with fans throughout the late 90s and early 2000s. Meanwhile, most adults were confused about how something could just get so popular all of a sudden. Soon after this, even the games became best sellers and all the credit for that goes to the anime.

A lot of Shounen titles of the 90s started off the same way and then went on to create their own unique identities. The best thing about most of these shows, including ‘Pokemon’ and others like ‘Dragon Ball Z‘, was that anyone could jump right into these at any point of time and still quickly figure out what exactly was going on. The plot of the anime is as simple as it can get and it’s this simplicity that allowed it to have a constantly growing fanbase back in the day. This really worked in the show’s favor as online streaming was not a thing back then and most viewers would watch the show on televisions. Most anime viewers today, including me, wouldn’t be the same if it wasn’t for ‘Pokemon’. And out of all these people, a majority would not even enjoy watching it again if given a chance. However, it still holds a very special place in everyone’s hearts as it marked the beginning of a whole new era in the world of cartoons.

Pokemon Season 23 Release Date: When will it premiere?

‘Pokemon’ is one anime that was known by the world before anyone even knew what an anime was. The original ‘Pokemon’ series premiered on April 1, 1997 and went on till November 14, 2002. This was then followed by 7 more series in the franchise and to date, the entire franchise has had 22 seasons with 1070 episodes, excluding the “Specials”. The last episode was recently premiered on July 7, 2019 and its English version has been scheduled for November 9, 2019. ‘Pokemon’ is one of the longest-running anime franchises and from what it looks like, it is not coming to an end anytime soon. In fact, it is probably one of those rare few forever-running-anime that just keeps coming up with series after series.

It is also being said that though the recent ‘Sun and Moon’ series comes right after the ‘XYZ’ series in order, it is actually the beginning of a whole new ‘Pokemon’ anime. If that is the case, then ‘Sun and Moon’ will surely progress even further and will be followed by more number of series. At this point in time, we can be pretty sure that the ‘Pokemon’ franchise is far from being over. There have been no official announcements regarding its new season yet as the English version of it has not even released. But we can certainly expect some news regarding its renewal before the end of 2020. And when that happens, we will update ‘Pokemon’ season 23 release date here.

Since there are so many different series that have many different seasons of their own, it is difficult to point out one particular platform where you find the English Dubbed version of all. But if you are looking for a one-stop platform for all of its episodes, then the official Pokemon TV is your best option. Also, as a viewer, you should know that ‘Pokemon’ has many different versions of its English dub, out of which the 4Kids version is considered to be the most popular one. But if you’re really choosy about your anime dubs, then you might want to try out the other versions as well before you start watching any particular series in the franchise.

Since the past 15 years now, ‘Pokemon’ has created a legacy of its own by enchanting kids from all over the world through its video games, trading card games, toys, anime series, movies and so much more. But all of this was started off with an anime that basically revolves around these animal-like creatures who come in all shapes and sizes. The world is full of these strange creatures who possess a vast array of abilities. While these creatures and humans tend to coexist, some humans are Pokemon trainers who capture these and then battle one another using the creatures.

The main protagonist of the series, for the most part of it, is Ask Ketchum, who is named Satoshi in the original version. Ash is another aspiring Pokemon trainer who wishes to be the best in the world someday. Along with two other friends named Brock and Misty and also his very own Pokemon who goes by the name Pikachu, Ash sets out on a journey to make his way to the top. Along the way, the three meet several competitors; they get to capture many different kinds of Pokemon and also, they keep running into “The Team Rocket” from time to time who make nefarious schemes to steal powerful Pokemon. But in the end, it’s on Ash and his friends to overcome all the odds, along with their Pokemon, to eventually claim the title of “Pokemon Master.”

Brock is originally the Gym Leader of Pewter City Gym. After Ash Ketchum defeats him in a Pokemon battle, he gives up on his title and decides to join Ash for a long period of time. He dreams of becoming a great Pokemon breeder someday but after a slight shift in his interests, he decides to become a Pokemon Doctor much later in the series. Brock is a very notable figure for his eyes that are closed almost all the time. Out of the people who travel with Ash during his journey, he is the tallest and also the closest to looking like an adult.

Ash Ketchum is the main protagonist of the series who has always dreamt of becoming the world’s greatest Pokemon Master. The day he turns ten, he rushes to Professor Oak’s office to get his first ever Pokemon. When he arrives there, he is left with only one option and that is a Pokemon named Pikachu. At first, Ash and Pikachu don’t get along too well and Pikachu never misses out on an opportunity to electrocute Ash. But later, Ash shows that he is truly worthy of being Pikachu’s friend by putting his own life on the line for the creature. From this day onwards, the two become inseparable and together try to fulfill Ash’s dream.

Misty makes her debut appearance in the very first episode of the show, in which Ash takes Misty’s bike and wrecks it by Pikachu’s ThunderShock. She then starts following him on his journey, hoping that he would pay her back for the damage. But after a while, she completely forgets about her bike and becomes one of his closest friends. Misty is a cute young girl who has orange hair tied up in a ponytail and green eyes with fair skin. She mostly specializes in Water-type Pokemon.