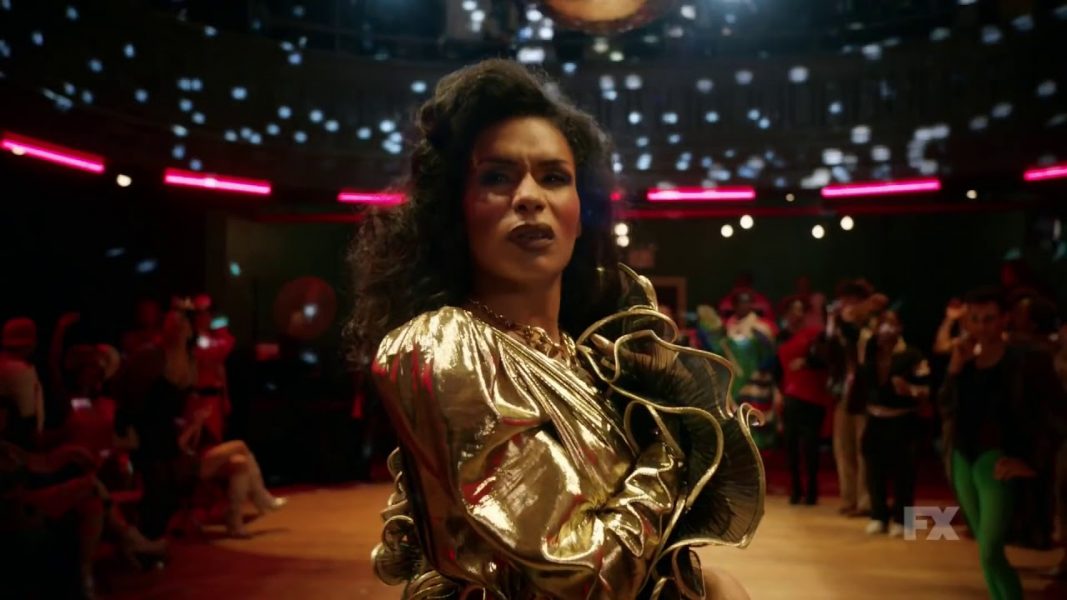 ‘Pose’ is an American drama television series that airs on FX. It first premiered on June 3, 2018. The show has been created by Ryan Murphy, Brad Falchuk, and Steven Canals. Janet Mock is a co-executive producer, and Our Lady J is a supervising producer.

The show is set in the ’80s and explores the glamorous and scandalous New York City and how it respires through the advancing world. An exotic mix of various cultures and lifestyle choices, the series quickly attracted a strong and interested fan base. The critics have praised the series for its aesthetics, ambition, and focus on the minorities, with one critic saying it is “an engaging portrait of dark days met with merriment. Pain and perseverance are sewn together to create something humble yet fabulous—and, it should be shouted over all the show’s loud and glorious clamor, very much long overdue.”

Pose Cast: Who is in it?

The star-studded cast for ‘Pose’ includes names like Evan Peters and Kate Mara leading the charge. The predominantly unknown cast includes many first timers and background actors who have sprung to the center stage. But it is the casting of MJ Rodriguez as Blanca Rodriguez/Blanca Evangelista, “an HIV-positive trans woman who is the new mother of House Evangelista and former member of House Abundance”, which has really given the show a new meaning and outlook.

Bettie Midler, the star of ‘Hocus Pocus’ and Judith Light joined the show in the second season. Sandra Bernhard got bumped up from a guest star to a series regular and Patti LuPone, the Broadway legend, also joined the cast for season two.

Apart from the main cast, which includes plenty of trans actors, which is a major step in the right direction for diverse representation, the show has several supporting and guest characters who make the entire experience much richer, which is exactly what the network intended. In the next season, most of the main cast is expected to return, and we might even see some new characters.

Pose Plot: What is it about?

Here’s the official synopsis of the show: “Set in the 1980s, “Pose” is a dance musical that explores the juxtaposition of several segments of life and society in New York: the ball culture world, the rise of the luxury Trump-era universe, and the downtown social and literary scene. Blanca forms a “house,” a self-selected family that provides support to LGBTQ youth who have been rejected by their birth families. Damon is a dancer who joins Blanca’s house. Together, they compete in the balls — where house members challenge each other in various categories and are judged on their outfits, attitude, or dance skills — against Blanca’s former house mother, Elektra. Pray Tell is Godfather to the children who compete in the balls. Angel is a streetwalker who develops feelings for a new client, Stan, who has a loving wife, Patty. James Van Der Beek co-stars as Stan’s boss, Matt.”

What stands out about the show is how it brings a different era into life, but it is not just about escapism, it makes you fall in love with that time period. Not only does it bring the glitz and glamor of that time period, but all its problems and politics too. Thus it tackles issues like sexism, racism, transphobia, and the AIDS crisis, all the while also showing the glamor of the ballroom and manages to treat all these aspects with a degree of pathos and respect. Appearance and reality are contrasted on the show, and as we see, the series just shoves a subculture from another time into the mainstream and does not do it under the garb of a lecture on identity politics. The artistic endeavor here is to establish that the culture already exists and must be accepted. The show walks the walk in this respect.

Hopefully, the upcoming season will continue in a similar fashion. The season is expected to show more of the activism and access to healthcare after the Act Up group was set up following the AIDS crisis. The future looks both gritty and glitzy for ‘Pose’.

Pose Season 3 Release Date: When will it premiere?

‘Pose’ season 2 premiered on June 11, 2019. Soon after the second season premiered, on June 17, 2019, FX renewed the show for another season. John Landgraf, CEO of FX Networks and FX Productions had this to say to Variety: “Pose has elevated our culture and the TV landscape like few shows before it, and we are honored to partner with co-creators Ryan Murphy, Brad Falchuk and Steven Canals on a third season,” said John Landgraf, Chairman, FX Networks and FX Productions. “Our thanks to the entire creative team, including Nina Jacobson, Brad Simpson, Alexis Martin Woodall, Sherry Marsh, Janet Mock, Our Lady J, Erica Kay, the amazing cast and crew and everyone at Fox 21 Television Studios and FX Productions for this incredibly entertaining, enlightening and groundbreaking series.”

Even though no release date was announced, we can make an educated guess that just like the previous two seasons, Pose season 3 will also premiere in the month of June (i.e. June, 2020). Don’t forget to mark your calendars, so that you don’t miss one of the best shows on television.

While we wait for an update on Pose season 3, check out the season 2 trailer to refresh your memories. If you haven’t seen the show yet head over to FX to catch all the episodes of the previous seasons.