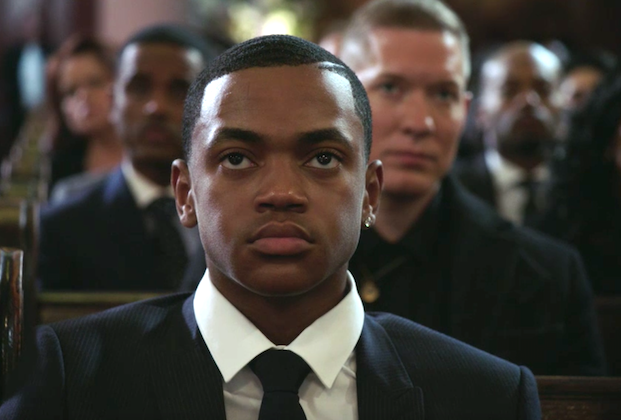 ‘Power Book II: Ghost’ is an upcoming drama series which will mark to be the official spin-off of smash-hit ‘Power’ (2014-2020). The spin-off is expected to expand the world created by its predecessor and most probably will tie the loose ends left hanging in the finale. For this installment, Michael Rainey Jr. has come on board to play the lead role of Tariq St. Patrick, who will pick up the story in the aftermath of what went down in the ‘Power’ finale. We’ll witness the burden that is imposed upon him as he finds himself torn between putting his father’s legacy to bed for good and saving his family’s fall from grace. Going into this spin-off, what do we need to expect? Here’s everything we know about ‘Power Book II: Ghost’.

‘Power Book II: Ghost Season 1’ will release on September 6, 2020, at 9 pm ET. The first of four spin-offs (as revealed by Stars president Jeffrey Hirsh at the Television Critics Association), ‘Power Book II: Ghost’ was initially due this summer, but the global pandemic impeded the production at the time. The fans will be able to watch the show on Starz, the same broadcaster that aired the original series ‘Power’. However, fans in the UK will have Amazon Prime Video to turn to.

Power Book II: Ghost Season 1 Cast: Who is in it?

As established earlier, Michael Rainey Jr. is back as Tariq St. Patricks, with Tasha St Patrick (played by Naturi Naughton) by his side. The musician and actress Mary J Blinge is cast as Monet, along with rapper-songwriter Method Man playing the role of Davis Maclean, a defense lawyer. Monet Stewart Tejada (played by Mary) is a Queens-based businesswoman who rules her terrain with an iron fist, whose paths will cross with Tariq, altering the course of his life.  Lauren (played by Paige Hurd), Cooper Saxe (played by Shane Johnson), and Ghost (played by Omari Hardwick) are in supporting roles — most likely in flashbacks.

Power Book II: Ghost Season 1: What can it be About?

The bloodbath that was the final episode of ‘Power’ will be the launching ground for this spin-off. Book II will follow Tariq navigating his new life after his family’s destructive fate set up in the season six conclusion. With him in college, he would be working around the clock to support his remaining family and figuring out a way to get his mother out of prison.

Talking about the decisions made on behalf of these characters, creator Courtney Kemp Agboh said, “Look, some part of me is nervous about what the audience will think.” She continues, “Some part of me is also really proud of this kind of storytelling, and what we’ve done and the kind of product we have given our audience and led them to expect. But we ran out of road.”

“I mean, to be honest with you, with love and all respect, I did not want to end the series in a non-definitive fashion, and then I did not want the audience to go ‘I don’t know what happened’. I’m going to honor the idea of a complete tale with ‘Power’. So, there’s a beginning to this story, there’s a middle to this story, and then there’s an end, and what you’re seeing is me writing the end now.”

It is safe to assume that this spin-off will further set the stage for another subplot to come to the forefront. While that happens, we can’t wait what twists the ‘Power Book II’ have in store for the viewers.

Read More: Where Was ‘Power’ Filmed?