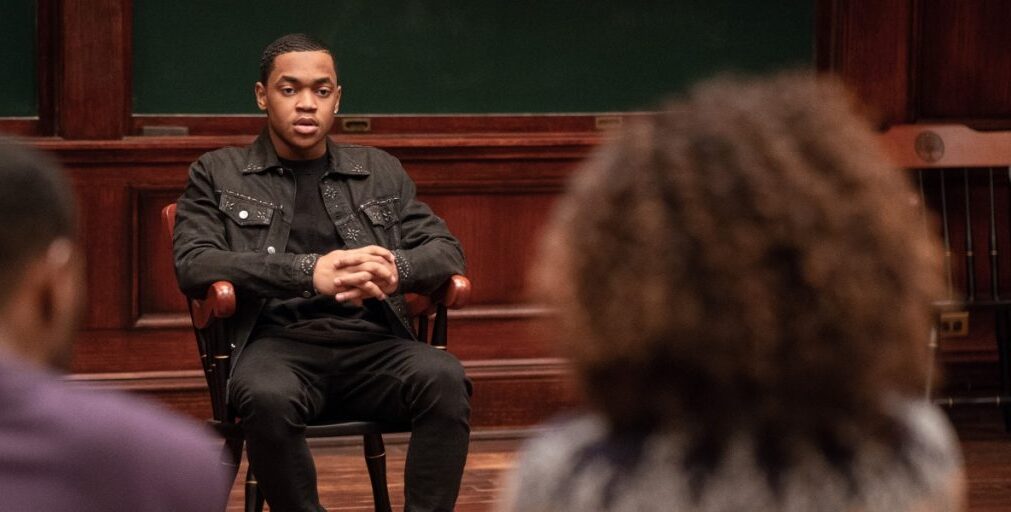 Created by Courtney A. Kemp, ‘Power Book II: Ghost’ is a spin-off of the award-winning series ‘Power.’ The show picks up from the events a few days after the finale of the original series. Tariq finds himself forging a way to shake off his father’s shadow as he tries to keep his family safe. When he crosses paths with the Tejada family, he puts much more at risk than he had ever imagined. It follows Tariq as he tries to balance his life as a student and his associations with the underworld.

The crime drama has been praised for its storytelling and has a loyal fan base since it is part of the ‘Power’ franchise, which continues to grow in popularity. This series premiered in September 2020 on Starz, and naturally, the fans want to know if they’ll get to watch ‘Power Book II: Ghost’ season 2. Here is everything we’ve got on the upcoming season!

‘Power Book II: Ghost’ season 1 premiered on September 6, 2020, on Starz, with the season capping on January 3, 2021. The first season comprises ten episodes with a running time of 60-70 minutes each.

Being a part of the ‘Power’ Universe, the series received a great start and delivered on the promise. Naturally, the show was renewed for its second season in September 2020, just two weeks after the release of season 1. However, an exact release date has not been revealed yet. Since season 1 released in September 2020, we can expect ‘Power Book II: Ghost’ season 2 to release sometime in Fall 2021.

Power Book II: Ghost Season 2 Cast: Who can be in it?

The cast also includes Danilo Ramirez (Shalim Ortiz), Ezekiel “Zeke” Cross (Daniel Bellomy), Brayden (Gianni Paolo), Joseph Sikora (Tommy), and Jabari Reynolds (Justin Marcel McManus). In season 2, we might get to see most of the actors returning to reprise their roles, except for maybe a few. Since Danilo Ramirez and Jabari’s characters are killed on the show, we might not see Shalim Ortiz and Justin Marcel McManus returning for season 2. We may also be introduced to new characters, which means seeing some new faces.

Power Book II: Ghost Season 2 Plot: What can it be about?

Towards the end of season 1, Tariq confesses to his lawyer, Tameika, that he had killed his father, Ghost. He is even willing to admit the same in court, but he has caught on to MacLean and Saxe’s game. In court, Tariq says that Saxe has been tracking him illegally and even hints at blowing the whistle on Saxe and MacLean’s unethical alliance. With some push and pull, Tasha names Tommy as the kingpin of the drug operations in exchange for Witness Protection, and gets out of jail.  Tommy comes back into the picture to kill Tasha, but Tariq finds a way that can be a win-win for all. However, nothing is guaranteed. When Tommy points a gun at Tariq, he is ultimately saved by Monet! In the final episode, Tariq kills Jabari, which is another big moment in the show.

In season 2, we can expect to see Tariq’s association with the Tejada family get even messier, with much more at stake. After Tasha gets out of jail, circumstances cause Tasha to separate from Tariq, so we may not see much of her in the upcoming season. In season 2, the creators want to explore Tariq’s “total isolation.” Looking at the way things are going down with Tariq, will he find himself becoming more like Ghost? The cat and mouse chase with Tommy may seem like it is on pause for now, but is that really the case?