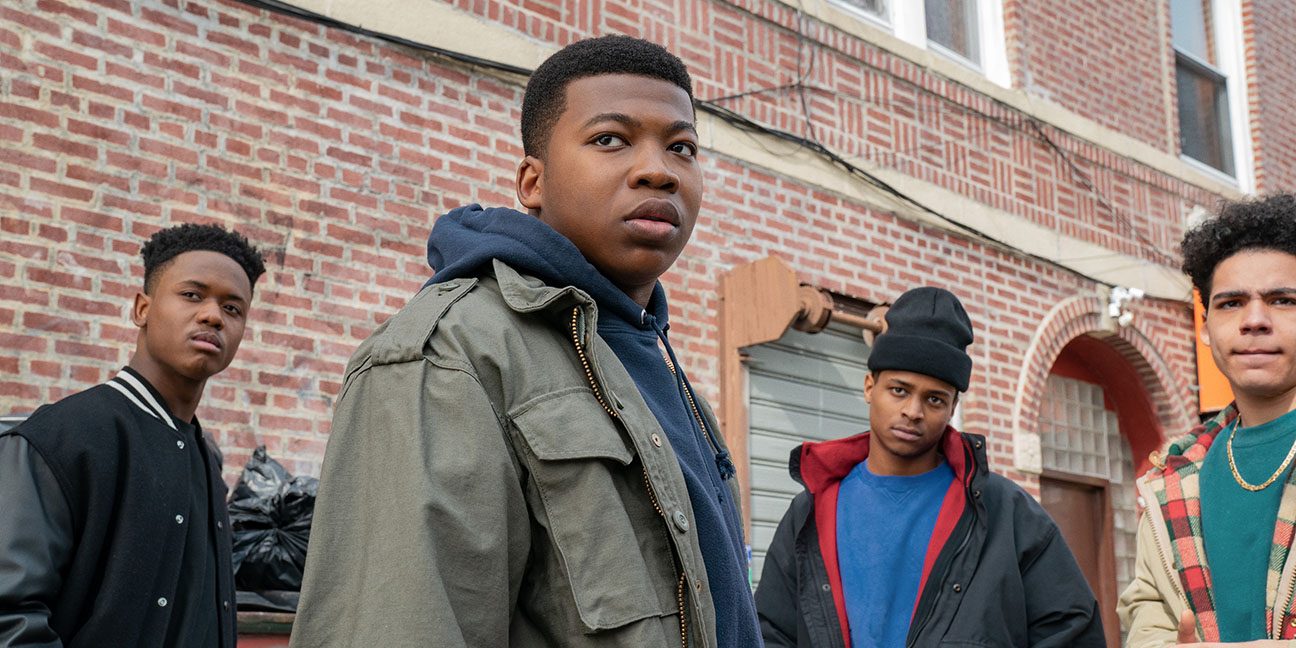 Created by Sascha Penn, ‘Power Book III: Raising Kanan’ is an electrifying coming-of-age crime drama show. The Starz original show is a spin-off of the acclaimed crime-drama television series ‘Power,’ and it serves as a prequel to the original. Set in the 1990s South Jamaica, the series follows the titular character, Kanan Stark, as he charts the alleys of his family’s sprawling drug empire.

Since its premiere in 2021, the show has garnered widespread acclaim thanks to its energizing pace and gritty portrayal of a drug-laden underworld. However, following the cliffhanger finale of the first season, you must be wondering about the prospects of the second installment. In that case, let us spill all the beans.

‘Power Book III: Raising Kanan’ season 1 premiered on July 18, 2021, on Starz, with the season finale being premiered on September 26, 2021. The first season packs 10 episodes with runtimes per episode ranging between 50 and 60 minutes. Let us now get into the development of the sophomore season! Season 2 was greenlit by the original network on July 12, 2021, ahead of the first season’s premiere. It went into production in New York shortly after, and filming is still ongoing as of November 2021.

Even if the production is wrapped up by the end of 2021, post-production will take some additional weeks. Furthermore, series co-star Patina Miller confirmed that the second season would land on the network next year. Therefore, we can safely predict ‘Power Book III: Raising Kanan’ season 2 to premiere sometime in Summer 2022.

Power Book III: Raising Kanan Season 2 Cast: Who is in it?

Among the new cast members, ‘Queen Sugar’ fame Omar Dorsey will appear as a business tycoon named Cartier “Duns” Fareed, while ‘Greenleaf’ fame actress-musician LeToya Luckett will take up a central role as Kenya, Jukebox’s mom. Krystal Joy Brown will essay the character of Renée Timmons, Marvin’s therapist, alongside Paulina Singer, who will don the garb of Zisa, an up-and-coming singer hoping to break into stardom with the help of Lou and Crown’s label. Moreover, ‘Sistas’ alum KJ Smith will take up a recurring role as a young mother named Palomar who moves into Famous’ neighborhood.

Power Book III: Raising Kanan Season 2 Plot: What can it be About?

In the season 1 finale, nothing goes as planned for Raquel, who, out of vengeance, sends Kanan to shoot Detective Howard, his biological father. The plan fails as a nervous Kanan cannot follow his mother’s directions. While fleeing from the scene, he leaves his DNA all over the place, and on top of it, is seen by a witness. Marvin gets arrested by the police, which puts a dent in Raquel’s plan to get Kanan out of the town.

Furthermore, Raquel and Lou-Lou get caught up in a fight, as Raquel claims everything that Lou-Lou owns is hers, including the record label. After being questioned by the police detectives, Jukebox lets Kanan know about himself. The ending of the final episode of the first season reveals that Howard is still alive.

Though the makers haven’t revealed anything yet, we can expect to witness a few things right off the bat. The second season will possibly probe further into the backstory of the titular character. At the same time, the season may start filling the blank spaces in Kanan’s story as it lumbers towards the original series’ storyline. At a future point, the prequel series will most likely join the gap.

While the first season expends more energy to establish the characters, the second season will possibly see Kanan solidifying his ground. Raquel and Lou-Lou will seemingly fall apart, as Lou-Lou wants to steer clear of the drug business. Raquel and her brothers may also end up in jail for a while. Unique may snitch on the party, while Kanan will have to lay low for a while. Moreover, we are yet to hear Howard’s testimony. Therefore, season 2 will seemingly have the plates full.