Will There be a Pretty Little Liars: The Perfectionists Season 2? 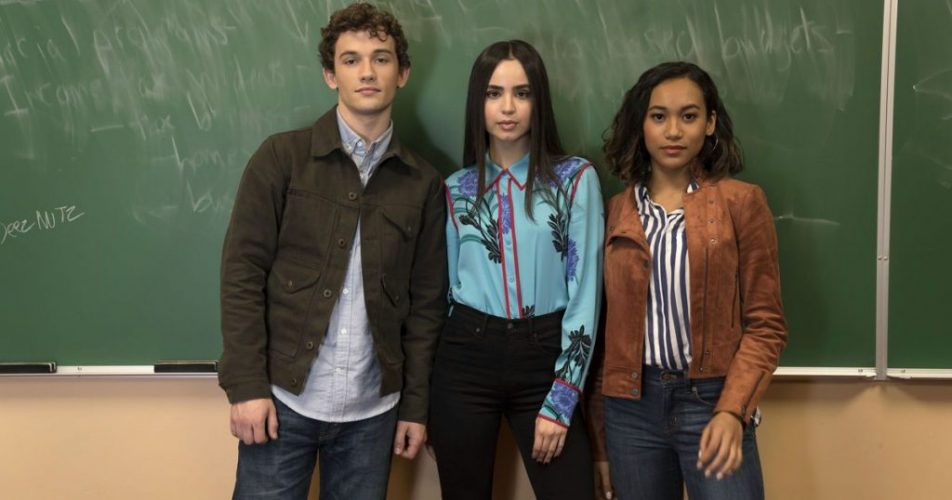 The first spinoff series from the show is called ‘Ravenswood’, but it never managed to garner much interest, and the sequel was canceled only after the first season. Interestingly, in the second spinoff, fans are able to see their favorite characters Alison DiLaurentis (Sasha Pieterse) and Mona Vanderwaal (Janel Parrish), making a comeback on-screen.

‘Pretty Little Liars: The Perfectionists’ is based on the eponymous book by Sara Shepherd. Marlene King is the creator of the show, and when asked regarding how closely it resembles its printed version, she said that it starts with the book, but branches off as there are twists in the novel which would be difficult to cover in the series.

Season 1 of the series did open to favorable reviews, with a 7+ rating on IMDB and a 100% Tomatometer reading on Rotten Tomatoes. But will there be a ‘The Pretty Little Liars: The Perfectionists’ season 2? Let’s find out.

Of course, the show had high expectations, considering it was the third and final installment from Freeform’s biggest hit ‘Pretty Little Liars’. It sees alums returning to reprise their original roles and also features the same writer/executive producer I. Marlene King.

However, its ratings could not even come close to those of the original version. Season 1 garnered an average viewership of 60,000 Live+Same Day viewers and a 0.12 rating in adults from the 18-49 demography. In short, ‘The Perfectionists’ could not live up to the high ambitions of Freeform.

As a result, Freeform finally pulled the plug on the show, marking the end of a beloved franchise. In other words, ‘Pretty Little Liars: The Perfectionists’ season 2 stands cancelled and is not returning with any new episodes.

Pretty Little Liars: The Perfectionists Cast: Who is in it?

Sasha Pieterse and Janel Parrish reprise their roles from the original show. Sydney Park, Kelly Rutherford, Eli Brown, and Sofia Carsonave also join the cast of the spinoff series. The character of Alison DiLaurentis (Sasha Pieterse) is now a professor. Sydney’s character Caitlin is an athlete, while Brown’s character is called Dylan, who is a cellist. Janel is Mona, the head of recruitment and admissions at BHU.

Ava, the role Sofia is playing, is that of a budding fashion designer. Some might know Sofia from the Disney movie ‘Descendants’ (2015). Chris Mason, who made a name for himself in Broadchurch (2013-2017), makes an appearance in the series.

Rosewood, Pennsylvania, the setting of the original PLL series, which is a major character in the parent show, is not the location here. Beacon Heights is located in Oregon. The title of the series, ‘The Perfectionists’, was chosen because Beacon Heights is a school of excellence. Here every single student is expected to be at the very top of their game if they want to be taken seriously by others.

The show’s creator Marlene King had earlier clarified that all four of the original PLL cast would not be making an appearance in the series, which turned out to be true.

Pretty Little Liars: The Perfectionists Plot: What is it about?

The story of the second spinoff series of PLL is loosely based on Sara Shepherd’s book, and it follows the story of three college students studying at Beacon Heights University. A fellow student at the university, Nolan Hodgkiss, is found murdered, and all three leading characters who are busy trying to prove themselves to be the best at college, have an alibi, a lie they have been telling around, and a secret each of them keep close to heart.

The pilot episode begins with a voiceover, which says that at Beacon Heights, it is a requirement to be excellent. We see a cellist practicing so hard that his fingers start bleeding. We see a girl jogging around late at night, and another one working on her designs. Chris Mason is the one who is playing Hodgkiss, the student who is mysteriously killed.

These are some of the questions we have in mind. There is a killer around even in the original series, on a quest for revenge. The series, like the book, has built the story around a murder happening around a college and some students getting caught up in the whole process. Alisson naturally gets involved and tries to solve the murder using her previous experiences of the same.

You can check out the season 1 trailer below to refresh your memories. If you haven’t seen the show yet head over to Freeform to catch all the episodes of the previous seasons.