Based on the manga series of the same name written and illustrated by Yūki Tabata, ‘Black Clover’ is a fantasy anime. This shōnen juggernaut revolves around two orphans, Asta and Yuno, who grow up together and share the same dream. They both want to become the Wizard King, the greatest magical authority in their land. The problem is, Asta possesses no magic whatsoever, while Yuno is a wind magic prodigy. This disparity is almost wiped clean when Asta receives his grimoire, from which he can draw a sword that can nullify magic. The anime show premiered on October 3, 2017. Here is everything you need to know about its upcoming episode.

‘Black Clover’ episode 169, titled ‘The Devil-Binding Ritual,’ is slated to air on March 23, 2021. Pierrot Studios (Naruto: Shippuden) produced the series. “Everlasting Shine” by Tomorrow X Together and “A Walk” by Gakuto Kajiwara serve as the opening and ending credit theme songs for the first three episodes. After that, “Grandeur” by Snow Man became the opening theme, and “BEAUTIFUL” by Treasure became the ending theme.

Crunchyroll is simulcasting new episodes of ‘Black Clover’ with English, Spanish, and Portuguese subtitles. Funimation is releasing a simuldub version of ‘Black Clover.’ The first three seasons are available on AnimeLab with English dubbing. You can also watch the dubbed version of the first season on Hulu. Youku Tudou is airing the anime in China.

In episode 168, the members of the Black Bulls take an unconscious Asta to Owen, who assures them that Asta’s condition is stable but admits that he can’t do anything about the young man’s devil-possessed arm. Vanessa, Finral, Gauche, and Grey learn with horror that the Golden Dawn squad has nearly been wiped out. When Grey requests Owen to take a look at where she has used her magic to patch Gauche, Owen remarks that Grey’s magic isn’t similar to the normal transformation magic. 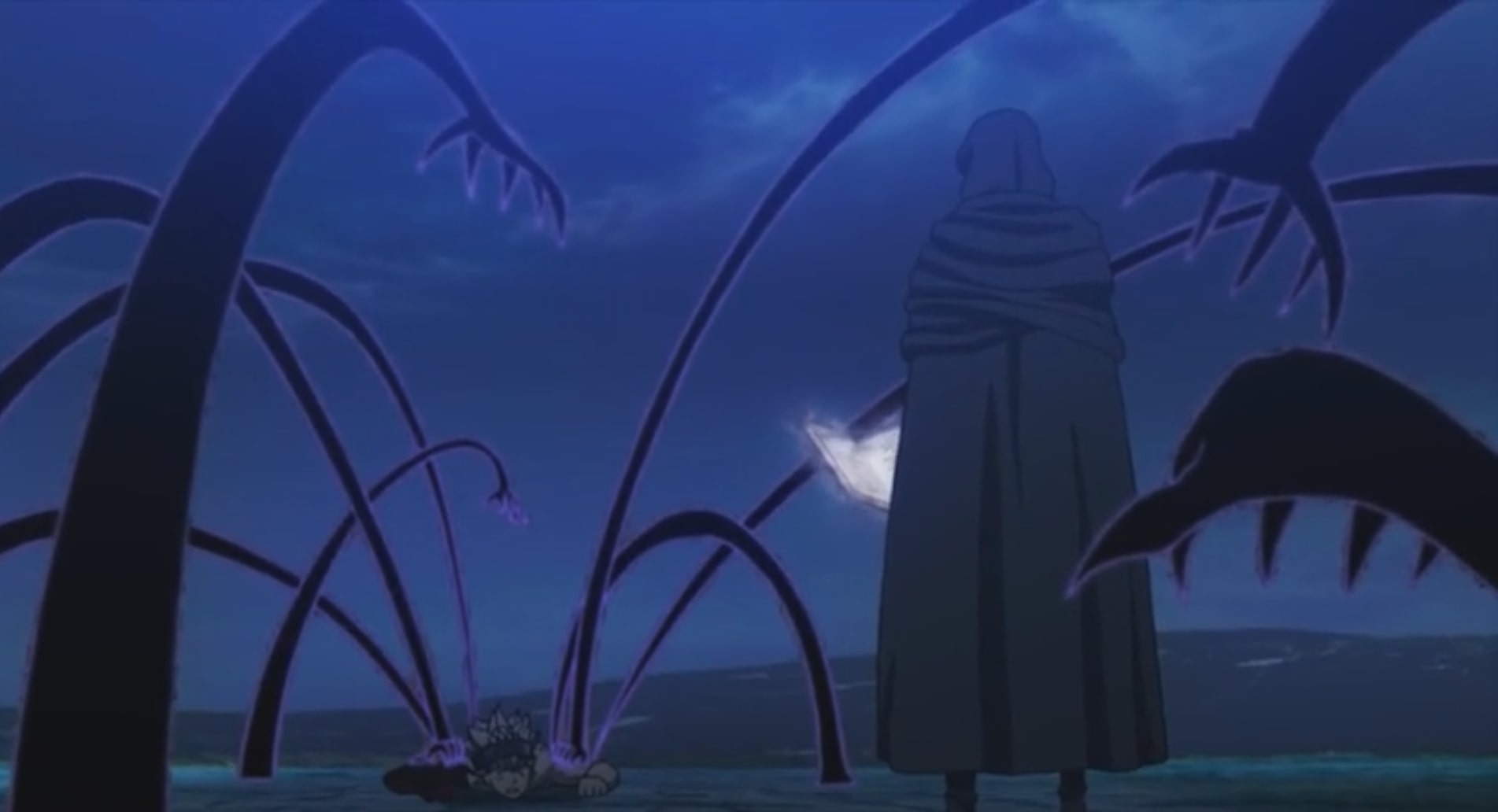 In his dreams, Asta struggles with the fact that Yami has been taken away. He wakes up and tries to go after his captain. This is when Nacht Faust, the vice-captain of the Black Bulls, returns. He has been working as a spy in the Spade Kingdom all this while. He convinces Asta that the latter is still ill-prepared for going to the Spade Kingdom alone and face the Dark Triads. Nacht subsequently begins training Asta on how to use devil magic. 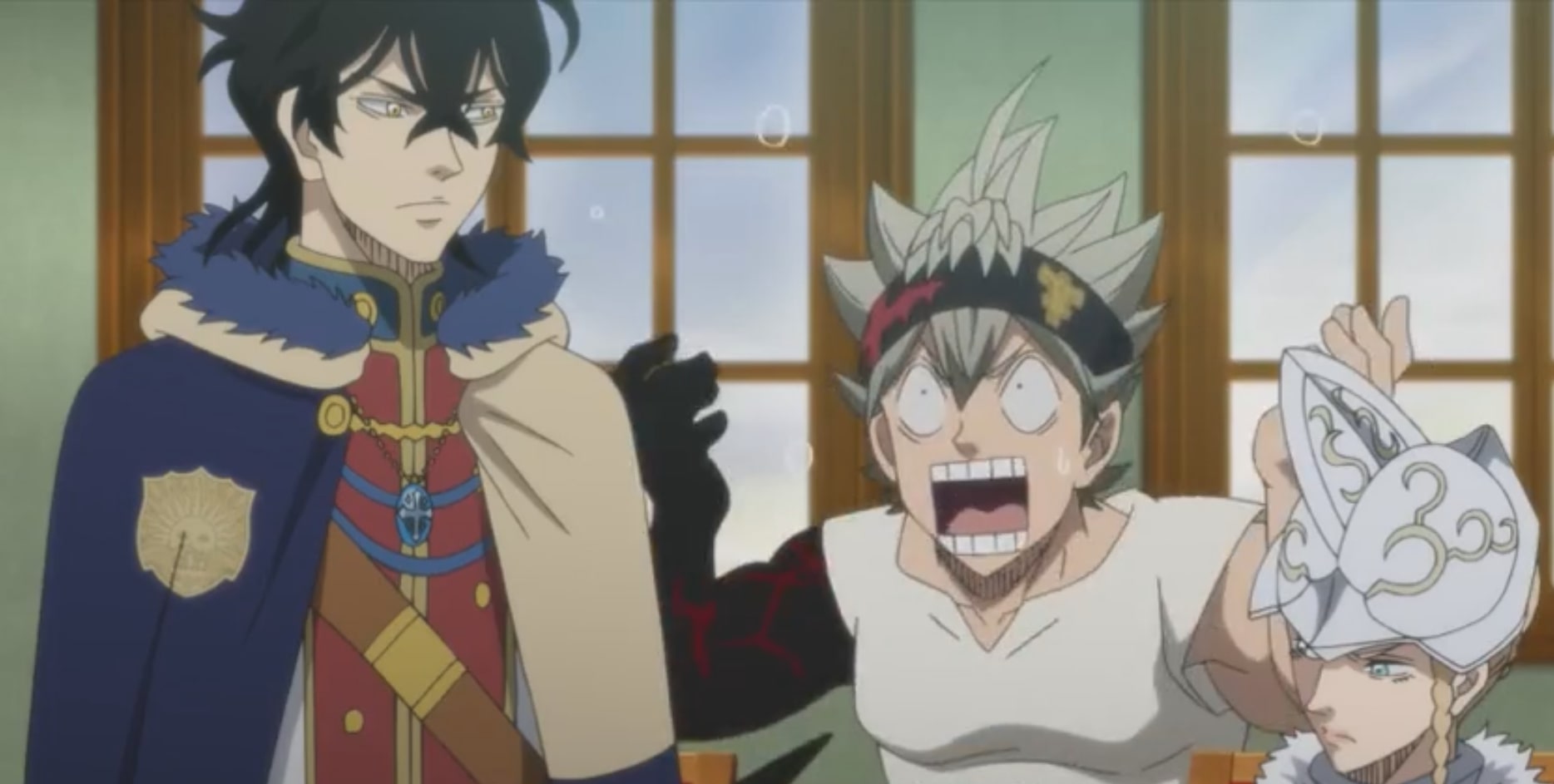 The following day, the rest of the magic knight captains and the Wizard King Julius Novachrono have a special meeting to discuss what has transpired. Jack the Ripper decides that he will infiltrate the Spade Kingdom by himself and rescue Yami and Vangeance. Nacht arrives with Asta and begins explaining what the Tree of Qliphoth actually is. Nacht declares that he will use Asta as the focal point of their attack. Yuno volunteers to become part of the expedition. When Yuno admits that he is a prince of the Spade Kingdom, no one is more surprised than Asta. The episode ends as the magic knights ponder whether the Heart Kingdom was attacked as well. in episode 169, a daring mission might get launched to retrieve Yami and Vangeance.