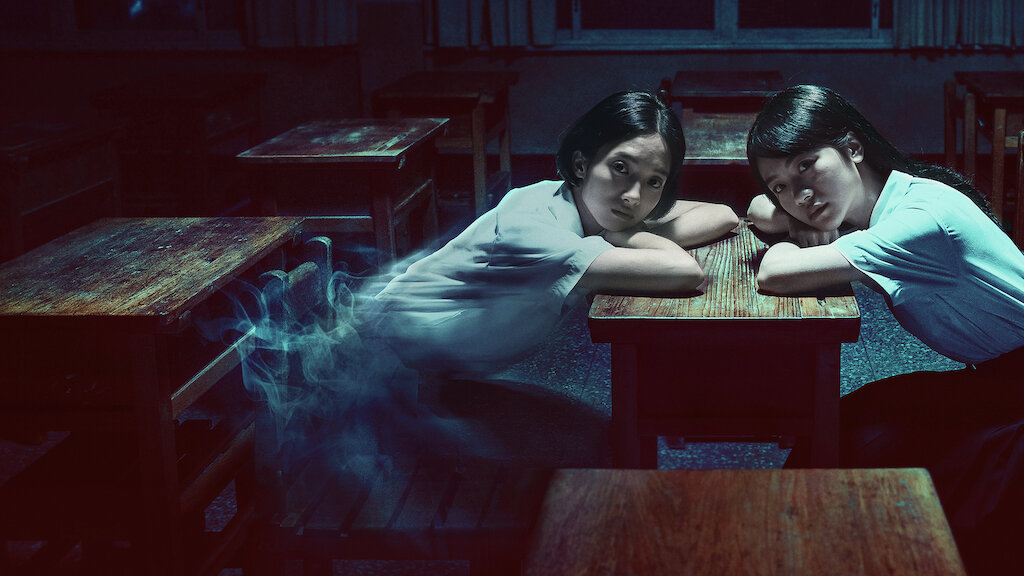 ‘Detention’ is a Netflix horror drama (Taiwanese) that focuses on a young schoolgirl’s dealings with the ghost that’s haunting her school’s building. Set simultaneously in the 1960s White Terror era and 1990s Taiwan, the show ‘Detention’ is based on a popular video game of the same name. Greenwood High School’s Hancui Building has been haunted ever since a girl committed suicide by jumping off of its roof 30 years ago. The building is out of bounds to all the students and faculty but new transfer student Yunxiang Liu goes there by accident and encounters the ghost of Ruixin Fang. Fang kills the teacher who is mean to Liu and expect’s Liu’s help in return. Here is what we can expect from the upcoming third episode of ‘Detention’.

‘Detention’ Episode 3 will release on Netflix on December 12, 2020, at 8 AM ET/5 AM PT. The show is slated to have a total of 8 episodes, with a runtime of approximately 50 minutes for each episode.

Where To Stream Detention Season 1 Episode 3?

Viewers can stream ‘Detention’ Season 1 Episode 3 on Netflix after it releases at the above-mentioned time. Subscribers can choose as per their preference if they want to watch on the app or on Netflix’s official website.

With her ghost encounters increasingly becoming more intense, Liu experiences a shift in personality. It certainly seems like Fang’s ghost has latched on to Liu. What are the teachers of Greenwood High School hiding? Will Cheng and his father succeed in doing the ghost-quelling ritual right? Can the new teacher Shen Hua be trusted, given that he is the principal’s son? Hopefully, the third episode answers these questions and more.

Liu watches as Mrs. Chao’s broken, mangled corpse is taken away from the school grounds. Cheng and his father fail to do the ghost-proofing ritual and the purge of the Hancui Building correctly. This, in turn, worries the principal and Inspector Pai. The principal puts his own son, named Shen Hua, in charge of Mrs. Chao’s class as a substitute teacher. Shen Hua asks the students to explain, in whatever medium they like, who they are. Liu pens and recites a darkly ominous poem in which she states that she feels half-dead and hideous. Shen Hua is impressed by her work. Liu looks into the mirror at her home but there is Fang’s ghost next to her own reflection.