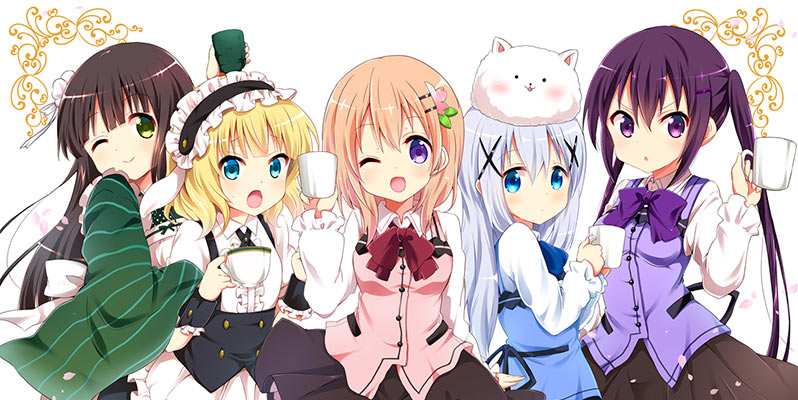 The CGCT (Cute Girls Doing Cute Things) trope has become quite a common sight in anime these days. Almost all slice-of-life anime now resort to this approach. And I won’t deny, it sure does add more heft to their light-hearted themes. Unfortunately, most of these anime have so much in common that you don’t have to watch others if you’ve already seen one. But even in a subgenre that is replete with exhaustive content, a few anime shows like ‘Gochuumon wa Usagi Desu ka? Bloom’ is still going pretty strong. On that note, if you have been following ‘Gochuumon wa Usagi Desu ka? Bloom’ all this while, here’s everything you need to know about its next episode.

All three seasons of ‘Gochuumon wa Usagi Desu ka?’ are available on Crunchyroll with their original Japanese audio and English subtitles.

‘Gochuumon wa Usagi Desu ka?’ centers on Kokoa Hoto, a friendly, highly energetic girl who effortlessly makes new friends. To attend high school in a completely new city, she moves away from home and starts living with the Kafuu family. But even after the move, she never struggles to adapt to her new environment. Within no time, she befriends Chino Kafuu, the reserved and introverted granddaughter of Rabbit House cafe’s founder. The young girl always walks around with a talking rabbit, Tippy, over her head.

Soon after this, Kokoa even starts working as a part-time waitress. While she’s at it, she becomes friends with a part-timer, Rize Tedeza, who is very different from most people Kokoa knows and also has unusual physical abilities because of her military upbringing. Chiya Ujimatsu becomes another one of her friends. She works at a competitor’s cafe and believes in doing everything at her own pace. Her third friend is Sharo Kirima, also a waitress. She, too, works at a different cafe and behaves like she’s a noblewoman but she’s quite impoverished.

Replete with goofy punchlines and eccentric drama, ‘Gochuumon wa Usagi Desu ka?’ highlights the life of five struggling waitresses who get together for the silliest of adventures.

You can check out the trailer for the third season of ‘Gochuumon wa Usagi Desu ka?’ below: