Based on a Japanese manga series written by HERO and illustrated by Daisuke Hagiwara, ‘Horimiya’ is a slice-of-life romance anime. It has quickly become one of the most-watched anime currently on television or streaming for its poignant portrayal of adolescent romance. The story revolves around popular and capable Kyoko Hori and shy and reclusive Izumi Miyamura and their relationship’s gradual evolution. The show also spends time and effort developing the supporting characters, infusing them with as much realism as the two protagonists.

On January 10, 2021, the anime premiered on Tokyo MX, GYT, GTV, BS11, and MBS and has earned rave reviews from critics and fans alike. Here is everything you need to know about its upcoming episode.

In episode 9, Izumi struggles with the idea that Kyoko wants him to hit and insult her. He is a mellow and kind individual and doesn’t know how to fulfill his girlfriend’s wishes in this regard. His reluctance makes Kyoko angry and frustrated. One evening, while returning from school, the two of them run into Izumi’s bullies from middle school. Kyoko stands up for her boyfriend and beats the bullies up. Later, Izumi reflects with wonder that he now has someone to get angry on his behalf. 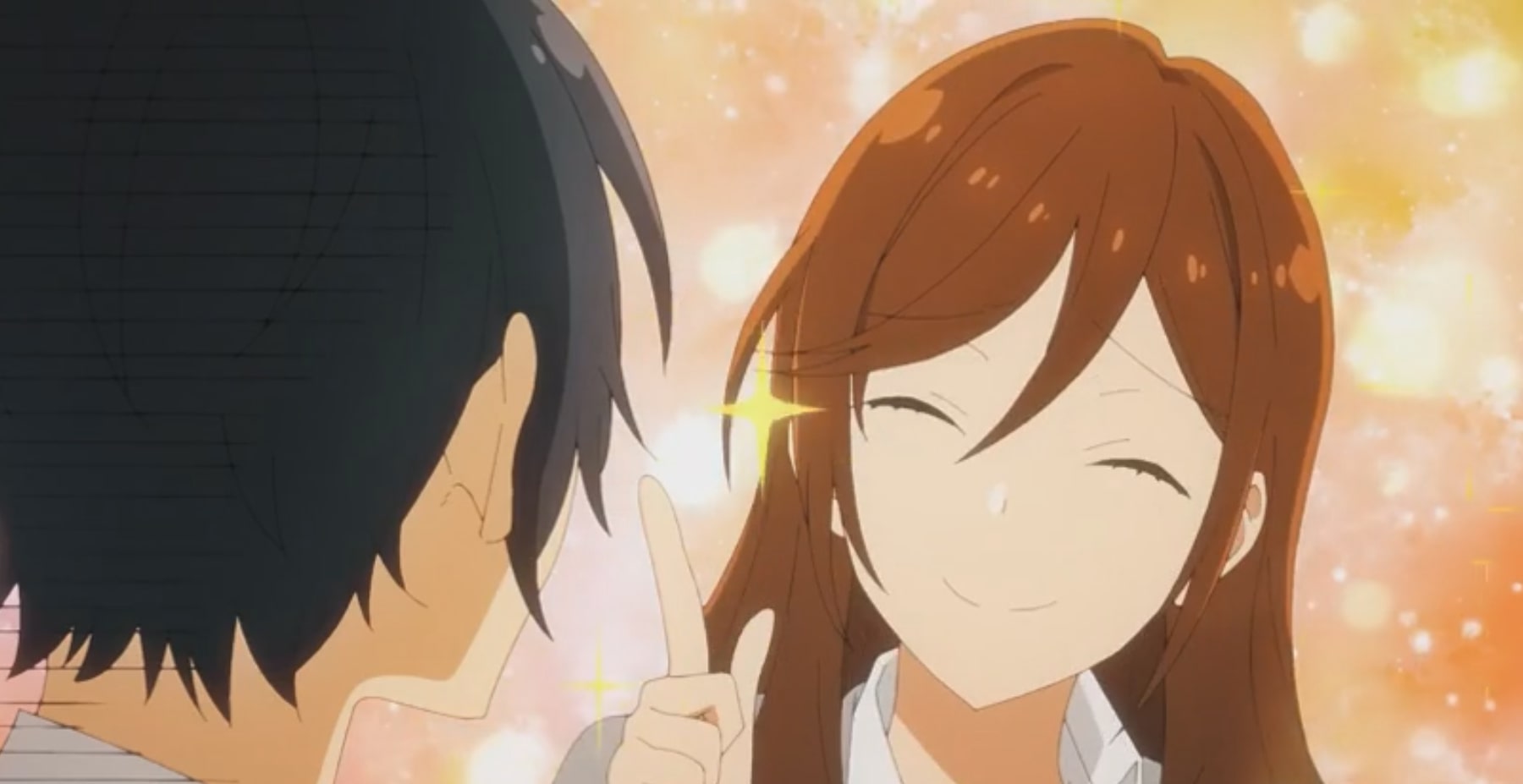 Izumi tries to be a bit more condescending and rougher towards Kyoko. Although he still doesn’t know how to deal with this particular kink of hers, he notices how happy she is when he is assertive and bold. He hugs her and tells her that he will do everything she wants. Later, he has a conversation with Kyosuke, who suggests that Kyoko might want Izumi to be dominant and violent because he is normally the exact opposite.

When Taiki Mizouchi, one of Izumi and Kyoko’s classmates, confronts Izumi about why Kyoko chose him over anyone else, Izumi hints towards his girlfriend’s submissive side. The episode spends some time in flashbacks, exploring the complex relationship between Izumi and one of his middle-school bullies, Makio Tanihara. Their school used to have a small herd of rabbits. They died after Makio forgot to feed them during the summer break. He subsequently blamed it on Izumi. Makio visits the Miyamura family’s dessert shop and meets Izumi. The two of them converse, and a friendship begins to form between them. In episode 10, the three members of the Student Council might arrange activities for their fellow students.