Based on a Japanese manga series written by HERO and illustrated by Daisuke Hagiwara, ‘Horimiya’ is a slice-of-life romance anime. It tells the story of popular and capable Kyoko Hori and shy and reclusive Izumi Miyamura and how their relationship constantly evolves. After realizing that they have quite a few things in common despite the obvious differences, the two begin dating. The series also puts an equal amount of effort into developing the supporting characters.

On January 10, 2021, the anime premiered on Tokyo MX, GYT, GTV, BS11, and MBS and has earned rave reviews from critics and fans alike. Here is everything you need to know about its upcoming episode.

‘Horimiya’ episode 13, titled ‘I Would Gift You the Sky,’ is slated to release on April 4, 2021. It will be the final episode of season 1. CloverWorks produced the series. Masashi Ishihama directed the anime, with Takao Yoshioka serving as the main writer. Masaru Yokoyama provided the score, while Haruko Iizuka handled the character designs. Yoh Kamiyama performed the opening theme track “Color Perfume,” and Friends sang the ending theme track “Promise.”

In episode 12, Yuki finds out that Tooru’s family is quite affluent and feels embarrassed by the sudden realization of their social status. Christmas is around the corner, and Kyoko asks Izumi to bake a cake for her family, a request that he happily accepts. However, he politely declines to spend Christmas with the Hori family as he has prior engagements, much to the dismay of Souta, Kyousuke, and even Yuriko. One evening, Yuki visits Tooru’s home again and meets Yashiro, a woman who helps around the Ishikawa household. Yuki quickly realizes that the relationship that Tooru and Ishikawa share is very much like two siblings. As Yuki and Tooru spend time playing a video game, Tooru decides that he likes the way things are now between them.

Following a conversation with her mother, Kyoko is suddenly reminded that she will graduate soon from high school, making her worried about the future of her relationship with Izumi. On Christmas, she expresses her fears to him before adding that she wants to continue their relationship even after they graduate. After a few quiet moments in which he simply stares at her, Izumi says that they should get married, prompting Kyoko to respond by saying that she will make him happy. 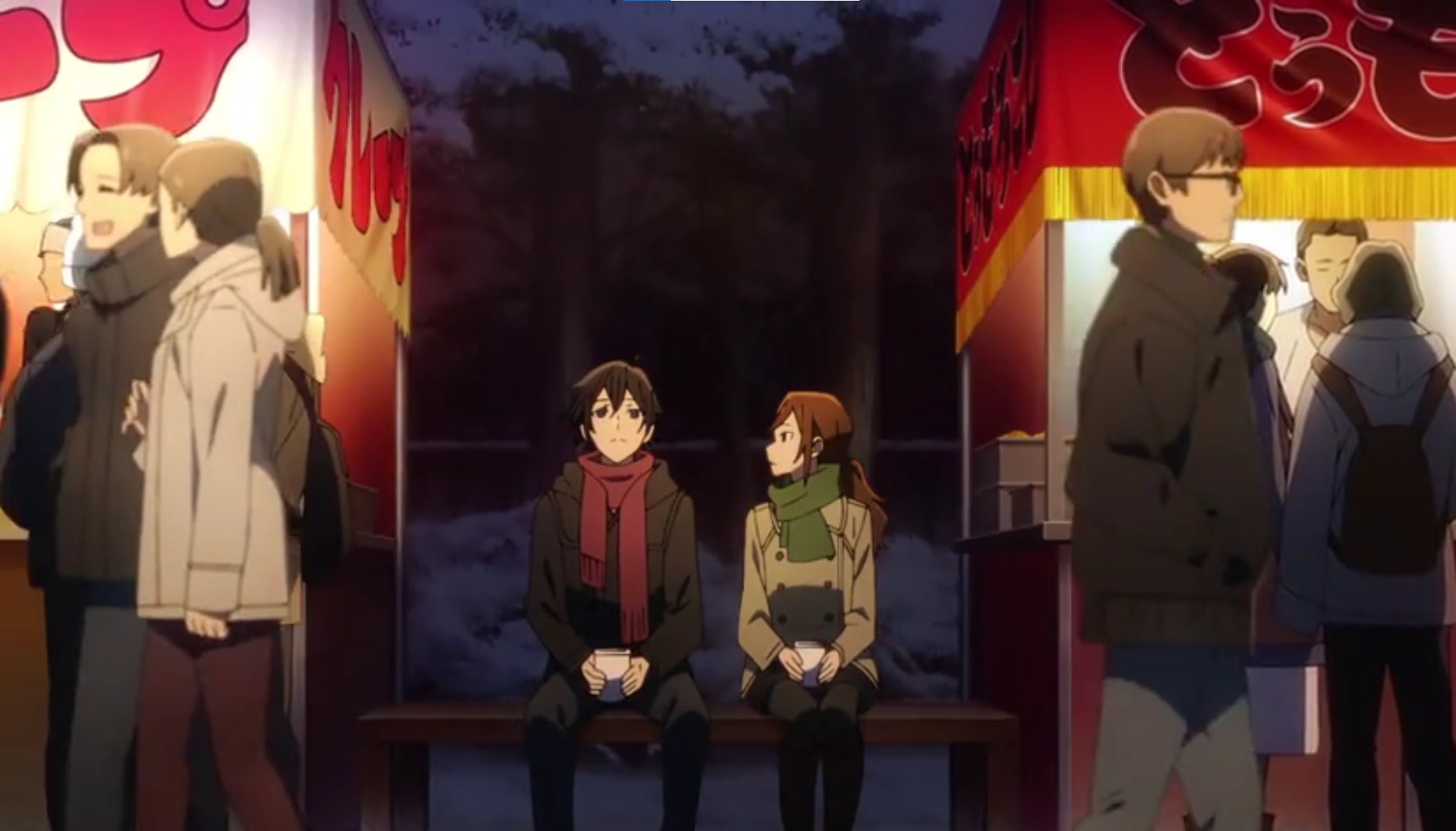 In the post-credits scene, the two visit the local shrine on new year’s eve. When Kyoko points out that each will be the last person that the other sees this year and the first in the following year, Izumi wishes that it may continue forever. In episode 13, with their graduation approaching, Kyoko, Izumi, and their friends might realize that their slow, ever-to-be-cherished school lives are coming to an end. Sakura might develop a bond with Akane because of their shared love for shounen manga. The student-council trio might encounter certain issues among themselves.