Based on a manga series written and illustrated by Gege Akutam, ‘Jujutsu Kaisen’ or ‘Sorcery Fight’ is a supernatural horror anime show set in a world where curses are real and can actually hurt people. The story centers around Yūji Itadori, a teenage boy who becomes the host of a powerful curse. The anime had an advanced debut on September 19, 2020, and quickly won over the Japanese audience because of its diverse collection of characters, fantastic storylines, and intriguing magic system. It subsequently went to become a global hit. Here is everything you need to know about the upcoming episode of ‘Jujutsu Kaisen.’

Jujutsu Kaisen Episode 24 Release Date: When Will It Premiere?

‘Jujutsu Kaisen’ episode 24, titled ‘The Origin of Blind Obedience – 3 -’ (according to some sources, ‘Complicity’), is set to release on March 27, 2021, on JNN (MBS, TBS). It will be the final episode of the season. MAPPA Studios produced the anime. Sunghoo Park directed the episodes, while Hiroshi Seko adapted Akutami’s work for the small screen. Tadashi Hiramatsu handled the character designs. Hiroaki Tsutsumi, Yoshimasa Terui, and Arisa Okehazama created the score. The show’s two opening theme tracks, “Kaikai Kitan” and “VIVID VICE,” were performed by Eve and Who-ya Extended respectively, and the ending theme tracks, “Lost in Paradise feat. AKLO” and “Give it back” were performed by Ali and Cö shu Nie respectively.

In episode 23, Itadori faces Kechizu alone, while Megumi and Nobara fight the cursed spirit that behaves like a mole. After seeing that Kechizu’s spit can melt stone, Itadori realizes that he needs to be more careful. Meanwhile, Nobara utilizes her Straw Dall Technique: Resonance to attack the mole curse. But it keeps avoiding strikes from her and Megumi’s black sword. They observe that the curse isn’t launching any counterattack and wonder whether it is capable now with its cursed technique being too expanded. Suddenly, an arm appears out of nowhere and pulls Nobara out of the barrier. But before it does, she tells Megumi to continue hitting the curse. As Itadori follows Kechizu and leaves the barrier, he tells Megumi to leave it as well, if things inside were to become too dangerous. 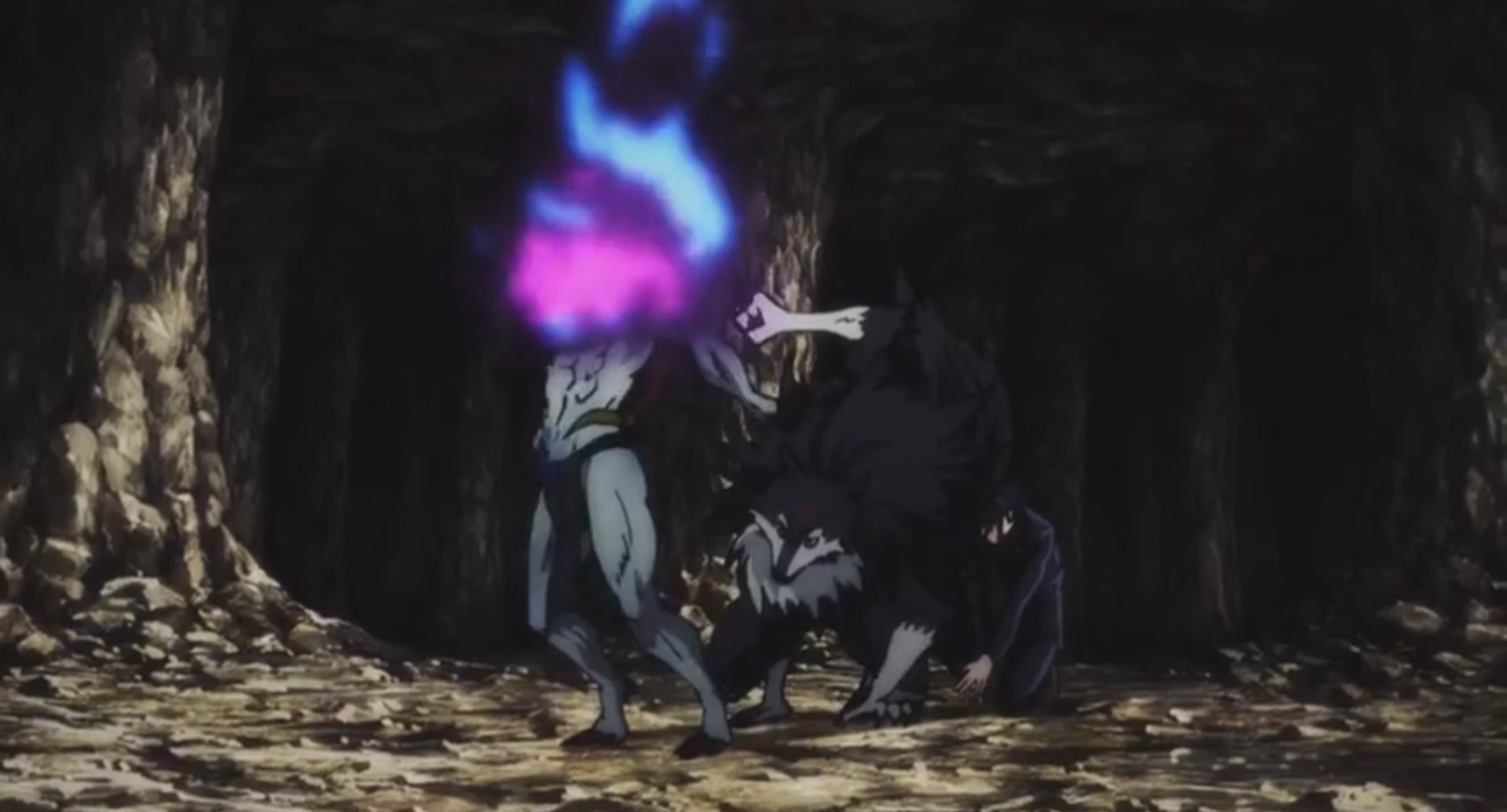 His sentiments prove to be almost prophetic when it is revealed that one of Sukuna’s fingers is associated with the case. Megumi realizes that the deaths in the area started occurring around the same time Itadori became Sukuna’s host. Sukuna emanates particular cursed energy that pulsates through all of his fingers, triggering the bridge curse in one of them. Digging deeper within himself than he ever has before, Megumi exorcises the curse with Divine Dog. Afterward, he is too tired to move and seemingly falls asleep. 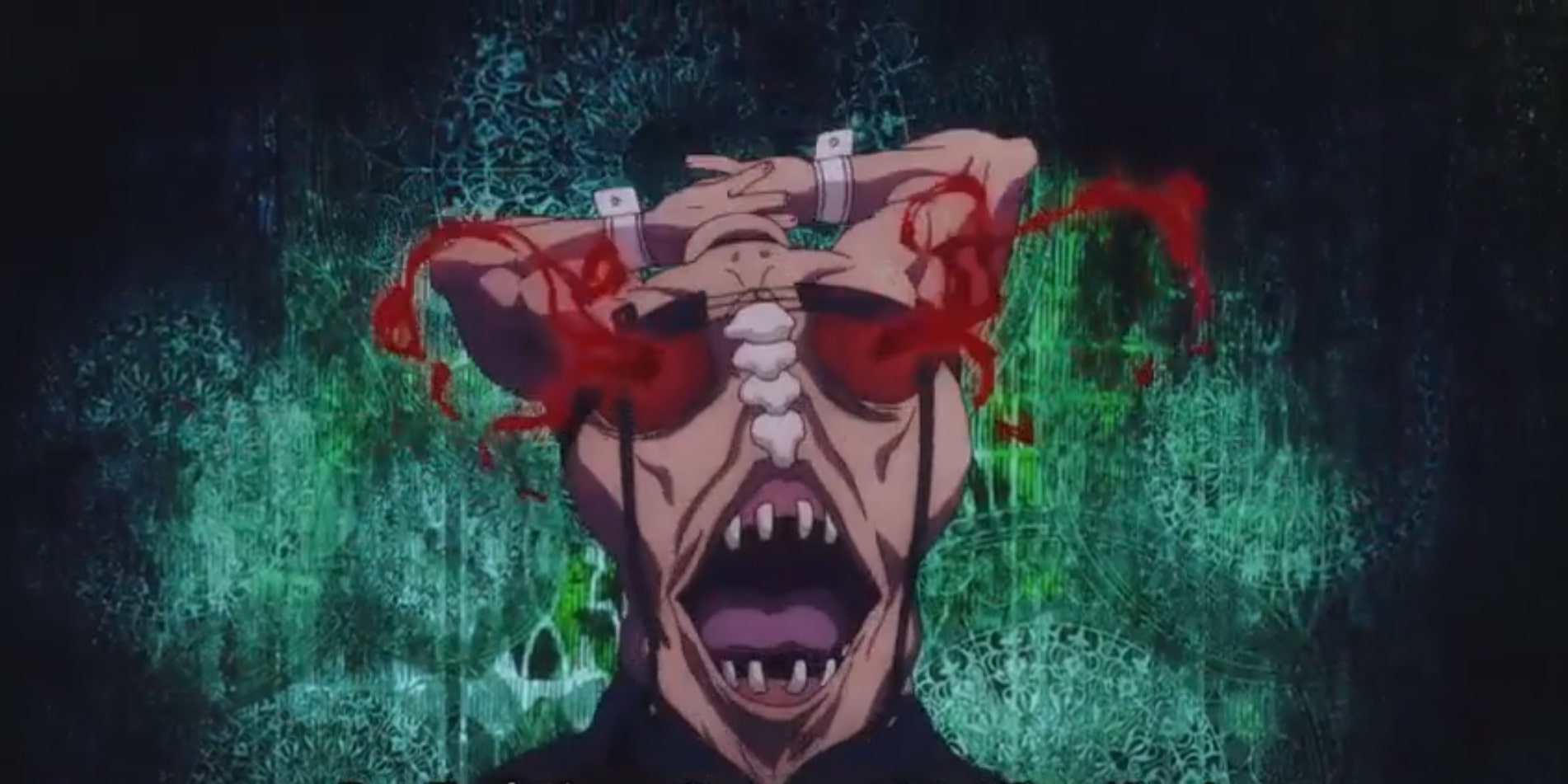 Meanwhile, Nobara confronts Eso, Kechizu’s older brother. After the barrier goes down, they both sense the presence of Sukuna’s finger. As Eso tries to go and retrieve it, Itadori and Kechizu arrive behind him. The episode ends as Eso casts Rot Technique: Maximum: Wing King. Episode 24 might focus on the fight between the two remaining jujutsu sorcerers and the cursed siblings.