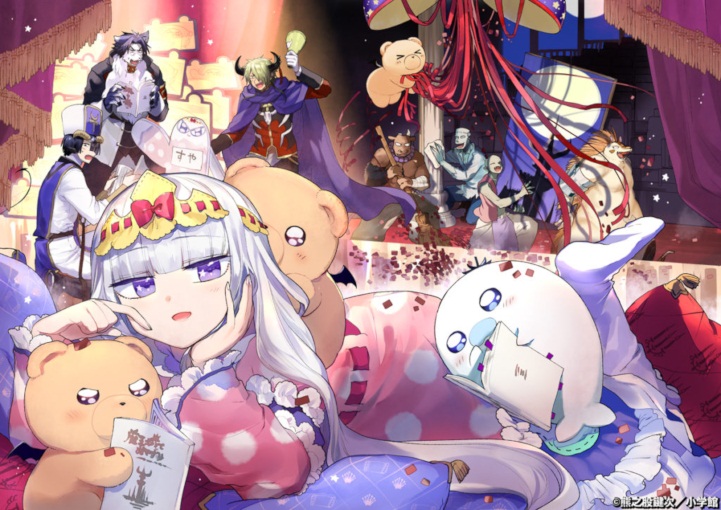 ‘Maoujou de Oyasumi’ is not your ordinary fairy tale where the Princess meets her Prince charming and then flies off into the sunset with him. It’s about a Princess who couldn’t care less about falling in love as her only priority in life is to sleep. So if you want to see the typical “damsel in distress” trope with a bit of a twist, this is the show you must watch this season. For those who have already started watching it, here are all the details of its next episode.

Maoujou de Oyasumi Episode 2 Release Date: When will it premiere?

Mitsue Yamasaki is the helming of the anime while Yoshiko Nakamura is taking care of its composition. The writer of the original storyline is Kagiji Kumanomata and the anime’s character designing is being done by Ai Kikuchi. When it comes to the main cast of the series, Kōichi Sōma as Frankenzombie, Masashi Yamane as Minotaur, Shinya Takahashi as Goblin Serf, Chikahiro Kobayashi as Red Siberian, Kōichi Sōma as Ghost Wrapping Paper, Takeo Ōtsuka as Poseidon, Takaya Kuroda as Flame Poison Dragon, Sayaka Ohara as Neo Alraune, Eggplant Seal, Ayane Sakura as Aladdif, Junichi Suwabe as Caesar Magician, and Sayaka Ohara as Harpy, are involved along with several others.

The first season of ‘Maoujou de Oyasumi’ is available on Funimation with its original Japanese audio and English subtitles.

‘Maoujou de Oyasumi’ unfolds in the country of Kaymin. Princess Syalis, the show’s main character, belongs to the royal family and gets to live her life with all possible luxuries. But her luck goes for a toss when Demon King Tasogare enters the picture. In a world where humans and demons have vowed to peacefully co-exist, Demon King Tasogare is determined to separate the two sides. And to do that, he kidnaps the Princess and imprisons her in a castle. While he takes his first step towards world domination, civilians are angered by his acts and chaos ensues in the country.

While so much is going on, the Princess is only worried about one thing—getting enough sleep. Surrounded by every possible luxury even during imprisonment, the Princess finds it hard to survive only because she can’t sleep comfortably. Bouts of insomnia kick, while a brave hero promises to the world outside that he’ll do anything to save the Princess. This is now a fairy tale and the Princess here is no beauty, she just too darn lazy.