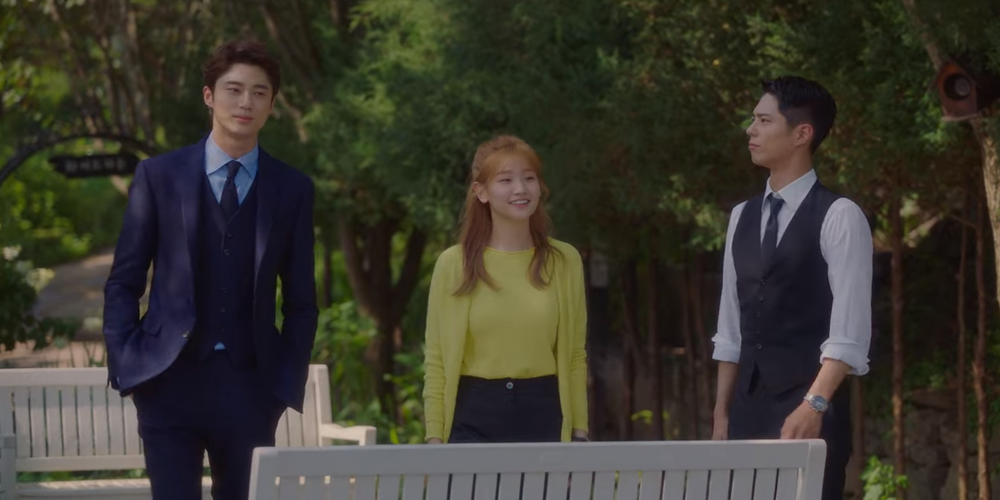 ‘Record of Youth’ is a Netflix Original South Korean drama that has been getting favorable reviews recently. It follows the story of three ambitious individuals who want to make their mark on the entertainment industry. Two of them are childhood best friends Hye Jun and Hae Ho, who used to be fashion models together but now are trying to become huge in the acting business. The third is Jeong Ha, a makeup artist who wants to run her own salon successfully. While the show starts off light and airy, with not much plot, things get tenser as the series nears its end. Hye Jun and Hae Ho are pitted against each other as professional rivals and also as the two contenders of Jeong Ha’s heart (because they are both in love with her). For a long time, it seems that Hye Jun will be an easy winner but the last episode has proven pivotal in balancing the scales a bit and later episodes might even tip them Hae Ho’s way.

Audiences around the globe can stream ‘Record of Youth’ through their Netflix subscriptions, choosing to watch on the website or the app as per their preference. Those living in South Korea also have the option of watching directly on the TV as it airs on the cable tv network tvN, every Monday and Tuesday at the above-mentioned time. In the following section, we will share a short preview of Episode 13, and then a short recounting of highlights from Episode 12, so there are going to be SPOILERS AHEAD. Please head over to Netflix right now if you haven’t watched the first eleven episodes.

The next episode (Episode 13) will finally see Hae Ho finding out the truth behind his massive social media following (that they’re not organic followers but bought by his interfering mother). He understandably will blow up at his mom for doing this but at this point, it’s unclear how he finds out (our guess is that Park Do Ha will make the reveal). Sa Min-Ki apologizes to Yeong Nam for being a horrible father to him and probably hands him money that he made from the TV commercial. Hye Jun and Jeong Ha’s relationship seems to be on a rocky road as he questions her about why she called Hae Ho first and not him. This is all we could gather from the little preview at the end of the last episode.

Episode 12 sees Hye Jun and Hae Ho finally have an argument. Hye Jun reprimands him for bringing ex-girlfriend Ji Aa into his affairs (Hae Ho had earlier set Ji Aa up to give an interview to clear the rumors about Hye Jun being gay), and Hae Ho retorts by calling him ungrateful. Things hit the roof when Hae Ho finds out that Hye Jun knew the truth about Jin-U and Hae Na dating all along. Clearly, the two best friends have a lot to fight about even without taking the affections of Jeong Ha into account. Meanwhile, Hae Na’s mom allows her to date Jin-U but forbids any kind of future together. She states in no uncertain terms that Hae Na cannot get pregnant by Jin-U because marriage between the two would not be allowed. She threatens Hae Na with revoking her rich kid privileges if she doesn’t fall in line with her commands and to assert her dominance, takes away Hae Na’s car keys for the day. This does not faze Hae Na one bit as she goes to meet Jin-U and he tells her that he loves her. These two are just too cute together.

Elsewhere, Hye Jun tells Jeong Ha that the rumors about Charlie Jung have been taken care of by Ji Aa’s interview, and now Jeong Ha doesn’t need to do a broadcast on YouTube revealing that she is his girlfriend. There is a moment on the sets of his new drama when the actress says she’s looking for a new makeup artist and Hye Jun suggests Jeong Ha’s name, but their interaction seems flirtatious from afar and a reporter captures their photo. Jeong Ha already has her feelings in turmoil after seeing Hye Jun’s ex’s interview but things get more awkward when she overhears the drama actress jokingly calling Hye Jun her boyfriend. When Jeong Ha is on her way back home, it starts raining and she is reminded of Hye Jun. He is unable to pick her call as he is on a flight. Hae Ho arrives with an umbrella and drives Jeong Ha home. When they arrive at her house, she invites him in to dry off. The episode ends tersely with Jeong Ha and Hae Ho staring at each other inside Jeong Ha’s apartment and Hye Jun miles away on a flight to somewhere.