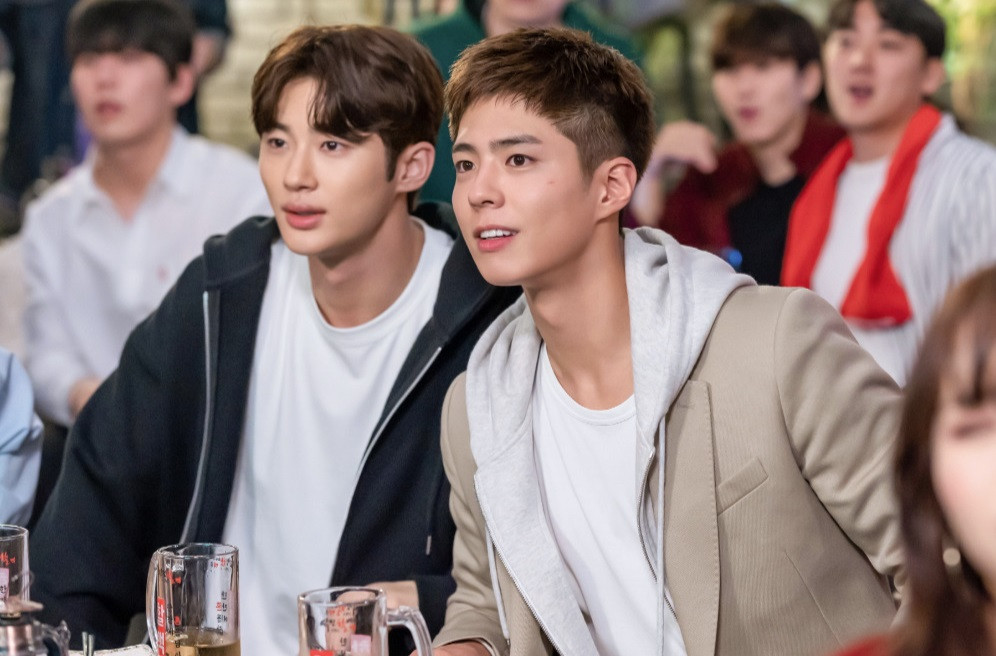 ‘Record of Youth’ is a highly anticipated Netflix Original South Korean drama created by screenwriter Ha Myung Hee and directed by Ahn Gil Ho. It is the last drama of actor Park Bo Gum before he goes away for 2 years to complete his mandatory military service, and it’s the much looked-forward-to return to the drama world for actress Park So Dam, who also acted in the Oscar-winning movie ‘Parasite’.

The plot of ‘Record of Youth‘ follows the story of three main individuals who want to make it big in the fashion and film industry. It centers on two best friends who are both popular models and aspiring actors, and a lonely and practical makeup artist who has a crush on one of the two models. Apart from being a romance, the show focuses on how each person’s family background comes into play where their success is concerned. In a world where dreams are a luxury, will those of limited means be able to realize theirs’ or are they doomed to struggle forever and ultimately give up on their dreams?

‘Record of Youth’ episode 3 will be premiering on Netflix on September 14, 2020. Two episodes drop every week, on Mondays and Tuesdays, and there will be a total of 16 episodes. The series is broadcast in South Korea on the cable channel tvN. Each episode of ‘Record of Youth’ has an approximate runtime of 60-70 minutes.

Where to Stream Record of Youth Online?

‘Record of Youth’ will be available to stream on Netflix, so you can watch either on the website or on the app. Local South Korean residents can also watch the drama on cable tv network tvN on the date mentioned above. The section below is a recap of Episode 2 and speculation of what viewers can expect in Episode 3, so there would be SPOILERS AHEAD. Please head over to Netflix right now if you haven’t caught up on the first two episodes.

We might see an altercation between friends if Hye Joon finds out that Hae Hyo’s mother has bribed the casting director to get him the movie role. Hae Hyo might also get angry at his mom if he finds out first. We can expect more family drama at Hye Joon’s house and of course, Hye Joon and Jung Ha will spend more time together and get to know more about each other. The next episode will also make it clear whether Hye Joon is going to the military for 2 years or not.

So far, we have been introduced to the three main protagonists – Hye Joon, a smart, friendly, and kind model who has been trying to break into the acting biz for the last seven years; Jung Ha, a makeup artist who is secretly a fan of Hye Joon; and Hye Joon’s best friend Hae Hyo, who comes from a rich family and is more successful at getting film roles than his friend.

The second episode picks up where the first one ended – with Hye Joon asking Jung Ha if she likes him because she has a runway photo of him as her phone’s screen background. Jung Ha, embarrassed deeply, covers up by saying that she is a fan of Hae Hyo, who is also in the photo. Hye Joon and Jung Ha laugh about the whole silly situation and they decide to be friends.

Hye Joon is in a happy mood until Hae Hyo and Jin Woo reveal to him that Hae Hyo heard back from the film studio and that he had gotten the role they had both auditioned for. Hae Hyo is unhappy for his friend rather than being happy for his own success. Hye Joon goes home where his father says it’s a good thing that he did not get the movie so now he can go to the military. A big fight ensues and Hye Joon, only supported by his grandfather, tells his family that if they cannot be supportive of his dreams then they shouldn’t tell him what to do with his life.

The next day, Hye Joon is taken by his agent to Milan for three days for a big fashion show. Upon their return, Hye Joon takes Hae Hyo to the salon where Jung Ha works so that the two can spend some one on one time together, still believing that Jung Ha likes his friend. But Jung Ha tells Hae Hyo the truth that she likes Hye Joon and makes him promise not to tell him. Elsewhere, Hye Joon’s agent finds out why Hae Hyo was selected over Hye Joon for the movie role. She tells Hye Joon that it’s not because his friend has better acting talent but because Hae Hyo has more followers on social media. Hae Hyo has no idea that his mother has been buying social media followers for him and his popularity surge is not all organic. Hye Joon is still sad about not getting the movie and ultimately decides to go for his military service for 2 years, giving up on his dreams.