Developed from a Japanese fantasy light novel series written by Rui Tsukiyo and illustrated by Shiokonbu, ‘Redo of Healer’ is a grimdark adult fantasy anime. It has garnered some controversy for its depiction of sexual violence and sexual slavery. The story follows Keyaru or Keyarga, a healing hero, who is also known by the moniker “Hero of Recovery.” After suffering humiliation and torture at the hands of the people who are supposed to be his friends, Keyarga reverts the time to when he wasn’t a hero yet and sets out on a brutal path of vengeance. The series premiered on January 13, 2021. Here is everything you need to know about its upcoming episode.

‘Redo of Healer’ episode 9, ‘The Healer Takes Revenge for a Meal!’, is slated to premiere on March 10, 2021, on Tokyo MX and its affiliated channels. TNK Studios produced the series. Takuya Asaoka directed the anime, with Kazuyuki Fudeyasu serving as the main scriptwriter. Akiya Suzuki, Johannes Nilsson (Team-MAX), and Kenji Fujisawa composed the music, and Junji Goto handled the character designs. Minami Kuribayashi sang the opening theme track “Cruel Dreams and Sleep,” and ARCANA PROJECT sang the ending theme track “If You Can Change the World in a Dream.”

In episode 8, Keyarga realizes that he needs to get Freia a divine weapon after she breaks yet another magical staff because of her immense power. Keyarga recalls what Bullet and Blade did to him and promises himself that he will have his revenge. He, Freia, and Setsuna arrive at Branica and are surprised to see humans peacefully co-existing along with demi-humans and demons. Even Keyarga becomes genuinely surprised when the three go to a local tavern for a meal and see that all races are sitting together, eating, drinking, and laughing.

As they eat, a hooded figure joins them. When she pulls down the hood, Keyarga shockingly realizes that is the Demon Lord he fought in the previous timeline. Although her hair color is different and she is a lot less powerful, but Keyarga wouldn’t mistake the Demon King for anyone else. She belongs to a demon tribe called Black Wing, who are facing complete annihilation as the current Demon King is systematically killing them. 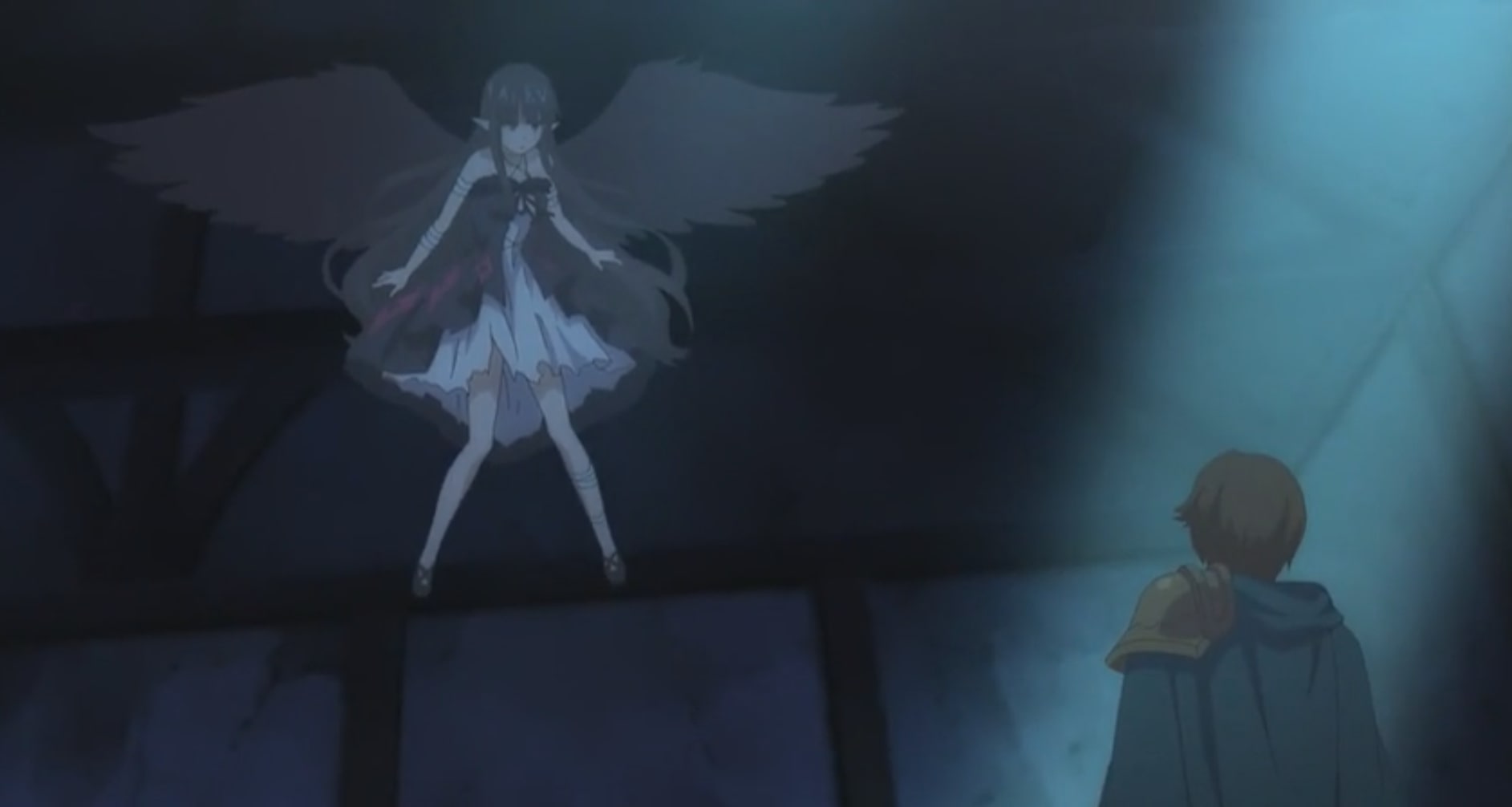 The future Demon Lord’s real name is Eve Reese. After Keyarga protects her from bounty hunters, she eventually agrees to work together with the healing hero for mutual benefits. He will help her kill the current Demon Lord and take the demon’s heart. The episode ends as Eve wakes up in the night to discover that Keyarga is having sex with the other two girls. He asks Eve to join them, much to her surprise and bewilderment. In episode 9, Keyarga might finally have his vengeance against Bullet and Blade, his former companions.