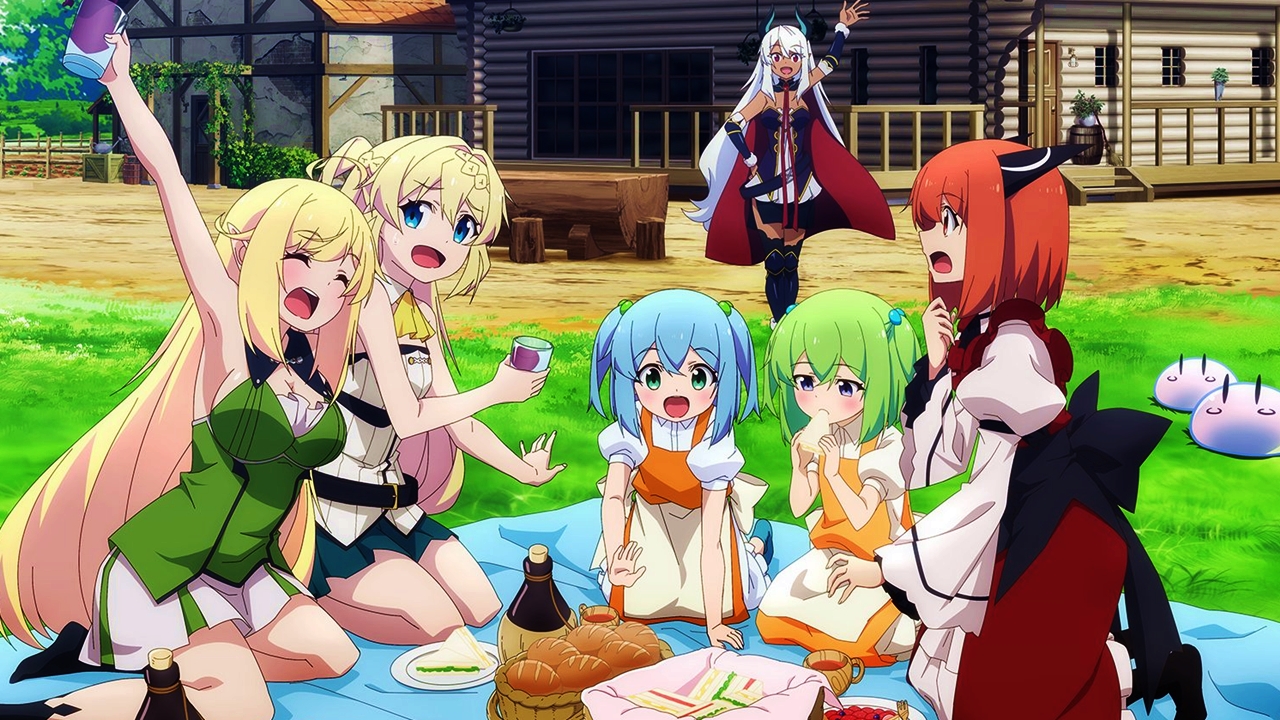 Based on the popular Japanese light novel series of the same name written by Kisetsu Morita and illustrated by Benio, ‘Slime Taoshite 300-nen, Shiranai Uchi ni Level Max ni Nattemashita’ or ‘I’ve Been Killing Slimes for 300 Years and Maxed Out My Level’ is an isekai slice-of-life comedy series. It tells the story of Azusa Aizawa, a Japanese career woman who dies due to overwork. Taking pity on her, an angel reincarnates her in an alternate world as an immortal witch, promising her that she will have an idle and happy life. Azusa spends 300 years living in the mountains, performing some of the easiest tasks that she could think of, hunting slimes and brewing potions. But because she does them for such an extended period, she ends up gaining incredible abilities. When other powerful beings come to know about her, they travel to her secluded home to challenge her, threatening her peaceful life.

On October 19, 2019, it was revealed that an anime series based on the original light novels had been greenlighted. Here is everything you need to know about the show’s pilot episode

Viewers outside Asia can watch the series with original Japanese audio and English subtitles on Crunchyroll on the day they air in Japan. For the viewers in South and Southeast Asia, Muse Communication is set to stream the episodes through Bahamut/Gamer, Catchplay, Chunghwa Telecom (MOD&Hami Video), Friday, KKTV, Line TV, myVideo, iQIYI, Bilibili, and other platforms. The episodes will also be available on Animax Asia.

The series premiere might depict how consumed Azusa is with her work in Japan. She might not have a social life nor any friends. Eventually, her work might end up killing her. She then might appear in front of an angel who might pity her for how short and unfulfilled her life was. The angel might allow her to reincarnate in an alternate world as an immortal witch. She might spend 300 years in her secluded home in the mountains and gain immense power without realizing it.

As the world’s other powerful beings become aware of Azusa, they might come to challenge her. This includes red dragon Laika; Shalsha, a composition of many of the slimes that Azusa kills; and blue dragon Flatorte, Azusa, also known as the Witch of the Highlands, might find her quiet life disrupted by these uninvited and often rude guests.