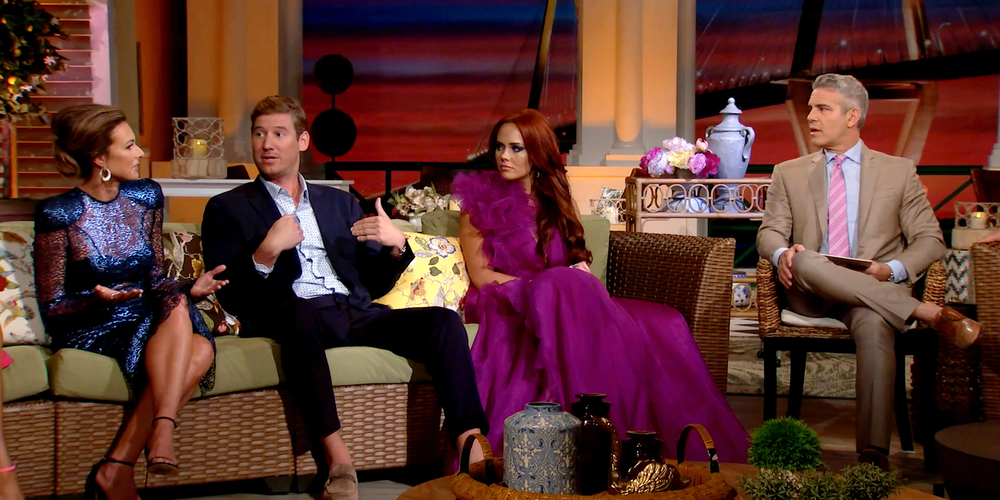 ‘Southern Charm‘ season 7 episode 11 is the first part of the 2-part special, ‘Southern Charm Reunion,’ and it sees some of the Southerners bring hostility more than charm to the Andy Cohen-hosted event. Everyone’s favorite celebrity socialites from Charleston, South Carolina, all gather together to talk about their relationship dynamics with each other, open up about infidelity, who hates who, and who’s not talking to who.

If you have an active cable subscription, then you can catch ‘Southern Charm’ season 7 episode 12 as it airs by simply tuning in to Bravo at the above-stated time slot. Using your cable provider subscriber ID, you can also stream the Reunion part 2 on-demand or online at Bravo’s official website. Chord-cutters can watch the show on multiple live TV streaming services, such as Hulu With Live TV, YouTube TV, Fubo TV, and AT&T TV Now.

Hulu + Live TV offers a 7-day free trial, and it has Bravo TV as a part of its streaming package. Additionally, already released episodes of ‘Southern Charm’ can be rented or purchased as VOD on Amazon Prime Video. Viewers also have the option to watch the series on Peacock TV.

Here is the official synopsis of the upcoming ‘Southern Charm’ season 7 episode12, as outlined by Bravo – “As Craig stews over his strained friendship with Madison, newbie John finds himself in the hot seat for continuously breaking bro-code. Just as Austen finally comes to terms with his recent breakup, Madison shocks the group with news of another budding romance. Meanwhile, Leva and Kathryn desperately try to come to an understanding about the emoji controversy.”

In the first part of ‘Souther Charm Reunion,’ Craig Conover loses his cool and takes Madison’s case. He calls Madison “a trash human” and “a sociopath who has zero feelings for anyone else.” He also claims he will not speak to her anymore, as Madison tries to explain her side of things. Shep Rose comes clean and admits to cheating on girlfriend Taylor Ann Green. Kathryn Dennis clarifies that she did not make up any rumor about Cameran Eubanks’ marriage troubles before the start of season 7. Craig Conover and Leva Bonaparte admit that they haven’t spoken to Cameran in months.