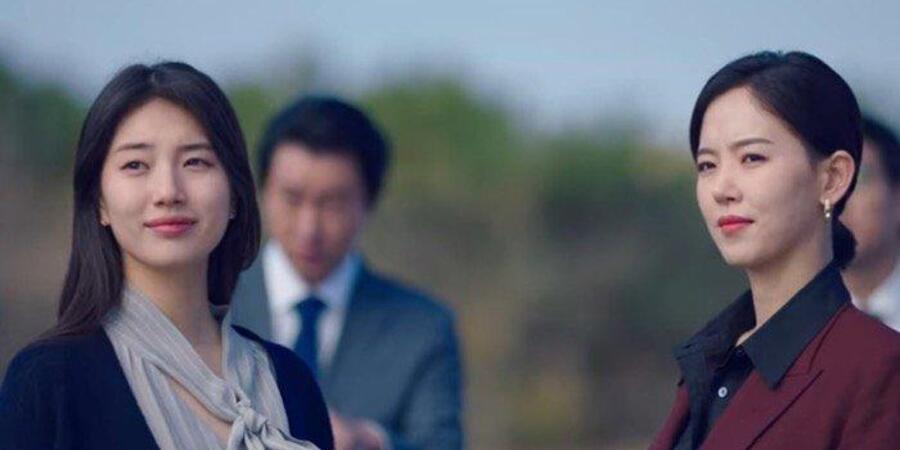 Netflix Original series ‘Start-Up’ is a South Korean drama about tech start-ups and the people behind them, working tirelessly at the Sandbox, Seoul’s technological center. The show follows Dal-Mi, a girl with big dreams, as she navigates the ups and downs of running her own start-up. With her company now acquired and the team disbanded, Dal-Mi decides to join her sister’s company. The love of her life, Do-San, gets to pursue his dream job in Silicon Valley and goes away to America for 3 years but finds that things have changed drastically when he returns. In the recap section of this article, you can read a detailed summary of the latest episode. First, let us give you a quick preview of the upcoming episode 15.

‘Start-Up’ episode 15 will release on Netflix on December 05, 2020, at 3 am ET/12 pm PT. The show is slated to have a total of 16 episodes, with a runtime of approximately 90 minutes. Episode 15 will be the penultimate episode, releasing on Saturday, before the finale episode comes out on Sunday. For audiences who live in South Korea, ‘Start-Up’ also airs every Saturday and Sunday on the cable network tvN.

Where To Stream Start-Up Episode 15 Online?

You can stream ‘Start-Up’ episode 15 on Netflix after it releases at the above-mentioned time. Subscribers can choose as per their preference if they want to watch on the app or on Netflix’s official website. South Korean audiences can also watch the show as it airs on the cable channel tvN at 9:00 pm (Korea Standard Time), every Saturday and Sunday.

The San boys are back and Dal-Mi manages to recruit them to her and In-Jae’s company. Her priority is now to not lose them again. In Jae is hopeful about their company winning a bid against the Morning Group. Do-San feels that Dal-Mi only likes him because he has big hands, but Ji-Pyeong tells him to stop feeling inferior and to really look at Dal-Mi as her feelings for him are pretty evident. Do-San plucks up the courage to ask Dal-Mi why she likes him.

Do-San, Chul-San, and Yong-San are back from the States after a successful 3-year stint in San Francisco. Now that their contracts with 2STO are up, they don’t want to go back to America. In-Jae tasks Dal-Mi with getting the San boys to work for their company but Do-San says no at first. Dal-Mi chases after Do-San and finds him at a secluded camping spot. They talk about how much their breakup hurt them both three years ago but Dal-Mi tells him that she was right in sending him away then.

Elsewhere, Chul-San and Jung Sa-Ha reconnect by bumping into each other “by chance”. Yong-San talks to Ji-Pyeong and tells him that he does not blame him for his brother’s suicide anymore. Ji-Pyeong also apologizes to Yong-San for the past, saying that he was too harsh on his brother. Ji-Pyeong also tells Yong-San that it’s a good idea for the San boys to join Dal-Mi’s company. The episode ends with Do-San giving a piggyback ride to Dal-Mi as they make their way back to civilization. He tells her that he will join her company and that he wants to use his money from Samsan Tech to buy shares into Cheongmyeong, the umbrella brand under which Dal-Mi’s company exists. With the team back together, Dal-Mi and In-Jae’s self-driving car idea is sure to be a success.