Preview: That Time I Got Reincarnated as a Slime Season 2 Episode 11

Based on a light novel series of the same name written by Fuse and illustrated by Mitz Vah, ‘That Time I Got Reincarnated as a Slime’ or ‘Tensei Shitara Suraimu Datta Ken’ is an isekai fantasy anime that follows a Japanese corporate worker who is reincarnated in a parallel world as a slime. Despite starting from such a low level, he gathers abilities throughout the series, eventually becoming one of the most powerful entities in the world. A catastrophe-level storm dragon gives him the name Rimuru Tempest. On October 2, 2018, the anime premiered on Tokyo MX, BS11, tvk, and MBS. Season 2 began airing on January 12, 2021. Here is everything you need to know about its upcoming episode.

‘That Time I Got Reincarnated as a Slime’ season 2 episode 11, titled ‘Birth of a Demon Lord,’ is set to air on March 23, 2021. Eight Bit Studios developed the series, with Yōhei Itō and Shigeto Sugimoto serving as the producers. Kazuyuki Fudeyasu helmed the writing team. Atsushi Nakayama replaced Yasuhito Kikuchi as the director. Music group Elements Garden provided the score.

In episode 10, Rimuru prepares to cast the spell that will harvest for him 20 thousand human souls, turning him into a Demon Lord. Meanwhile, Benimaru approaches a group of knights belonging to the Western Saints Church and decimates them easily. He then proceeds to destroy one of the crystals powering the barrier around Tempest. Gabiru and his dragonewt warriors destroy the second crystal, and Souei and his Shadow Squad destroy the third. The Tempest forces realize that the otherworlders are likely guarding the fourth crystal. 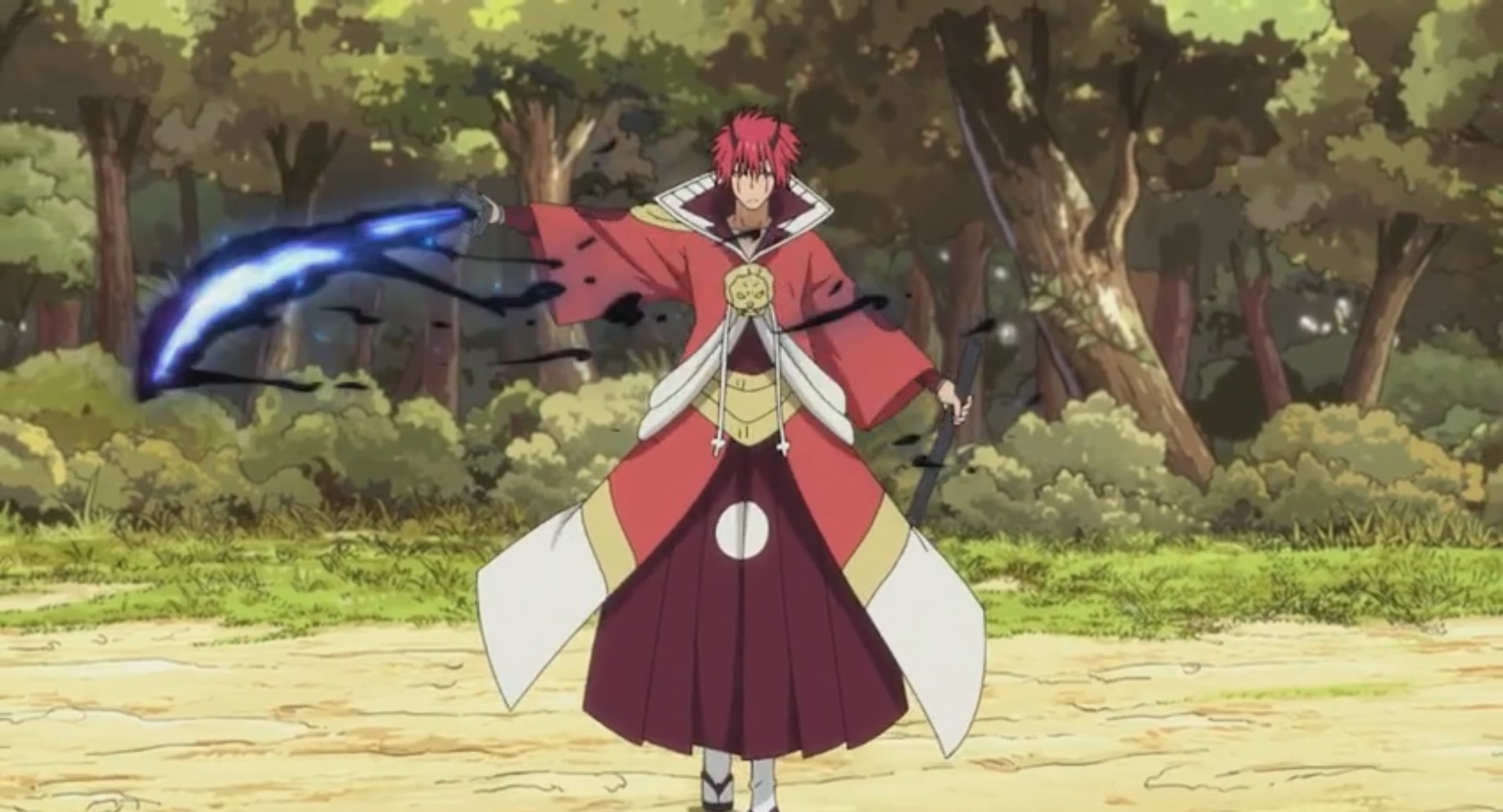 Believing that the escaping monsters will be coming their way, Shogo Taguchi and Kyoya Tachibana wait with their unit of the Western Saints Church knights at the fourth crystal. When Geld, Hakuro, Gobta, and Rigur arrive, the otherworlders seem dismissive. However, without the barrier suppressing his powers, Hakuro easily defeats and decapitates Kyoya. Rigur and Gobta kill the knights, and Geld defeats Shogo. To gain the Unique Skill: Survivor, Shogo then kills his friend Kirara, but even then, he is no match for Geld.

Razen suddenly teleports into the battlefield and takes Shogo away. He then kills the young otherworlder and takes over his body. Meanwhile, Rimuru is informed that all the crystals have been taken down. The episode ends as Rimuru casts Megiddo. In episode 11, Rimuru’s transition to a Demon Lord might happen.