Preview: That Time I Got Reincarnated as a Slime Season 2 Episode 12

Developed from a light novel series of the same name written by Fuse and illustrated by Mitz Vah, ‘That Time I Got Reincarnated as a Slime’ or ‘Tensei Shitara Suraimu Datta Ken’ is an isekai fantasy anime. It tells the story of a Japanese corporate worker who gets killed in a stabbing incident and is reborn as a slime in an alternate world. He befriends a catastrophe-level storm dragon, who gives him a new name, Rimuru Tempest. As the series progresses, Rimuru’s power grows, and he establishes the Jura Tempest Federation, a country predominantly inhabited by monsters. On October 2, 2018, the anime premiered on Tokyo MX, BS11, tvk, and MBS. Season 2 began airing on January 12, 2021. Here is everything you need to know about its upcoming episode.

‘That Time I Got Reincarnated as a Slime’ season 2 episode 12, titled ‘The One Unleashed,’ is set to air on March 30, 2021. Unlike season 1, season 2 is a split-cour anime, and part 1 will wrap up after the upcoming episode airs. Eight Bit Studios developed the series, with Yōhei Itō and Shigeto Sugimoto serving as the producers. Kazuyuki Fudeyasu helmed the writing team. Atsushi Nakayama replaced Yasuhito Kikuchi as the director. Music group Elements Garden provided the score. TRUE performed the opening theme track “Storyteller,” whereas Stereo Dive Foundation performed the ending theme track “Storyseeker.”

In episode 11, Rimuru casts Megiddo and wipes out about half of the Falmuth army. Even a Rank-A human such as Folgen proves to be no match for it and is instantly killed. Razen is also hit by the Rimuru’s spell but survives due to his new Unique Skill Survivor. Both Edmaris, the King of Falmuth, and Archbishop Reyheim of the Western Holy Church beg for mercy. Realizing that the rest of Falmuth soldiers have lost their will to fight, Rimuru casts the newly-acquired Unique Skill Merciless, killing them all. 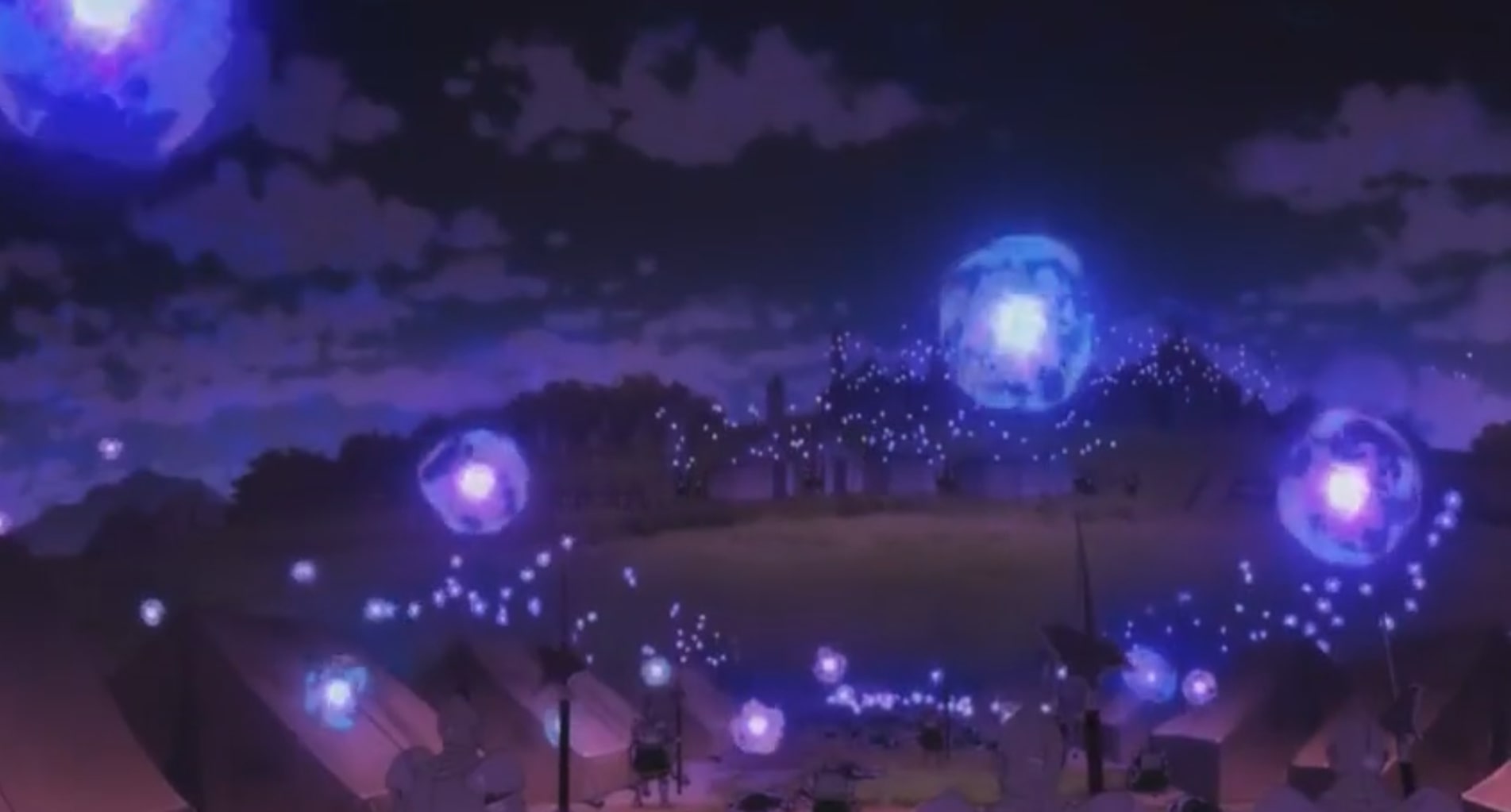 As the conditions for Rimuru’s transformation into a true Demon Lord have been met, the Harvest Festival begins. Rimuru starts feeling dizzy and calls forth Ranga, instructing him to take Edmaris and Reyheim as war prisoners. Rimuru then summons a primordial demon and two greater demons to feast on the dead bodies and find the third survivor. 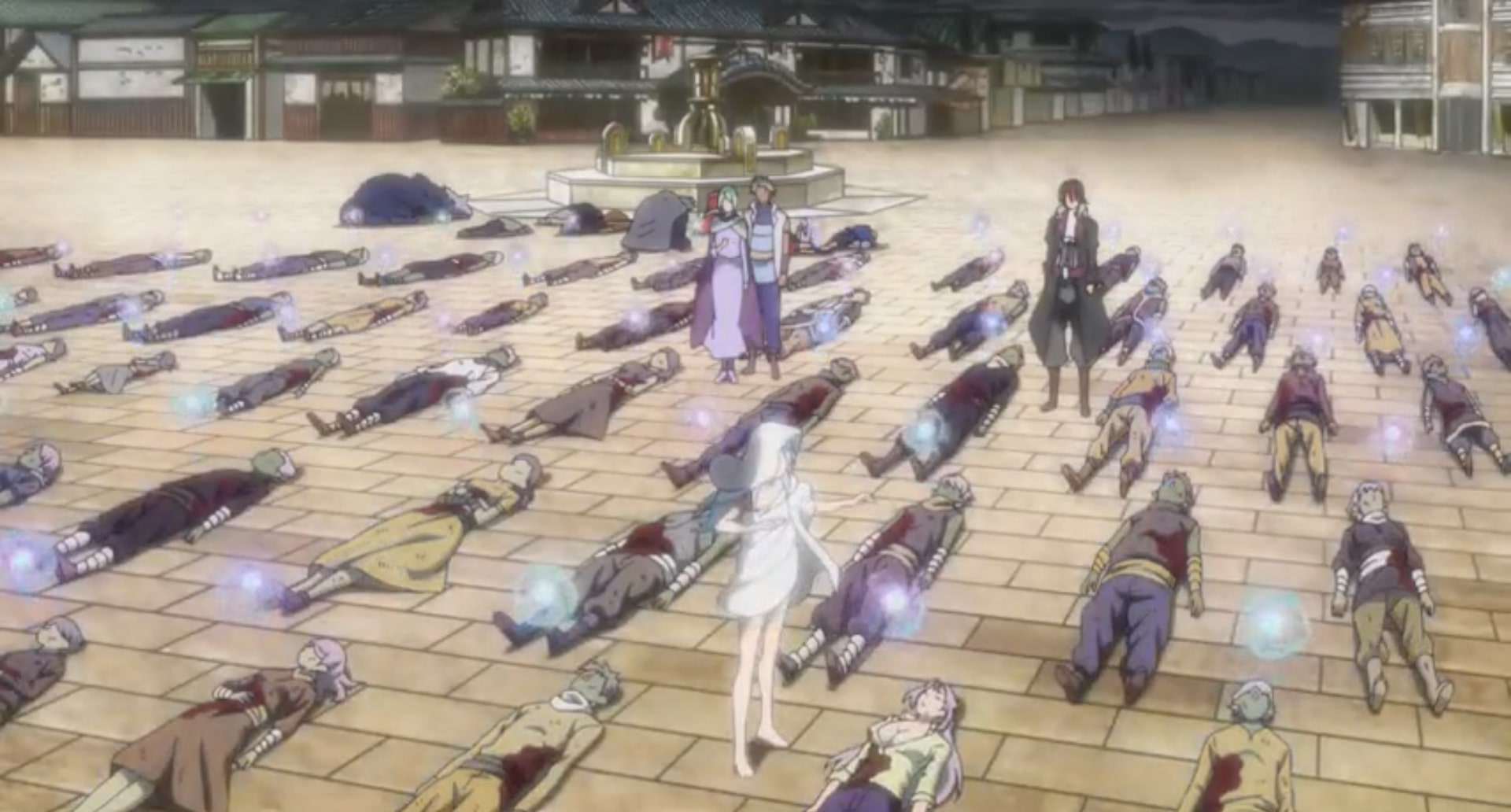 After Ranga takes him and their two prisoners to the town, Rimuru’s main transformation begins. Meanwhile, Razen fights the primordial demon, drastically underestimating his opponent. When he finally realizes, he faints due to sheer fright. As the transformation enters into its end phase, the bonds between Rimuru and his subordinates grow even stronger. Rimuru realizes that there aren’t enough magicules to return the spirits to their bodies. On the archdemon’s suggestion, he uses the two greater demons to fuel his magic. He casts the Secret Art of Spirit Resurrection. The episode ends as Shion opens her eyes. Episode 12 might focus on the immediate ramification of Rimuru’s transformation. It might also show how the transformation has affected his personality.