‘The Quintessential Quintuplets’ or ‘Go-Tōbun no Hanayome’ is a slice-of-life romance anime based on a manga series written and illustrated by Negi Haruba. The show revolves around academically-gifted Futaro Uesugi and his ever-developing individual relationship with each of the identical quintuplet Nakano sisters. Because his family is undergoing financial issues, Futaro agrees to tutor the five sisters and learns that his new charges get terrible grades at school. Undaunted, he devotes himself completely to get their grades up. The first season of the anime premiered on January 10, 2019, and concluded on March 28, 2019. Season 2 (written in the stylized form ‘The Quintessential Quintuplets ∬’) started airing on January 8, 2021. Here is everything you need to know about its upcoming episode.

‘The Quintessential Quintuplets’ season 2 episode 9, titled ‘Welcome to Class 3-1,’ is set to premiere on March 5, 2021. Bibury Animation Studios produced the sophomore season of the anime after taking over from Tezuka Productions. Satoshi Kuwabara directed the first season, with Keiichirō Ōchi serving as the main writer. While Ōchi returned for the second season, the show acquired a new director, Kaori. Hanae Nakamura and Miki Sakurai provided the score. The Nakano Family Quintuplets, a group made up of the 5 voice actresses portraying the quintuplets, sang both the opening theme track “Go-Tōbun no Katachi” and the ending theme track “Hatsukoi.”

In episode 8, while Itsuki distracts her father, Futaro tries to find out who, among the other four sisters, was dressed as Itsuki on their first night at Toraiwa Hot Springs. However, he finds all of them dressed as Itsuki when he sees them next, making his investigation even more complicated. He figures out who among them is Yotsuba quite easily. She explains that their grandfather collapsed after he saw her with a ribbon for the first time, and she and her sisters decided that they would all wear what Itsuki wore whenever they were with him.

Futaro’s conversation with the girls is interrupted when the grandfather walks into the room. Believing that it’s their father, he hides under the futon. He then takes the opportunity to check the girls for the bruise that fake Itsuki had. Nino and Ichika have a conversation while taking a bath in the hot springs. Without knowing that Ichika is already aware of it, Nino admits that she is in love with someone and asks for her sister’s advice.

Futaro begs the girls’ grandfather to help him learn how to identify the girls correctly. In response, the older man advises him to love them and watch out for their habits, voices, and mannerisms. Seeing how bold Nino is about her feelings towards Futaro, Ichika becomes distraught because she has bottled up her own feelings towards the boy and doesn’t know how to let them out. 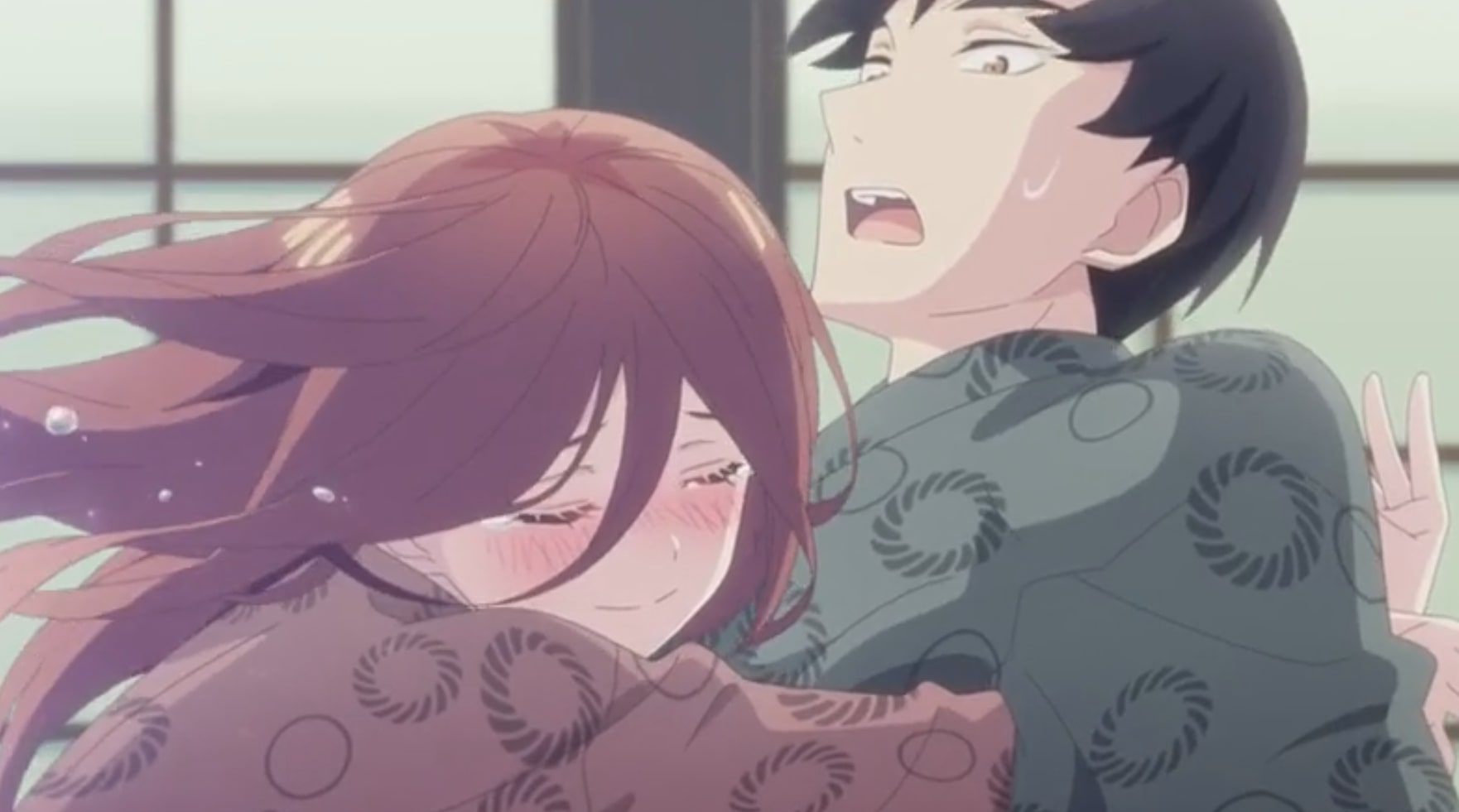 When Yotsuba finds her like this, she comforts her sister. Following the guidance that the grandfather gave him earlier, Futaro recognizes that it was Miku who he came across that night, making the girl truly happy. As Futaro’s family and Nakanos prepare to leave the hot springs, someone runs towards Futaro and kisses him, making him grab the bell pull to maintain balance and ring it accidentally. In episode 9, the mysterious kisser might be revealed. The girls and Futaro might return to school to start a new year.