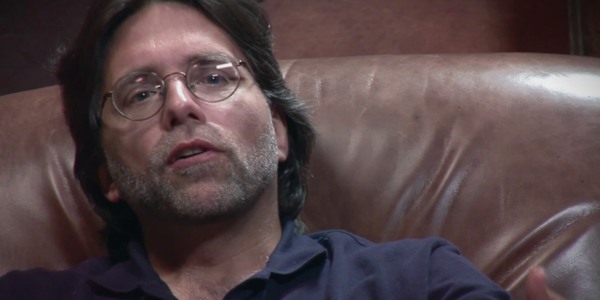 Directed by Jehane Noujaim and Karim Amer, ‘The Vow’ is an extremely intriguing documentary series that gives us an in-depth look at NXIVM (pronounced nex-ee-um), a cult that dominated the news headlines a couple of years ago for its heinous workings. Done via retellings from its former members, we see exactly how this controversial self-help group managed to rope in unsuspecting individuals with its manipulative practices, and how they eventually decided to bring down the organization after learning about the secret sex-trafficking sorority within it – DOS. Led by Keith Raniere and his “partners,” his inner-circle, this sorority, apparently, to date, operates as a sex cult that involves master-slave relationships, brandings, and a lifetime commitment – a vow. Curious to know what will happen in the next episode? Here’s what we know.

Episode 8 of ‘The Vow,’ will premiere on October 11, 2020, at 10 pm PT, precisely a week after the release of its seventh episode, ‘The Dossier.’ The series has followed this schedule for all its previous episodes and will continue to do so until it airs its final episode, the next episode, episode 9, on October 18, 2020.

Episode 8 of ‘The Vow,’ picking up right where ‘The Dossier’ left off, will finally see some legal action against NXIVM, its founders, and some of its members. With Catherine Oxenberg, along with reporters and former members of the organization – Sarah Edmondson, Mark Vicente, Bonnie Piesse, and Anthony “Nippy” Ames – working to gather enough evidence to shine a light on NXIVM’s sex-obsessed workings, episode 8 will showcase not only the public outrage but also the authorities taking a step in the right direction. After all, this time, Catherine managed to add tax evasion into NXIVM’s long list of illegal activities as well. After everything Keith Raniere has done, legal karma will finally come knocking on his door.

Where to Stream The Vow Episode 8 Online?

‘The Vow’ is an HBO original series, therefore, you can stream episode 8 on the channel at the above mentioned time. Of course, for this, you would need a television and a cable subscription with the required channel package. If you don’t have that, then you can make use of your internet connection and watch ‘The Vow’ on HBO’s official website, HBO Max, and on the HBO Go App. If this doesn’t work for you either, then you can always stream the episode on Amazon Prime or HULU, with their HBO package add on, after it finishes airing on cable. You do not have to worry about missing out if you have a stable internet connection and some subscriptions, because that’s honestly all you need.

‘The Dossier’ gives us an in-depth look into Keith Rainere’s professional beginnings and all his cons there, all the while following Catherine Oxenberg and the former NXIVM members as they work towards getting actual legal action against Keith and his organization. Delving into the past, we see how, before he abused women in a cult, Keith manipulated people with the help of a multilevel-marketing company, a pyramid scheme, that he began decades ago. This time, again, a woman named Toni is left behind to tell us her tale and highlight how Keith and Nancy Salzman, her former therapist, went from being schemers to the Vanguard and the Prefect, respectively. At the same time, we see Catherine working with Frank Parlato – creator of The Frank Report and a former NXIVM publicist – to gather intense evidence against NXIVM and its members for the then-New York Attorney General, Eric Schneiderman.