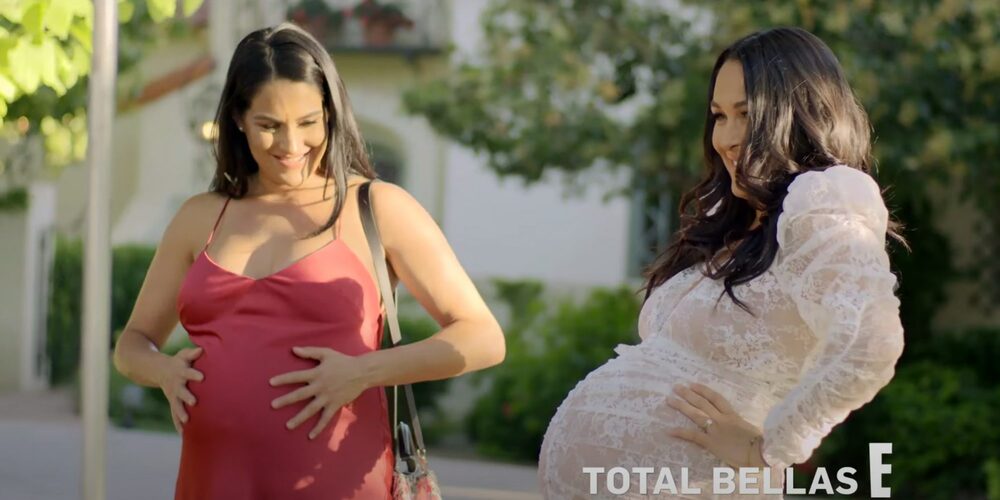 In the fourth episode of ‘Total Bellas’ Season 6, the “babymoon” draws to an end in Flagstaff, Arizona. Nikki wants to have sex but Artem refuses. Kathy wants to throw the girls a baby shower but is restricted by the on-going pandemic. Nikki has serious reservations about getting the family all together. Kathy is disappointed to learn that the girls want to invite more friends than family to their baby shower. Artem and Brie team up and come up with an interesting way to make Nikki cover up more around the house. You can read the complete recap of the latest episode at the end of this article. Let’s first see what we can expect from the upcoming season 6 episode 5 of ‘Total Bellas’.

You can watch ‘Total Bellas’ season 6 episode 5 as it airs by tuning to E! at the aforementioned time and date. You can also watch the show on E! Entertainment’s official website and on the E! app. If you prefer streaming online, you can stream the show on YouTube TV, DirecTV, and Fubo TV. ‘Total Bellas’ season 6 is also available on NBC. Hulu subscribers can also catch the show by streaming the episodes on Hulu.

The next episode – Season 6 Episode 5 – is titled ‘Bye Bye Bella’. The official synopsis goes as follows – “Nicole and Artem attempt to change their birthing plan so they can have their baby in Phoenix, but that complicates things for the entire Bella family.” It sounds like we’re headed towards some entertaining family drama in the upcoming episode 5.

The pregnant twins Nikki and Brie are on a “babymoon” with their respective baby daddies in Flagstaff but are wrapping things up. Together with their mother Kathy, the girls are planning their baby shower but while Kathy wants to throw a lavish bash (not recommended in the times of COVID), Nikki expresses her concerns to Brie about their family all being together. The girls tell Kathy they want more friends than family at this baby shower and Kathy is initially disappointed to have it that way. But in the end, Kathy gives over control of the guest list to the twins.

Nikki is sexually frustrated and feels ugly because Artem won’t have sex with her anymore. Artem is afraid that he’ll hurt the baby if they have sex when Nikki is so far along, but after an awkward bro talk with Bryan, his fears are put to rest. Brie and Artem prank Nikki and tell her that the neighbor’s underage boys saw her skinny dipping in the backyard pool and are now traumatized. Nikki promises to not be naked around the house all the time.

Finally, on the day of the baby shower, everything goes smoothly and Nikki and Brie are pretty happy. Artem is ready to have sex with Nikki and brings her chocolate-covered strawberries in bed.