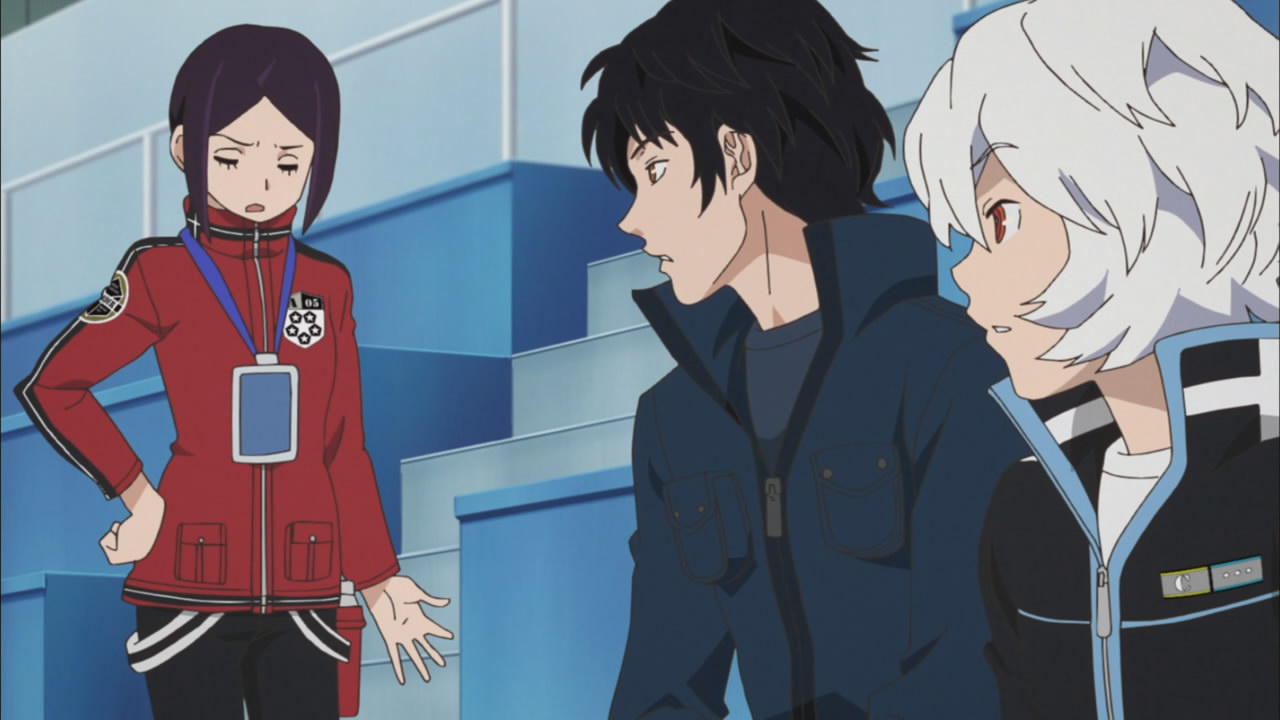 Based on a Japanese manga series written and illustrated by Daisuke Ashihara, ‘World Trigger’ or ‘Wārudo Torigā’ is a science fiction TV anime about heroic adolescents and otherworldly monsters. One day, a rift to an alien world emerges, and colossal creatures, which will later be known as “Neighbors,” infiltrate Earth. After overcoming the initial shock, humanity beats the Neighbors back with the help of an enigmatic organization known as the National Defense Agency, or “Border.” It has access to Neighbor technology since acquiring the weapons called “Triggers” from them. The Triggers are only weapons that seem to work against the Neighbors. They function by utilizing a certain type of internal energy known as Trion. When a Trigger is in use, it transforms the user’s body into an armored-covered warrior form made of Trion. In this state, the wearer is nearly invulnerable and gains several abilities.

Toei Animation developed the series, which premiered on TV Asahi on October 5, 2014. Season 1 is comprised of 73 episodes, which finished airing on April 3, 2016. A 2nd season was officially confirmed Jump Festa ’20. It was revealed that all members of the original cast are set to return for the sophomore season. Here is everything you need to know about the upcoming season premiere of ‘World Trigger.’

World Trigger Season 2 Episode 1 Release Date: When Will It Premiere?

Where to Watch World Trigger with English Dub Online?

The 1st season of the anime is available on Crunchyroll with English dubbing. Viewers in Japan can also catch season 1 on Netflix Japan. Season 2 will simulcast on Crunchyroll in North America, Latin America, Australia, New Zealand, the Middle East, Africa, and parts of Europe. In France, it will be simulcast on Anime Digital Network.

Four years after the first sighting of the Neighbors, the residents of Mikado City have come to accept the occasional Neighbor appearances as normal. The series begins with Yūma Kuga enrolling at a local school. it is later revealed that Yūma has an unconventional Trigger and is not really a human but a humanoid Neighbor from the other world. He befriends Osamu Mikumo, an idealistic young man who works for Border. After learning Yūma secret, he decides to protect him from his own organization.