Will There be a Priest Sequel? 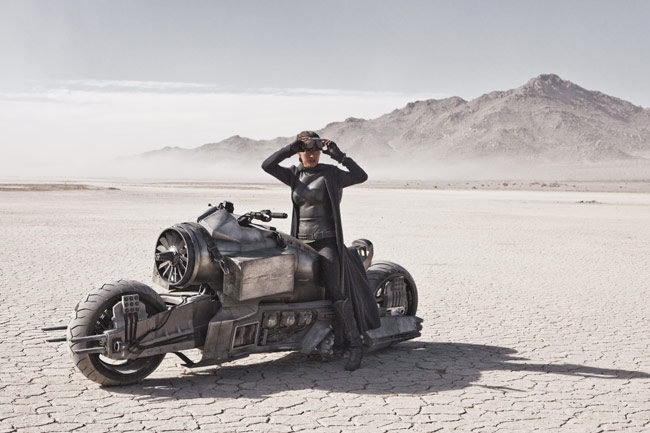 ‘Priest’ is a superhero movie that was released in 2011. The movie can also be classified under the genre of vampire fiction or fantasy or science fiction. The film is directed by Scott Stewart and is an adaptation of a Korean book of the same name. The film stars Paul Bettany, Karl Urban, Cam Gigandet, and Maggie Q.

The movie is filmed in California but takes place in an alternate universe. Because of its Western aesthetic, it has been compared to ‘Mad Max: Fury Road‘ in terms of visual style. The movie ends on a note which feels like a set-up to bigger things. Hence, many viewers would have wondered whether there is going to be a sequel.

Priest Release Date: Will There Be a Sequel?

The ending of ‘Priest’ definitely leaves room for a sequel. The movie ends with the titular protagonist successfully rescuing his daughter and killing the antagonist of the film, Black Hat. Moreover, he also foils Black Hat’s plan of destroying the city. However, after that, the Priest and Priestess are seen riding out of the city in order to find out where the Queen is. The other priests have been notified and it is revealed that she has plans of attacking the city.

The Queen would certainly turn out to be a formidable villain as she was the one that created Black Hat who proved to be quite tough for the Priest to defeat. Moreover, it would also be interesting to see the Priest work with other priests. The sequel certainly has the potential to be an epic follow-up.

However, despite the setup, no sequel has been announced yet. It has been several years since ‘Priest’ was released and still, there has not been an official announcement regarding a follow-up. Hence, there will probably not be a sequel to Priest despite the first movie leaving the possibility open for one.

‘Priest’ was panned by critics. Although its visual style was appreciated by some, it largely failed to impress critics. Its writing was severely bashed, apart from its reliance of multiple cliches. The movie holds an IMDb rating of 5.7 on 10 and a Rotten Tomatoes score of just 15%. These ratings are quite grim and definitely do not provide hope for the movie’s sequel.

Apart from that, the viewers did not respond to the movie well too. Although ‘Priest’ was the most expensive movie by Screen Gems, it managed to collect just $78.3 million as compared to a budget of $60 million. Its performance is considered poor as it barely managed to cover its production and distribution costs. Hence, box office performance is also not a reason for ‘Priest’ to get a sequel.  The only reason a ‘Priest’ sequel is possible is because of its ending which sets up a possible follow-up movie well. However, those plans have not yet been executed or put into motion.