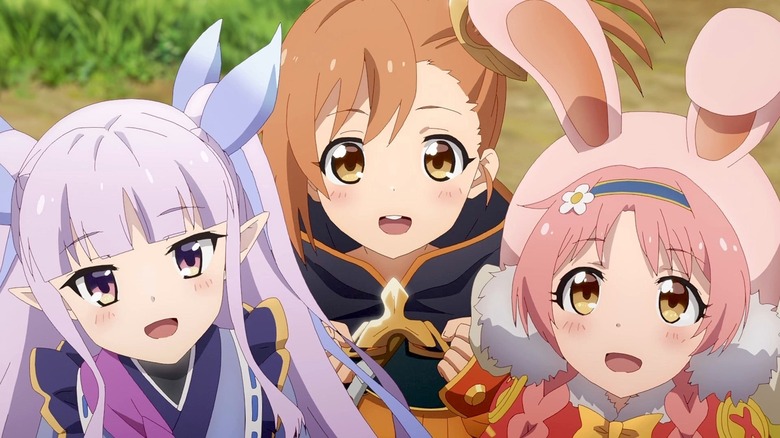 ‘Princess Connect! Re:Dive’ is an action-adventure anime that is inspired by a Japanese role-playing video game of the same name. The show follows Yuuki, an amnesiac man who ends up in the continent of Astraea. Luckily he meets a friendly elf named Kokkoro, and with her guidance, the duo embarks on an adventurous journey in which they fight monsters and make friends along the way.

With the show approaching its second installment, fans will be eager to learn more about Yuuki’s mysterious past and his secrets. So, let’s have a look at the release date, streaming information, and other details of the debut episode of ‘Princess Connect! Re:Dive’ season 2.

‘Princess Connect! Re:Dive’ season 2 episode 1 titled ‘A Gourmet Visit ~Curiosity is the Best Bouquet Garni~’ is all set to premiere on January 11, 2022. The anime is developed by CygamesPictures, with Takaomi Kanasaki serving as the chief director and supervisor while Imajin composes the music for the show. Mai Watanabe, Satomi Kurita, Lie Jun Yang, and Yasuyuki Noda handle the character design, and Yasuo Iwamoto helms the directorial team.

‘Princess Connect! Re:Dive’ is licensed by Crunchyroll for streaming outside Asia. People with a subscription to the popular streamer can watch all the latest episodes here. All the episodes of the anime are also accessible on VRV.

In the season 1 finale, with the power enemy Shadow X about to attack Pecorine, she manages to find refuge thanks to the help of Labyrista, who helps everyone escape to the temporary Landsol Royal Palace. When Kokkoro comes across a huge portrait of Pecorine, he is taken aback for a few moments. To his surprise, she suddenly comes to life and reveals an unexpected secret that she has been keeping in her heart for a long time.

In season 2, episode 1, after learning that Pecorine is the princess who has now been replaced by imposters, Karyl and Kokkoro find themselves in a spot. Since Karyl has secret connections with the people who may have been responsible for her present situation, she will have to make a tough call in the latest episode. It would be interesting to see where her loyalties lie. Meanwhile, Kokkoro has a lot to introspect as many aspects of his past life are still to make sense.