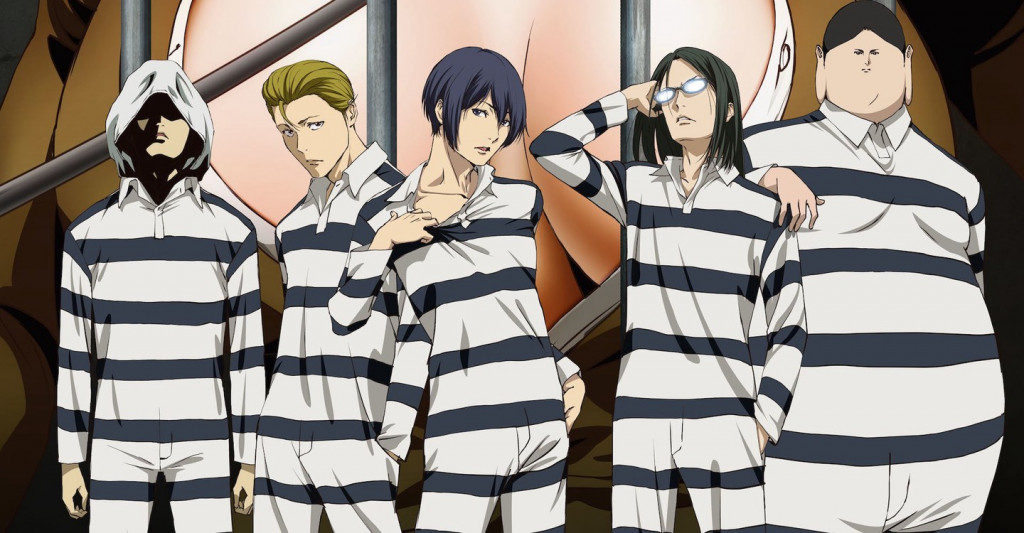 Prison school or Purizun Sukūru is a Japanese manga series that was conceived and conceptualized by Akira Hiramoto. The anime, which is based on the manga, revolves around a prestigious all-girls boarding school, Hachimitsu Private Academy, which is known for its superior education and strict discipline. The 12-episode first season was well-received when it premiered back in 2015. Since then, fans across the world have been eagerly waiting for the second season to air. Here’s everything we know about it.

Prison School Season 2 Release Date: When will it premiere?

Prison School season 1 released on July 11, 2015 and ended on September 26, 2015. There have been rumors swirling around whether there will be another season. There is no news from the creators whether they are going to make season 2. While the Manga series is still running and doing quite well, the fact that the anime sold an average of around 4500 units per volume doesn’t instill much confidence.

Recently, Naoyuki Uchida, an author of mystery and horror novels, contacted Tsutomu Mizushima, the director of Prison School and SHIROBAKO, on Twitter about the possibility of Season 2. Mizushima’s response has cast some doubts on whether Prison School will receive a 2nd season.

Which translates to: “Thanks for watching continuously since SHIROBAKO! I don’t know about the 2nd season. I want to do it, but … (embarrassed face emoji)”

Well, the world lives on hope, so we can only hope that we get to see another season of Prison School. If that happens, we can make an intelligent guess that ‘Prison School’ season 2 release date is going to be sometime in 2021. We are yet to receive any announcement from the producers or the studio – who are very well known for their privy nature regarding new productions and a very tight-lipped release schedule. The air dates and other information regarding a second season are therefore still pending disclosure from official sources, and we will have to wait to find out.

We all know that even though the Japanese cast has been universally praised for their work, the English dub has been heavily criticized for its casting, voice acting, and writing. In any case, for the fans of Prison School Season 1, you can watch Prison School Season 1 with an English dub on Funimation and Anime Lab. You can also stream it on Hulu and Crunchyroll with original Japanese audio and English subtitles.

The story of Prison School revolves around a prestigious all-girls boarding school, Hachimitsu Private Academy, which is known for its superior education and strict discipline. All that changes after the revision of the school’s policy that allowed boys to enroll in the school as well. During the first semester, only five boys get accepted, which means that the girl-to-boy ratio of school ends up being 200:1. Boys try all means, including peeing into girls’ bathrooms, to get close to girls, but all their efforts go in vain because of the strict Underground Student Council (USC). The crime of infiltrating into girls’ bathing area results in their internal imprisonment in the school’s Prison Block, where they receive an ultimatum from the USC to stay a month in the prison or be expelled.

Voice actor Kamiya Hiroshi had this to say about the script about the show: “The art is beautiful, and the juxtaposition of using such nice art to tell a comical story is interesting. The main feature is clearly the vulgarity and obscenity, but what really hooked me in was the exciting prison break storyline. Kiyoshi and friends gain a lot of wisdom through trying to escape. The friendship between the boys is really attractive. And the story is thrilling, so I’m always on the edge of my seat waiting for the next chapter. Crazy is a bit of a strong word, but the director is definitely very fussy. He’s very particular about what lines would sound good in what scenes”

Kiyoshi Fujino (voiced by Hiroshi Kamiya in Japanese and Austin Tindle in English): He is presented by Taishi Nakagawa. He is the main character of the series, who falls for a girl named Chiyo. Despite not being very intelligent, he knows his way out of trouble and is a quick thinker. Due to several irregular and shaming incidents, Hana regularly targets him in prison. He has been sent to school prison more than once and is the only one to have the experience of enduring the punishment. USC takes over the prison while he is being imprisoned for the second time, and he and Mari become allies.

Takehito Morokuzu (voiced by Katsuyuki Konishi in Japanese and Eric Vale in English): Nicknamed “Gakuto”, he frequently uses old-fashioned speech and is slightly crazy. Despite his eccentric nature and perverse behavior, Gakuto is an excellent strategist who falls for a girl called Mitsuko. He is known to be extremely perverted, is a strategist who uses the tactics of The Three Kingdoms’ generals or other ancient generals to ensure the success of his schemes, and has a track record of being successful in his strategic endeavors. Due to his intellectual prowess and willingness to sacrifice everything for his friends, Gakuto is one of the most popular characters of the series.  His character arc is as important to the storyline as is of the protagonist.

Shingo Wakamoto (voiced by Kenichi Suzumura in Japanese and Clifford Chapin in English): He has blonde hair and looks out-of-place. He is also a pessimist. His love interest is Anzu and he has attended the same middle school as Kiyoshi. Kiyoshi makes a breakout attempt and gets disowned and singled out until USC again prompts him to break out.

Jōji Nezu (voiced by Daisuke Namikawa in Japanese and Christopher Bevins in English): Nicknamed “Joe”, he is regarded as the “misfit”. He has a strange obsession with ants but is physically weak because of the fact that he suffers from severe stomatitis. Joe attended the same middle school as Gakuto. His love interest is Sato.

Reiji Andō (voiced by Kazuyuki Okitsu in Japanese and Sonny Strait in English): Nicknamed “Andre”, he is the fattest kid in the group. Even though he cares for his friends, he also derives pleasure out of pain. He likes Meiko, so much so that he constantly craves punishment from her.

The list of characters also includes members of the Underground Students Council (USC). Some of these characters are:

Mari Kurihara (voiced by Sayaka Ohara in Japanese and Tia Ballard in English): She serves as the president of the USC. A cold and manipulating girl who is concerned with maintaining law and order by upholding the traditions and values of the school, she is actually the daughter of the Hachimitsu Private Academy’s chairman. A calculating figure who seeks to uphold the school’s traditions and rules, Mari has always disliked boys and doesn’t believe in her father’s decision to open the academy up for boys. Yet, despite her cold and calculating nature, Mari is soft at heart and this is visible by the care and strength she gives Meiko when Kate bullies her. She believes in the philosophy, “Anyone who likes crows isn’t all bad.” Her sister is Chiyo, on whom Kiyoshi has a crush.

Meiko Shiraki (voiced by Shizuka Itou in Japanese and Whitney Rodgers in English): She is tall, wears spectacles and is the vice president of the USC. In the show, she also takes the responsibility of supervising the boys while they are in prison. She has large breasts and used to be bullied and criticized for it until Mari came to her rescue. Since then, she has been one of the strongest characters in the school, and is highly skilled in Judo. She is a disciplinarian who punishes boys for the slightest infractions and Gakuto ends up being her target more often than not. She is an intimidating figure but is fearful of getting in the bad books of Mari, a trepidation she demonstrates by displaying body-wide excessive sweating when she is around. Calisthenics is her thing.

Hana Midorikawa (voiced by Kana Hanazawa in Japanese and Alexis Tipton in English): In the show, Hana serves as the secretary of the USC who always finds herself in the worst situations with Kiyoshi. She ends up developing feelings for her later on. She is highly skilled at martial arts and uses karate to punish boys brutally when needed and also when Meiko’s harsh disciplinary measures don’t work. On the outside, she appears to be composed and tough, but inside, she is impressionable, has very little knowledge about boys, and often can’t adapt to circumstances that arrive unannounced