When Will Project Blue Book Season 2 Premiere on History? 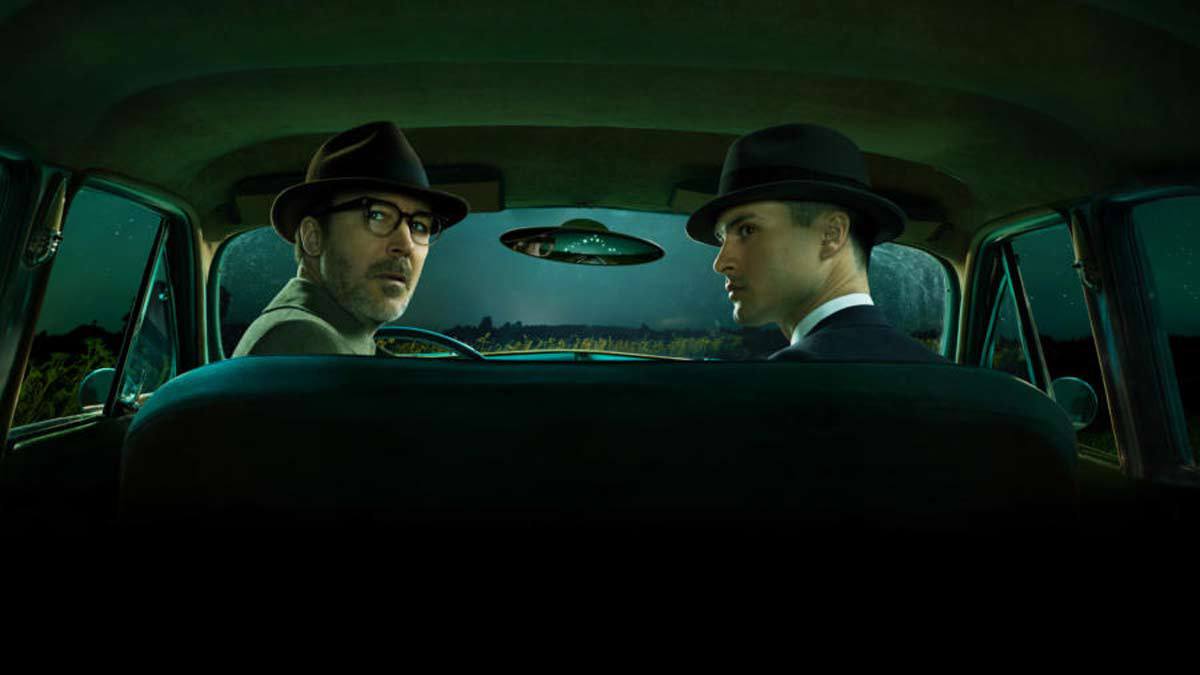 ‘Project Blue Book’ is a science fiction and historical period drama series that tingles the sensibilities of history geeks and alien conspiracy theorists. The series is based on the real series of systematic investigations into unidentified flying objects (UFOs) by the United States Air Force for a period of 17 years from 1952 to 1969.

Created by David O’Leary from A+E Studios and aired on the History network, the first season of ‘Project Blue Book’ was announced on May 25, 2017, becoming the fourth original script to join the History network. After over two years of production, wholly done in Vancouver, British Columbia, the show finally aired in January 2019.

Upon its release, ‘Project Blue Book’ received mixed reviews, but that did not stop History from announcing a second 10-episode season on February 10, 2019. Now, the question is when ‘Project Blue Book’ Season 2 will start airing on tv screens. Let’s find out

While ‘Project Blue Book’ has an extensive list of cast members owing to its extensive number of minor characters, the main cast of the show is headed by the well-known Game of Thrones actor, Aidan Gillen, who plays the role of protagonist Dr. J Allen Hynek.

Owing to all the above characters being central to the show’s plot, all the aforementioned cast members will make a comeback in Season 2. Additionally, Jerod Haynes will join the cast as Daniel Banks — “a high-ranking, charismatic CIA operative.” Keir O’Donnell will appear as Even William Blake — “a charmingly eccentric alien enthusiast with a religious dedication to his weekly U.F.O meetings.”

Project Blue Book Plot: What is it about?

‘Project Blue Book’ is inspired by real events in American history that were kept under wraps for decades. The show follows the (real-life) character of astrophysicist and ufologist Dr. J Allen Hynek. In the show, Hynek is recruited by the United States Air Force to spearhead systematic studies into UFOs and UFO sightings. Dr. Hynek is aided by Air Force Captain Michael Quinn, as he tracks sightings across the US and studies hundreds of reported sightings to try and unravel the mystery around UFOs.

Each episode in the show focuses on one new case that sparks intrigue, and the entire series of investigations take place in the backdrop of increasing international tensions resultant of the ongoing Cold War. The show, of course, tries to dramatically recreate these studies in tandem with the politics of the times. As Dr. Hynek and Quinn investigate UFO sightings and try to understand them, they are constantly badgered by their superiors – General Harding and General Valentine – to use their reasoning skills to cover up any hint of extraterrestrial life.

While Quinn agrees to the Generals’ approach, Dr. Hynek, being a scientist, is shown to be more open to discovering the actual truth about the existence of extraterrestrial life. This becomes a central point of contention and we often see Dr. Hynek and Quinn clash, in a typical nerd vs macho match of wits.

However, while the show manages to bring some of the research and case studies to life through its procedural storytelling and brilliant commentary, it also does get unnecessarily entangled with the storyline it tries to create alongside the investigations. This preoccupation with its own plot mars some of the show’s potential, which otherwise provides quite insightful investigations into the mysterious phenomena of UFO sightings, over 700 of which remain unsolved to this day.

In season 1, the finale follows Capt. Michael Quinn and Dr. J. Allen Hynek as they get entangled in a huge government conspiracy. They decide to keep the discovery a secret until they get to the roots of the mystery. In season 2, Quinn and Hynek’s investigation leads them to the depths of two very famous UFO stories: the mysterious crash in Roswell, New Mexico and Area 51. Although this forms the main focus of season 2, the duo also cracks several unsolved cases, giving deeper insights into the persona of the main two protagonists in the story.

Showrunner Sean Jablonsky teased what viewers could expect from the second season saying: “We start with the cases, but once you get into the mystery and the conspiracy of the case, it’s about what the characters are revealing to us as well. In the same way that we try to peel back what the conspiracy is behind the cover-up, that gives us an opportunity to dive deeper into our characters. So the relationships expand, we mix people up this year, we have different pairings.”

Project Blue Book Season 2 Release Date: When will it premiere?

The good news for the fans is that the show was already renewed even before the first season’s finale aired. On February 10, 2019, History’s head of programming Eli Lehrer said in a statement, “We are believers in Project Blue Book, and so is our audience who has sparked a conversation about the hundreds of unsolved cases and our nation’s military response to UFOs that have remained relatively secret until now. [Robert] Zemeckis, A+E Studios, and our extraordinary creative team have shaped a compelling narrative that is the perfect blend of historical authenticity and entertainment that inspires curiosity in our viewers to learn more. We’ve touched on a very relevant topic and look forward to a second season.”

History has even released a launch date for season 2. ‘Project Blue Book’ season 2 will premiere on January 21, 2020. It will consist of 10 episodes and will conclude in March 2020.