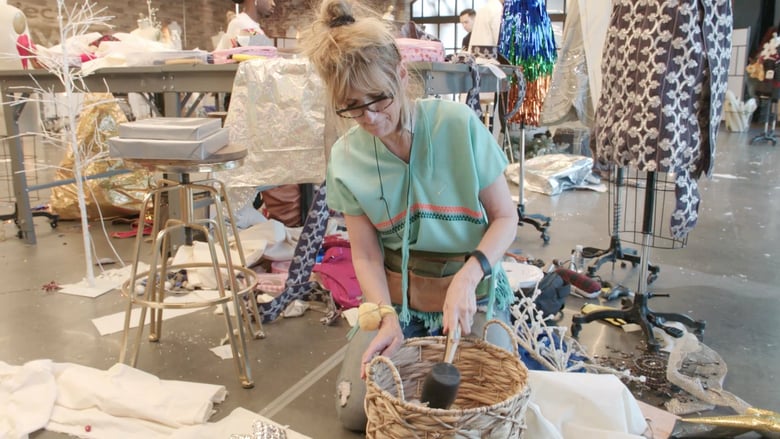 Fashion and reality television come together to create a stylish and fascinating show, ‘Project Runway‘. The focus of the series is a group of designers who have to make use of their creativity and resourcefulness. The aim is to come up with the best-looking clothes, while operating under various restrictions, including materials, themes, and time. There are eliminations at the end, keeping with what is expected of a competitive show. ‘Project Runway’ has a long and established history, with Heidi Klum having hosted the show at one time.

Currently, on Season 18, we have already seen some fascinating episodes, including one that tipped its hat to ‘Cats‘ by asking designers to put a spin on classic animal prints. The last episode set the mood for the holidays, asking designers to come up with the perfect party dress. Making things more interesting is the fact that the episode was an unconventional materials challenge, meaning designers have to work with unexpected materials as they design their clothes.

This is where Episode 4 picks up. Naturally, you must be wondering about what went down in this episode, and we are here to tell you that. However, first, let us walk you through where and when to watch the upcoming episode of ‘Project Runway’.

Project Runway Season 18 Episode 5 Release Date: When Will It Premiere?

The episode, titled ‘She’s Sew Unusual’, will see Cyndi Lauper acting as a guest judge, while the designers have to come up with cohesive mini-collections. They are intended to be a nod at Lauper’s fashion style in the 1980s while incorporating a modern take. There is a chance that Christian might be throwing out a mid-challenge to stir things up in the upcoming episode.

‘Project Runway’ is a Bravo TV show, so the easiest way to watch it is if you have a cable subscription. Without that, you can head to the Bravo TV site, to stream the episodes. Since cord-cutters are on the rise, their preferences are accounted for, and several options have been made available to them, including Fubo TV, Philo TV, Sling TV, Hulu, Amazon Prime, and YouTube TV. Some of these services offer a free trial period before charging you.

Episode 4 of ‘Project Runway’ starts with contestants hitting the Goodwill collection, with a budget of $150 each, to get the materials needed to design something for Karlie to wear. Since she plans on wearing it to an event in Paris, the idea is to make the outfit stylish and cutting edge. Viewers get a little designing tip themselves, as we see the designers all buying tons of bottom-wear. This is primarily because bottom-wear offers more yardage, which lets them make a proper dress for Karlie, who is tall and does not prefer anything too short.

Karla Welch, Karlie’s stylist, really helps out the contestants, since she knows Karlie’s choices inside out. It is heartening to see someone giving constructive feedback and suggestions, saving valuable time for the designers. She tells them right away what Karlie might or might not like, letting designers run with these little updates and inputs.

There is an awkward moment towards the end of the episode when Tyler is informed that Karlie would not wear the outfit he designed since it is too formal for a party. He immediately makes a retort about Karlie wearing it to a dinner with the Kushners. It brings to everyone’s mind that Karlie is married to Joshua Kushner, the brother of Jared Kushner, President Trump’s controversial advisor. In one fell statement, Tyler manages to bring reality to the reality show, but eventually, the statement is glazed over. Moreover, he comes out saying that he did not mean much by it. Ultimately, Victoria, who makes an asymmetrical belted wrap dress from two men’s suits has the winning look of what has been an exciting and slightly embarrassing episode.