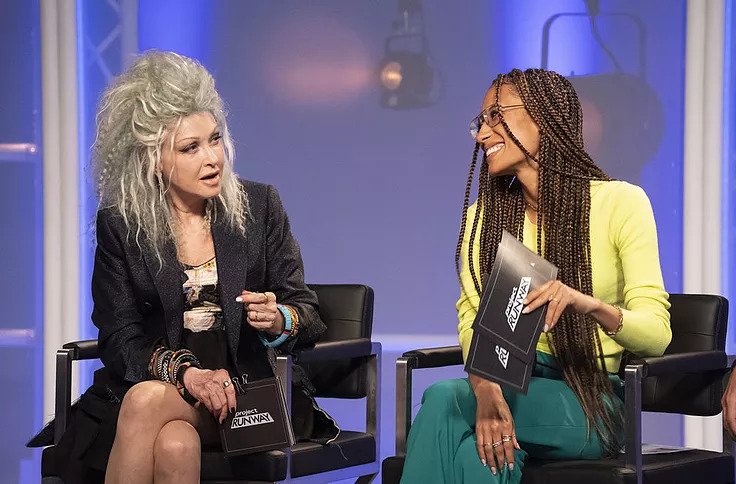 Fashion enthusiasts have long loved ‘Project Runway‘ because of the way it combines sartorial splendors with the thrill of reality television. Apart from the entertainment of watching designers scramble to make the best use of their time and resources, the series also provides genuine fashion tips for those willing to learn.

The premise basically follows a handful of designers who have to meet the objectives set for them in each episode, working under various constraints. One such example would be the surprise material challenge, where an unanticipated material is introduced and must be incorporated into the fashionable apparel being created.

The series has enjoyed a successful run, with the likes of Heidi Klum hosting at one time. Currently, the show is on Season 18, and the previous episodes have been extremely fun, including a tip of the hat to ‘Cats‘, and one where designers have to come up with a sleek dress for the host, from Goodwill clothes! Naturally, the episodes aim at keeping both participants and viewers on their toes.

Thus, you might be wondering about what goes down in the latest episode of ‘Project Runway’. We are here to tell you that, but first, let us walk you through where and when to watch the upcoming episode.

Project Runway Season 18 Episode 6 Release Date: When Will It Premiere?

The official synopsis of the episode reads, “In this week’s challenge, the designers are given a chance to think about their family history and channel those stories and emotions into a look of their choosing. The stakes are high in this one day challenge, as the designers need to face and embrace who they are in order to succeed. Luckily for the designers, there’s a surprise early on that will help boost their chances for success in this Flash Sale Challenge!”.

Episode 5 takes a step back in time with Cyndi Lauper acting as the guest judge. This week sees a dreaded team challenge, where numerous views have to be incorporated into one design. Naturally, this makes things tougher, and we see one team of five members, while the other team has six.

The teams are divided into Team 1, comprising of Geoffrey, Brittany, Delvin, Dayoung, and Nancy, who face Team 2, that includes Melanie, Marquise, Sergio, Chelsey, and ShaVi. Victoria, being last week’s winner gets to choose the team she joins, and she picks the first. Once the challenge actually starts, Team 1 lacks cohesion and seems to be all over the place. Brittany is convinced they are on the path of being eliminated. Team 2, on the contrary, seem to work well together. Their cohesion is even more remarkable considering they have to work with Sergio and his massive ego.

By the time the teams have to present their designs on the runway, we see a stunning upset as Team 1 comes out on top. Ultimately, it is Geoffrey who wins the entire challenge, sealing the victory with a hug from Cyndi herself. On the other hand, Melanie gets eliminated, regretting that the judges did not get to see her true artistic point of view because of her own fears.

It remains to be seen how the upcoming episode plays out.