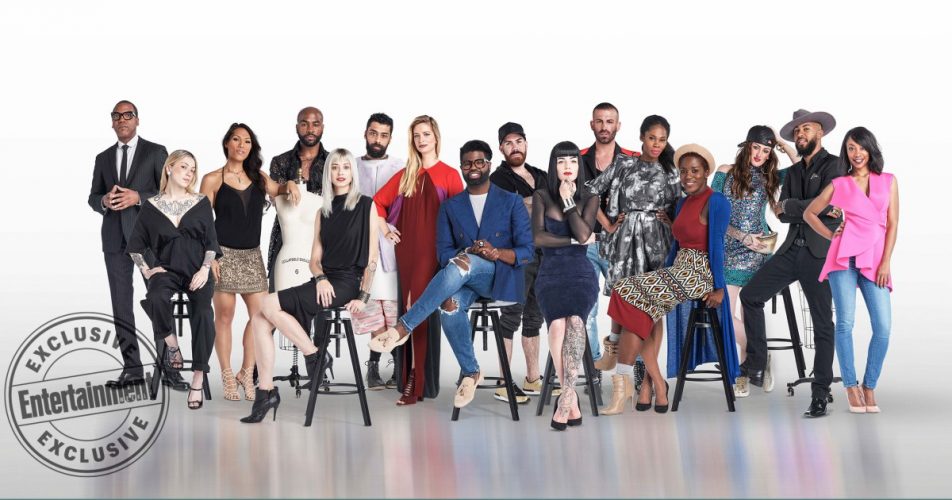 ‘Project Runway All Stars’ is an American reality competition series that originally aired on Lifetime. The series premiered for the first time on January 5, 2012. Bunim/Murray Productions and The Weinstein Company Television were the companies originally backing the project while Rob Bagshaw, Tara Boneillo, Gil Goldschein, David Hillman, Jonathan Murray, Barbara Schneeweiss, Harvey Weinstein, Daniela Unruh, Bob Weinstein, Meryl Poster, and Rob Sharenow were on board as the executive producers. However, following the break out of sexual allegations against Weinstein as part of the #MeToo campaign, the future of the show looks a little murky. Lifetime aired the last season, but now that The Weinstein Company has already filed for bankruptcy, and Harvey is facing criminal charges himself, it remains to be seen if the series will continue on Lifetime.

One good news for viewers is that ‘Project Runway‘ which has been picked up by Bravo, the original broadcaster of the series. Thus there is no reason that the spin-off too will not be picked up by Bravo. The original ‘Project Runway’ is a brainchild of Eli Holzman, the famed exec and creative powerhouse behind big names such as ‘Beauty and The Geek’, ‘Undercover Boss’, and ‘The Seven Five’, and like most of his other shows, ‘Project Runway’ itself sees a very unique and novel genre mashup between the walking ramp exhibition and the traditional, formulaic American reality TV game show.

The show and its spinoffs are all a tussle between fashion designers, fighting with their wits and dexterity in their craft, to tailor an outfit with set conditions and a time limit. In the original show, which aired more than a decade back in 2004, the ultimatum, for all the contestants, was working towards their endgame project which will be featured as a complete set of designer attire on New York Fashion Week, determining the victor. As far as the format is concerned, ‘Project Runway All Stars’ features the same core mechanics and a similar set of caveats to regulate the game, as contestants buckle up to get to the finals with their eyes set on the grand prize.

Project Runway All Stars Cast: Who is in it?

The main cast of ‘Project Runway All Stars’ is determined by the format of the show. Thus the contestants keep changing over the seasons, but the judges mostly remain the same. The way it works is that the host and two fashion designers fill in the three spots, while the fourth is filled by a supermodel, fashion designer, a celebrity or a professional from the industry which is related to the challenge given on the show.

Over the seasons, the judging duties have been taken up by Angela Lindvall, while the fashion designers involved were Isaac Mizrahi and Georgina Chapman. Lindvall has since then been replaced by Carolyn Murphy and Alyssa Milano over the seasons. Joanna Coles has served as a mentor to the fashion designers but had not acted as a judge. However, her tips over the episodes have made her an invaluable part of the show’s cast. She was replaced by Zanna Roberts Rossi and then by Anne Fulenwider.

In the upcoming season, the same set of judges are expected to return and hopefully, we will see fresh contestants who will make things interesting for us.

Project Runway All Stars Plot: What is it about?

The plot of ‘Project Runway All Stars’ mostly follows the same rules as the main show since it a spin-off. In each episode, contestants are required to design a set of clothes for a runway show, often including eccentric caveats, like the material can be products brought from a grocery store or even the designer’s own clothes. Through a process of elimination, the final contestants face off for the grand prize in New York Fashion Week. The designers are tasked with carrying out the challenges successfully while maintaining their own aesthetic sense.

This is what is the unique point of the show. In its love for fashion, it does not and cannot afford to eschew subjective aesthetics since that is what makes the designers unique. However, they do keep things interesting by giving them challenges of using everyday items, or sometimes even weird items through which to express their ideas of fashion. Designers from ‘Project Runway’ the original show, are given a chance again in this spin-off to showcase their talent. What really stands out is the combination of fashion and competitive reality television. Making just a fashion show would have drawn enthusiasts who are similarly inclined or touched by sartorial aesthetics. However, in making it a reality show competition, the show can afford to reach out to a much wider audience.

Hopefully, the series will continue in a similar manner and we will see edgier fashion, as the field is experimented with and boundaries pushed. After all, the content always resists against the form and seeks to expand it, and this is exactly what we hope to see once the show resumes.

Project Runway All Stars Season 8 Release Date: When will it premiere?

‘Project Runway All Stars’ Season 7 premiered on January 2, 2019. The show is yet to be renewed or canceled on Lifetime, but there is not even any assurance if the series will continue or lifetime or head to Bravo, like the original ‘Project Runway’. Truth be told, following the charges against Weinstein, the show is on rather shaky grounds due to the dissolution of his production company.

We are hoping that if Bravo picked up the original show, there is a good chance that they will pick up the spin-off as well. While it remains uncertain for now, an official announcement could come through any day. If the new season is greenlit, there is a good chance of ‘Project Runway All Stars’ Season 8 airing sometime in 2020, or 2021. However, do stay tuned to this section for an official update about the future of the show.

While we wait for an update on season 8, check out the season 7 trailer to refresh your memories.