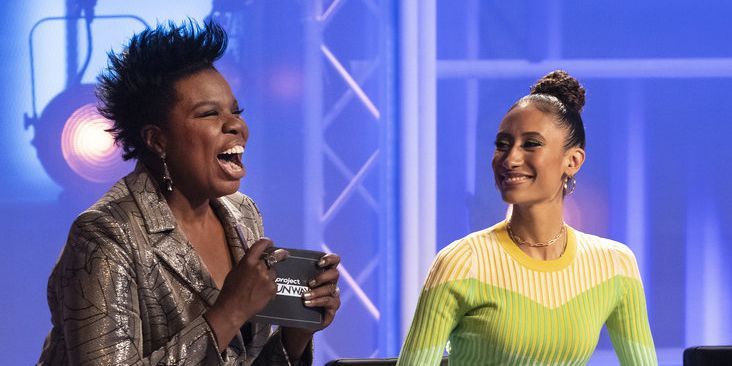 Fashion meets reality television like never before, on ‘Project Runway‘. Combining creativity and competition, the series has witnessed success in the past and the current season. The participants have shown uniqueness, and out of the box thinking, and we have had moments of drama, including a Siriano Save in the previous episode as well.

Naturally, you might be wondering about what goes down in the latest episode of Season 18. We are here to tell you that after walking you through when and where to watch the upcoming episode.

‘Project Runway’ Season 18 Episode 11 is slated to release on Thursday, February 20, 2020, on Bravo TV at 9/8c. The upcoming episode will be about designing victory dresses for Olympic and Paralympic athletes.

Nina Garcia steps out in tie-dye and the challenge is clear. It has to be turned from something dated and casual to fresh and stylish. Tie-dying is a tough job so designers get help from experts, and despite being a one-day challenge, they get time to work in the evening, because tie-dye takes a while to dry out.

Delvin seems to run into trouble from the start, as he cannot retain the information Craig Eaton and Kate Nolan, the tie-dying experts, give out. Ultimately, he plans on making a phoenix from the ashes suit dress, but Victoria warns him not to be too similar. Sergio decides not to go with cotton as a material, while Nancy takes a risk by putting off tie-dying for later.

Brittany seems to help everyone out at the start because she is the only one who took notes when the information was given out by the experts. When Christian comes around, he is scared by Nancy’s approach, who hasn’t started tie-dying yet. Marquise has a good look but could make it more exciting, according to Christian, who also has nuggets of wisdom for Geoffrey, that the latter seems to embrace.

Christian likes Brittany’s silhouette but feels Victoria’s might be a bit dated. When he sees Delvin’s work, he tells him the same thing Victoria did. The design looks like something Delvin has done before. Once the designs are done and put on models, the judges make their decisions.

Geoffrey wins the challenge and considering he took the feedback well and incorporated it makes the victory well-deserved. Delvin, on the other hand, is eliminated. Victoria might have been the one to go, but her better track record and stronger aesthetic sense have kept her on board for now. However, that could change easily in the exciting upcoming episode of ‘Project Runway’.