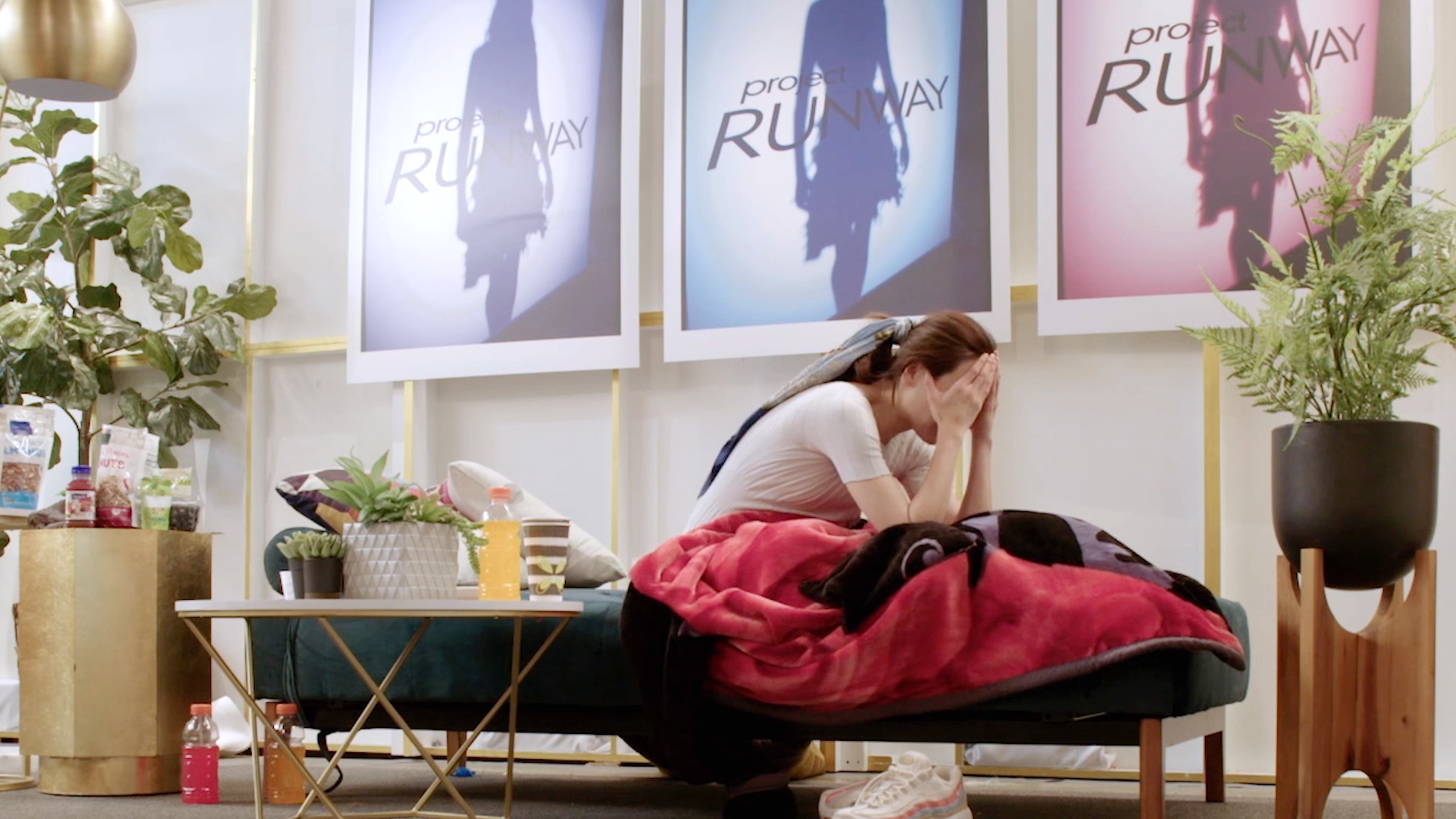 ‘Project Runway‘ wonderfully blends the creativity of fashion designing and the thrill of competition. Currently, on Season 18, the show has taken us to various extremes, with a ‘Cats‘ themed challenge, and one where designers tap into their heritage to come up with a dress.

Last week’s episode sees designers base their runway looks on pop artist, Ashley Longshore’s, works. While we see some bold new looks, we are slightly concerned about Dayoung, who does not seem to be dealing well with the stress.

Naturally, you might be wondering about what goes on in the recent episode. We are here to tell you that, right after walking you through when and where to watch the upcoming episode.

Titled ‘Suit Up’, the episode deals with designing tuxedos. The contenders will have to base their looks on Christian Siriano’s Oscar look, designed for Billy Porter. They have to take the tux to the future, mixing male, female, as well as non-binary models.

Even before the challenge starts properly, Dayoung’s health issues act up. Being plagued for quite a while now, Dayoung quits, to get medical help. Marquise is brought back. However, this is not a Siriano save. The returning designer just replaces Dayoung, but consults with the latter, while going through the challenge.

As the designers all do their bits, Delvin seems to be doing a good job with the skirt, but Christian feels he can do more with the top. Meanwhile, Chelsea struggles with her look, which does not seem to be working, while Victoria is called out, directly, for using the same look in almost all her dresses.

Sergio seems to be operating on another level. He started off with a lot of confidence and seems to have figured the challenge out, as is evident in the rather condescending way he comments on others’ hardships with this challenge. Once the dresses are completed, and the runway walk is over, it is time for the judges to give their verdict.

The cocky Sergio walks off as the winner this week. While viewers might like to dislike him, there is no denying that his design was by far the best in this episode. Chelsey gets eliminated, which is rather disheartening. There is no Siriano Save this week either.

Next week, as eliminated designers are back as helpers, the challenge to make a modern tuxedo will be one to watch out for.