When Does Project Runway Season 18 Start? 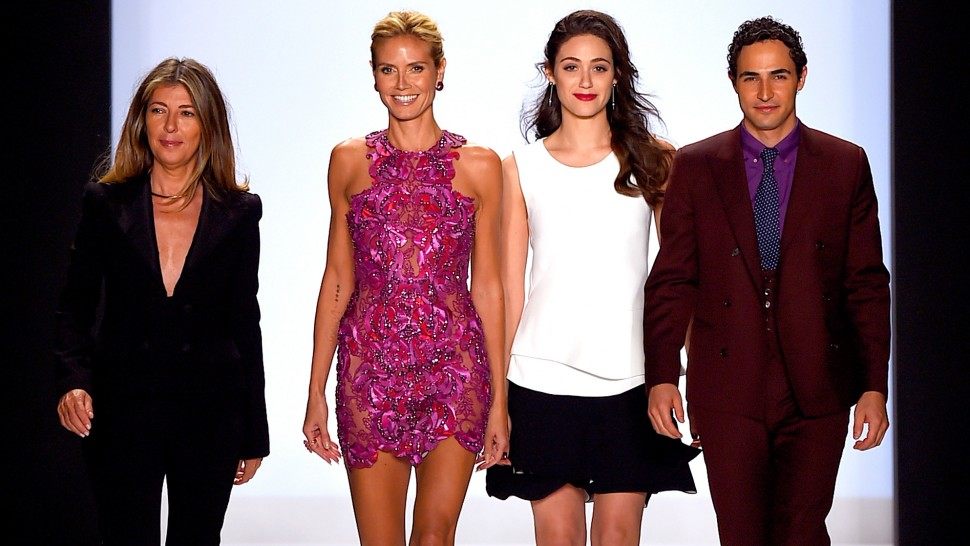 ‘Project Runway’ is the single most high-profile reality television series, in the world of sartorial fashion. The series boasts of a creme’ de la creme’ panel of judges, including the likes of Heidi Klum, Nina Garcia, Michael Kors, Elaine Welterworth, among others. Created by the iconic American television producer Eli Holzman, ‘Project Runway’ first premiered on the ‘Bravo’ network, on December 1, 2004 resulting in a ripple effect in the world of fashion.

Since its premiere, the series has enjoyed an uninterrupted yet complicated run on national and internal television. Initially, the series after a run for 5 straight seasons on the ‘Bravo’ network was picked up by ‘Lifetime’ for the next eleven. The airing rights changed yet again on May 14,2018, in the wake of ‘The Weinstein Company‘s’ bankruptcy, and marked the series’ return to ‘Bravo’. On September 7,2018, long time cast members Heidi Klum and Tim Gunn withdrew from the show in order to helm another fashion reality series on Amazon Prime, resulting in widespread disappointment among its fan base.

The New School University’s Parsons School for Design in New York served as the location for the shoot of several of the initial seasons of ‘Project Runway‘. However, along with the network change to ‘Lifetime’ in the sixth season, the location of the filming shifted to Los Angeles for a season, only to be moved back to New York subsequently.

Project Runway Cast: Who is in it?

Each season of ‘Project Runway’ features twelve or more fashion designers, who undergo a process of elimination every week, on the path to identify the final three who serve as finalists of the show. Female fashion models, who work with the designers throughout, are also in the competition. As the number of participating designers dwindles, so does the number of models. Models are randomly pre-assigned to  the designers during the first challenge, but from the second challenge onwards, the designers are at liberty to ascertain the models of their own choice.

Over its run, that exceeds a decade, ‘Project Runway’ boasts of a distinguished panel of judges, which include supermodel Heidi Klum, reknowned fashion designer Michael Kors, Elle magazine’s editor-in-chief Nina Garcia. Post the sixteenth season, a new panel of judges were introduced, with only Nina Garcia of the original lineup staying on. This new panel consists of American supermodel Karlie Moss, American fashion designer and television personality Brandon Maxwell, and the editor in chief of ‘Teen Vogue’, Elaine Welteroth.

What is Project Runway About?

‘Project Runway’ is structured as the typical elimination reality show, consisting of 12 fashion designers and models, with one or more of them getting eliminated every week based on their performances in the challenges presented to them by the show’s judges.

The challenges range in creative diversity in order to test the designers’s ingenuity while maintaining their personal sartorial aesthetic. Examples of these said challenges may include creating a garment from non traditional materials such as apartment furnishings as seen in Season 3, items from a grocery store, edible food items, etc. Contestants may also be given the task of designing for high-profile personalities such as actress Brooke Shields, figure skater Sasha Cohen, amongst others. Some seasons even witness the contestants designing corporate lines for multi-national clothing brands such as ‘Banana Republic’, ‘Macy’s’, or Sarah Jessica Parker’s ‘Bitten’.

While on the show, the participants are not allowed to leave their assigned apartments, without prior notification, or make unauthorized communication with family or friends. Researching designs on the Internet, or using pattern books for reference, are strictly prohibited, and warrants for immediate expulsion from the show. Keith Michael in Season 3, and Claire Buitendorp in Season 16, are examples of participants expelled along similar lines.

Budgeted stipends are provided to the participating designers to select and purchase fabrics of their choice. They are then expected to complete their respective designs within a stipulated amount of time– ranging from a few hours to a week. Depending on the parameters of the challenge presented, the participating designers either work independently, or in teams.  As soon as the deadline is reached, it is the designer’s job to dress  their model of choice, choose their make up, hairstyle, before the presentation for the judges. Each model walks down the runway, and the contestant’s design is rated by the judges in several categories from 0-5.

While the top 3 scoring contestants receive immunity for the next challenge (cannot be eliminated), the lowest scoring contestant is eliminated from the show, with host Heidi Klum giving him or her a double air kiss on the runway and bidding farewell, by using her show catchphrase ‘Auf Wiedersehen’. Post the final challenge, the top 3 designers or finalists are assigned the task to create a complete fashion collection comprising of twelve separate looks to be presented in the New York Fashion Week, in Bryant Park. The winner receives a whopping 100,000 dollars as prize money to launch their own fashion line, a feature spread in ‘Marie Claire’, and mentorship from a top designing firm.

Project Runway Season 18 Release Date: When will it premiere?

Project Runway season 17 premiered on March 14, 2019, after having undergone several changes. Since Klum and Gunn have quit, they have been replaced by Karley Kloss, and Christian Siriano respectively. Seasons 14 (Oct-Nov ’15), 15 (Oct-Nov ’16), and 16 (Oct-Nov ’17), were all released at a gap of exactly a year. Season 17, however, broke this trend due to the aforementioned managerial changes.

As far next season is concerned, the show has been renewed. On October 9, 2019, it was announced that Project Runway season 18 will premiere on December 5, 2019, while the judging panel and mentor remain unchanged.

Here’s the trailer of season 17 of the show.