When Will Property Brothers Return For Season 15? 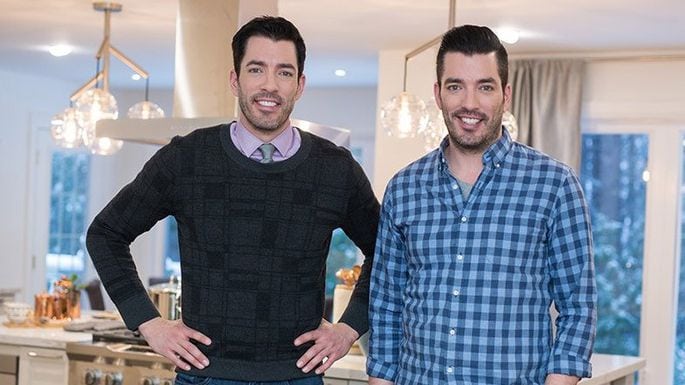 ‘Property Brothers’ is a reality TV show that originated in Canada and airs on the W Network in Canada, and HGTV in the US. The show first premiered on January 4, 2011. It is the original show in the ‘Property Brothers franchise’ which has since then gone on to include short films like ‘Makeover Manor’, other television series like ‘Buying and Selling’, a radio program, an app, and books.

The series has been showcased in over 150 countries till now. The show is filmed in a different location every season. Season 14 was shot mostly in Las Vegas. Let’s find out whether there will be a ‘Property Brothers’ season 15 and other details about the show.

Who Are the Hosts of Property Brothers?

‘Property Brothers’ features twin brothers Drew and Jonathan Scott as the hosts. Drew is an expert real estate agent whereas Jonathan is a licensed contractor with more than 15 years of experience. Drew and Jonathan Scott combine both of their skills and help to find, buy and renovate a house to transform the property into their dream home. The partnership between the brothers is what really keeps the show going. It is not just about building together, it is about listening to each other, instead of being so rushed to complete the work within the deadline that they do not reassess the situation.

Since the brothers are rather goofy, their partnership has found a certain groove with the viewers, who love watching these two work together to build a home one would never want to leave. What makes them tick is how they divvy up the responsibilities and set forth to divide and conquer. We see this not just in the show, but across their franchise.

Season 15 will obviously see the brothers back.

What is Property Brothers About?

‘Property Brothers’ revolves around twin real estate experts who are set to help the buyers of houses and transform the fixer-uppers into their dream homes. Drew and Jonathan Scott together helps the families by dividing the work amongst themselves, which includes Drew finding a potential fixer-upper in each episode, keeping in mind the strict deadline and an economical budget. Jonathan designs the place to its full potential. The brothers claim that the show is unscripted and everything you see is shot in real time. The quality of work these brothers deliver while racing against time, in most cases a family occasion, is what sets this show apart.

What stands out about the show is not as much the act of renovation itself, as it is the teamwork between the brothers. While the show had earlier started with the brothers introducing potential buyers to dream houses, only to reveal it was out of their budget, the latter seasons changed that, with the episode starting with the news that the house would most likely exceed the budget. Since the potential buyers are now financially prepared, the twins go about doing what they do best. The viewers are shown a graphic design of how the potential house will look. Once they are satisfied with the planning, they are allowed to stay for the initial demolition, after which they are moved from the site for the entire duration of the construction, and are only brought back during the conclusion, after the brothers have worked their magic.

The show appeals to a wide range of viewers, some of whom see it for the expertise of the property brothers. After all, anything related to houses is very practical knowledge, and the way the twins present it is very enticing to the viewers. Moreover, the brothers retain a sense of humor during the show, while also racing against time. This adds elements of humor and drama to a show that would otherwise have been just dry information.

Moreover, the brothers are reportedly very accessible to the people they work with, which includes not only their clients but also the contractors they have worked with while filming in other cities. The brothers believe that just because they are on a television show does not mean they need to be arrogant or high-maintenance. Instead, if they are likable people to work with, there is a better chance of being more popular. While this mantra is definitely a good one to live by, the show has managed to garner such an expansive fan base, also by shooting in different locations.

People are always eager to know about the real estate market and conditions in their particular areas and thus the brothers have been invited to various places and made fans in places where they have worked their magic. Hopefully, in season 15, the show will continue in a similar fashion and we will see the brothers team up to work more efficiently, making houses into dream homes for their clients.

Property Brothers Season 15 Release Date: When will it premiere?

As far the next season is concerned, we don’t have an official announcement yet. However, the show enjoys immense popularity and is the cornerstone of the ‘Property Brothers’ franchise. Thus, it is unlikely for it to be canceled by the network. Going by the release pattern of the previous seasons, it is likely that ‘Property Brothers’ Season 15 will release sometime in February, 2020 since the production of a show like ‘Property Brothers’ does not take much time.

While we wait for the release date of ‘Property Brothers’ season 15, check out this clip to refresh your memories of the show.