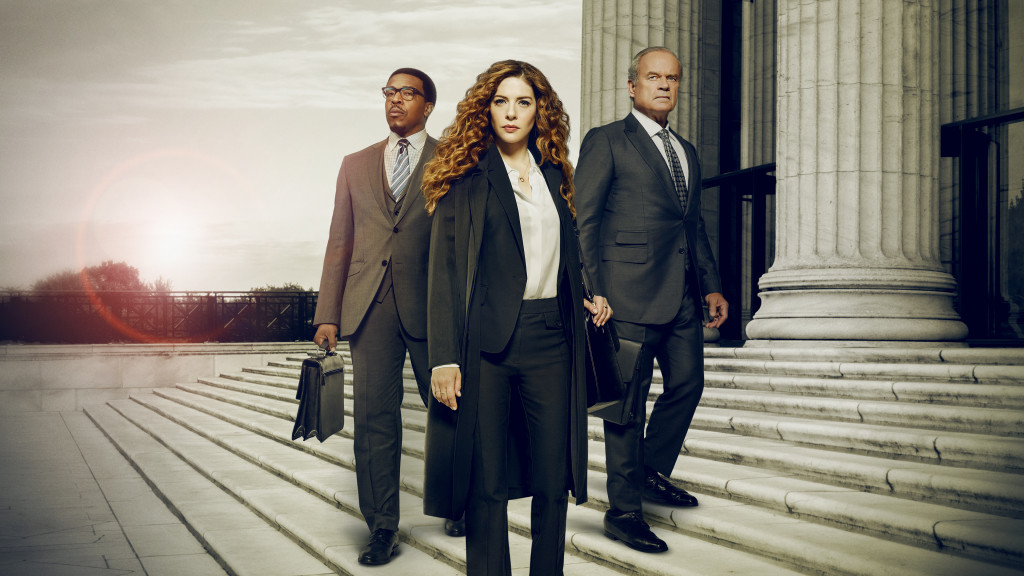 “The Good Wife” and “Boston Legal” are not the only good legal dramas on TV right now. Fox Network’s Proven Innocent is the another addition to the genre. It stars Academy Award-nominated actor Russell Hornsby, Tony Award-winner Nikki M. James, Six-time Emmy award-winning Kelsey Grammer, and Golden Globe-nominated actress Rachelle Lefevre in the primary roles. The first season of the series premiered on Fox on February 15, 2019. David Elliott is the creator of the show who is well-known for Fox’s drama G.I. Joe: The Rise of Cobra. The lead production companies of this series are Danny Strong Productions and 20th Century Fox Television.

The series shines a light on the shady justice system prevalent in the world. Through Rachelle Lefevre, who plays Madeline Scott, we meet people pronounced guilty for crimes they didn’t commit and sent behind bars. “You’re following the stories of people who are each really haunted in their own way,” says LeFevre. “Levi (is haunted) by his prison time and current drug addiction; Madeline from having lost ten years of her life and everything that means for a person, for a woman, for emotional health and relationships. And Kelsey Grammer’s character, he is also haunted by the two of them.”

Proven Innocent Cast: Who is in it?

Rachelle Lefevre plays the lead, Madeline Scott, in the series. She is a lawyer at a firm. She is wrongfully convicted of murder and sent to jail. After spending ten years in lockup, she decides to avenge her wrongdoers.

Ezekiel “Easy” Boudreau is a senior worker in Madeline’s firm. He is a former reinsurance lawyer who gets Madeline’s sentence overturned. The character is played by Russell Hornsby. After Madeline’s release, he is reinstated as the senior partner at her firm. Nikki M. James plays Violet Bell. She works as a media consultant at Madeline’s firm. Apart from that, she is also a host of a podcast.

Vincent Kartheiser plays Bodie Quick. He works as a chief investigator in Madeline’s firm. Riley Smith plays Levi Scott who is Madeline’s brother struggling from an addiction of oxycodone. He gets addicted to it after being released from prison. Kelsey Grammer plays Gore Bellows; She is an attorney at The Cook County state attorney. She finds her career at the brink of collapse when she is charged with multiple wrongful convictions. Her list of inaccurate convictions includes the names of Levi Scott and Madeline Scott.

The other cast members of the show include Clare O’Connor as Young Madeline Scott, Elaine Hendrix as Susan Andrews, Laurie Holden as Greta Bellows, Caitlin Mehner as Heather Husband and Catherine Lidstone as Isabel Sanchez.

Proven Innocent Plot: What is it about?

Madeline Scott works as a lawyer at a criminal defence firm owned by herself and her partner, Easy Boudreau. Communications director Violet Price and investigator Bodie Quick also work at her firm. Violet also runs a true crime podcast on a channel which features investigations of the cases they undertake. The premise of the legal drama revolves around the emotional story of Madeline who is fighting a battle to serve justice to wrongfully convicted men and women behind bars. She was 18 when she was sent to jail with her brother Levi for a murder they did not commit. Since then, she had vowed to get her name off of the sensational murder case that made her the infamous villain in the eyes of the world. With the help of Easy Boudreau, she manages to get her conviction overturned.

Desperately hungry for justice and with a fire of vengeance burning within her, Madeline has set herself a goal to punish those responsible for the injustice done to her. She is out to destroy Gore Bellows’ career who was the prosecutor during her trial and has a litany of falsely convicted people on his record. The team decides to reopen cases to exonerate innocent people that were ‘proven’ guilty of crimes they didn’t commit. They begin with Harvey Birkbeck, their newest client, who Madeline succeeds in freeing by persuading Gore Bellows to discard his conviction before he can announce his state attorney general candidacy. They move to Lucia Rincon who was accused of killing her child and eventually convicted. While digging for evidence, Madeline finds evidence that can destroy Bellows’ campaign, but she instead used it as leverage to free Lucia. Madeline takes up numerous other cases where justice was not served, and despite the many challenges and obstacles on her path, she fights the ugly and power-hungry side of the law with an aim to bring it down for good.

Proven Innocent Season 2 Release Date: When will it premiere?

Proven Innocent season 1 premiered on February 15, 2019. As far as the next season goes, we have bad news for the fans. On May 10, 2019, Fox announced the cancellation of the show. Considering the declining viewership of the show, it was expected that Fox may not continue for another season. Though, fans should not lose all their hopes. There’s still a possibility that some other network picks up the show. If that happens, we will update you about Proven Innocent season 2 release date.

While we wait for any positive news onProven Innocent season 2, check out the season 1 trailer to refresh your memories. If you haven’t seen the show yet, head over to Fox to catch all the episodes of the first season.