Will There be a Psychic Kids Season 5? 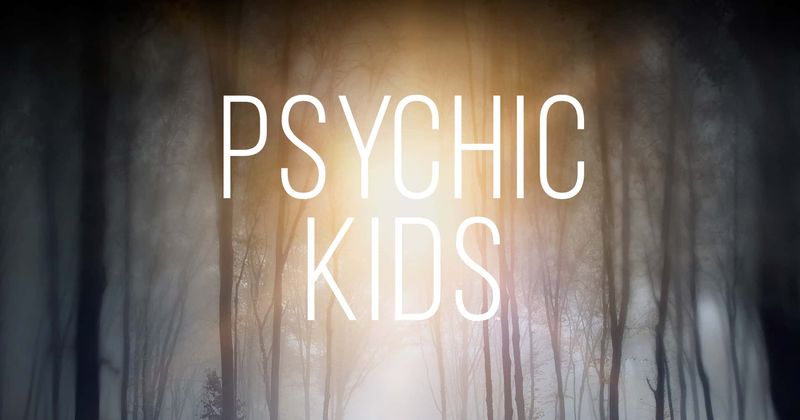 ‘Psychic Kids’ is a paranormal-themed documentary series that airs on the A&E television network. It follows kids across the US who claim to have psychic powers, which enables them to communicate to the other side via mediums. The show’s primary purpose is to guide these children with special abilities and help them harness their power. It attempts to highlight that these kids are not alone in this world and there are people who can relate to them.

‘Psychic Kids’ premiered on A&E in 2008. After spanning three seasons and concluding with the third installment in 2010, it was announced that the series had officially ended. However, on June 26, 2019, A&E confirmed that ‘Psychic Kids’ has been revived for a fourth season.

‘Psychic Kids’ released in August, 2019, but was met with lukewarm response, with some critics even accusing the show to exploit children. So, now the question becomes, will there be ‘Psychic Kids’ season 5 (season 2, if you count the latest version as the first).

Psychic Kids Cast: Who is in it?

Originally, ‘Psychic Kids’ was hosted by psychic investigator Chip Coffey, alongside Edy Nathan, Chris Fleming, and Kim Russo. They would scour the country and discover children claiming to have psychic abilities. Each season, throughout its episodes, feature kids who are distraught after facing strange phenomena, involving spirits and other unearthly beings.

The revived version of the series embraces the same concept and follows some of the kids featured during the previous run. However, here is the difference. They are all grown-ups now and they take it upon themselves to guide a new generation of special children.

In season 4, we meet 25-year-old Peri Zarrella and Ryan Michaels, who seek to help certain families. The parents ask their help as they are finding it challenging to communicate to their kids, plagued with bizarre visions. Peri currently holds a Master’s degree in Clinical Psychology from Columbia University and Education from the Spirituality Mind Body Institute. She first lands in Lower Burell, Pennsylvania to mentor nine-year-old Kendyll. Kendyll is an adopted child and has a history of coming from a troubled family. According to her, she is often plagued by menacing spirits and ‘the grey people’. Once a happy kid, she is now constantly nervous, scared, and angsty.

On the other hand, Ryan (an alumnus from season 3 of ‘Psychic Kids’) currently aids the FBI in solving cases of missing persons. His first task takes him to Columbia, Maryland, where he meets nine-year-old Ethan. Ethan has been dealing with paranormal experiences since the age of three. A victim of bullying, he is gradually becoming isolated and his visions are threatening to destroy his persona. Ethan also shares his worry about his family getting possessed.

Next, we meet Saylor who feels that there is always someone watching her. She is scared of what would happen if the entity tries to hurt her. Apart from the kids mentioned above, we also witness several other youngsters facing similar issues and Ryan/Peri/other alumni from ‘Psychic Kids’, stepping in to offer a helping hand.

If the show gets renewed, some of past members may again appear in season 5.

Psychic Kids Plot: What is it about?

As a parent, one of the most dreaded moments is when their kid comes up and asks some awkward questions — such as, “Where do babies come from?” or worse still, “Do kids die?” But these are regular queries of a curious mind. Now, imagine. What if your toddler claims, “I see dead people.” What if the famed quote from ‘The Sixth Sense’ becomes a reality? ‘Psychic Kids’ is a show that is conceptualized to address just this scenario.

When ‘Psychic Kids’ first debuted in 2008, it was all about children, attempting to control their extraordinary abilities — under the guidance of Chip Coffey, Edy Nathan, Kim Russo, and Chris Fleming. On their journey, the experts also attempted to comfort kids as well as their families, who were definitely freaked out with this weird turn of events.

Now, after almost a decade, these very kids are leading content, successful lives. In the revived version, the stars from the previous seasons return to guide and support an emerging generation of children with extraordinary capabilities. For instance, Ryan and Peri visit individual families, spend time with the kids, and help them in taking control of their gifts. Additionally, they explain how it is, in fact, a blessing to be endowed with such rare powers.

Psychic Kids Season 5 Release Date: When will it premiere?

As far as the next season goes, we don’t have an official announcement yet. Though considering the mediocre response of latest season, we would not be surprised if A&E doesn’t renew the show. But if it does, ‘Psychic Kids’ season 5 can release sometime in August, 2020. We will update this section as soon as we hear more.

Below is an official sneak peek into season 4 of ‘Psychic Kids’. Check it out to get an idea of what the latest season promises to bring for its viewers.