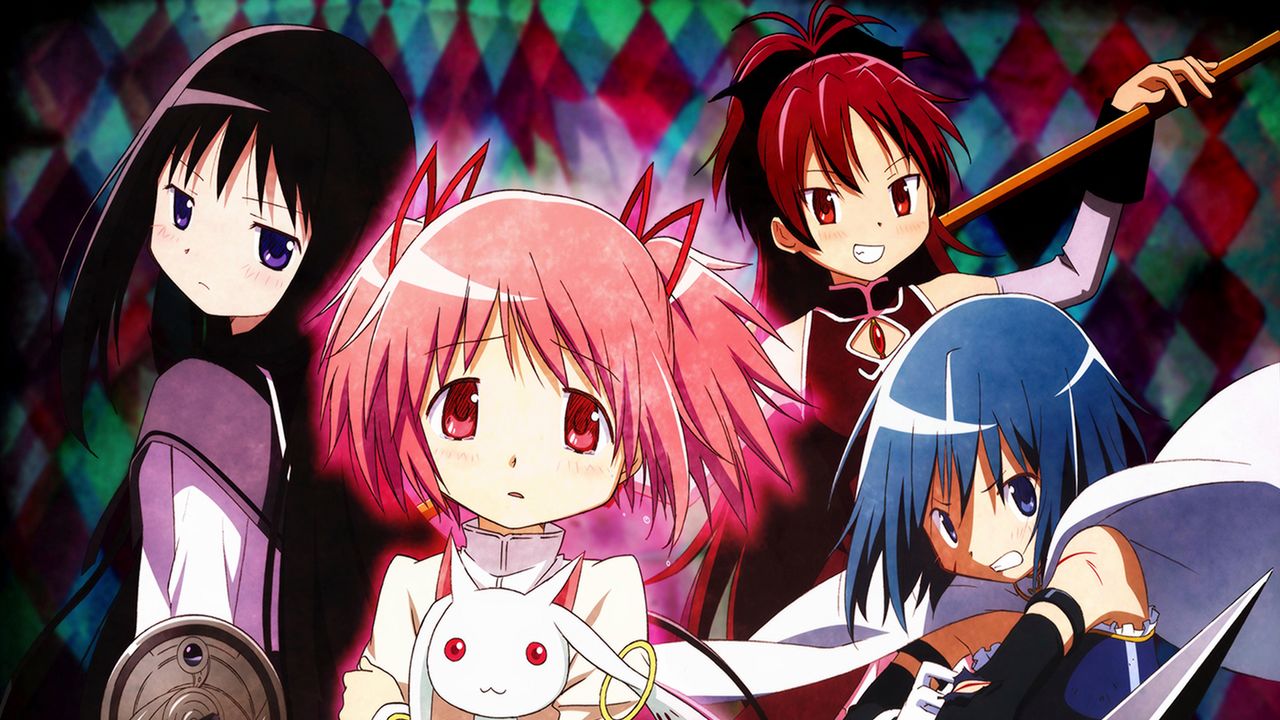 I generally avoid watching magic anime series where you see the typical Shoujo girls with magic wands and frilly clothes. ‘Puella Magi Madoka Magica’ has magic right there in its title, so for obvious reasons, I had no expectations from it despite the good reviews. But it’s these reviews that got me all curious about it and that’s when I finally gave in and decided to give it a shot. I threw all my preconceptions aside for a while and started watching the first episode. It was oddly entertaining, so I decided to watch another one and by the time I reached the third, I was hooked and then there was no coming back till the end of the entire season. To my surprise, it was far beyond my expectations and I was glad that I gave it a try.

Most typical shoujo magic anime are targeted towards young girls who want nothing but a playful and entertaining storyline. ‘Puella Magi Madoka Magica’, however, is nothing like that. In fact, it is clearly not targeted towards that demographic at all because the storyline is more on the darker side and has some insane plot twists that will blow your mind. Despite having just 12 episodes, it has a very detailed and well-planned plot that unfolds at an almost perfect pace. There is never a single dull moment in the entire series and each episode ends with a cliffhanger.

The animation in the series, however, is a little off at times. Some of the characters have a distorted face with either their eyes a little off place or their overall movements lacking the necessary subtlety. But all of these are just minor flaws and the animation style is still better considering some previous controversial works of SHAFT studios.

Overall, anyone who has the slightest interest in anime will be able to enjoy this show, as ‘Puella Magi Madoka Magica’ is short, engaging and extremely entertaining. And for those who are naturally inclined to magic anime that involves young cute girls, this is the perfect show for you. Even for the ones who are not really into this genre, this series will come off as really intriguing and special as it goes way beyond what others offer. Just make sure that you patiently get through the first three episodes; the rest of it will then fall into place and you’ll absolutely love it till the very end. If you enjoyed this anime as much as we did and are hoping for a new season, then we might have some good news for you up ahead!

‘Puella Magi Madoka Magica’ season 1 premiered on January 7, 2011 and it came to an end on April 22, 2011. Many fans have claimed that the series has come to an end and that there will not be any more of it. But to everyone’s surprise, in November 2018, the writer of the manga tweeted that there is a little more to the manga and it has not yet reached its end. This could be a big green flag for a new season and we are hopeful that ‘Puella Magi Madoka Magica’ season 2 can release sometime in 2020. We will update this section as we hear more.

The English Dub of ‘Puella Magi Madoka Magica’ season 1 is available on Crunchyroll.

‘Puella Magi Madoka Magica’ centers around two characters named Madoka Kaname and Sayaka Miki, who are both middle school girls with nothing special going on in their ordinary lives. But one day, everything changes when they meet a magical figure named Kyuubey, that looks like a cat, and a new transfer student named Homura Akemi. The cat, Kyuubey, offers the two girls a proposal where it claims that it will grant any one of their wishes and then turn them into magical girls which will allow them to do whatever they wish. But Homura then comes to their rescue and tells them that they should not accept the proposal because being a witch isn’t all sunshine and rainbows. The two girls still accept the cat’s offer and what unfolds is a story of trust, hope and a whole lot of magic where Madoka and Sayaka slowly understand the consequences of their decisions. 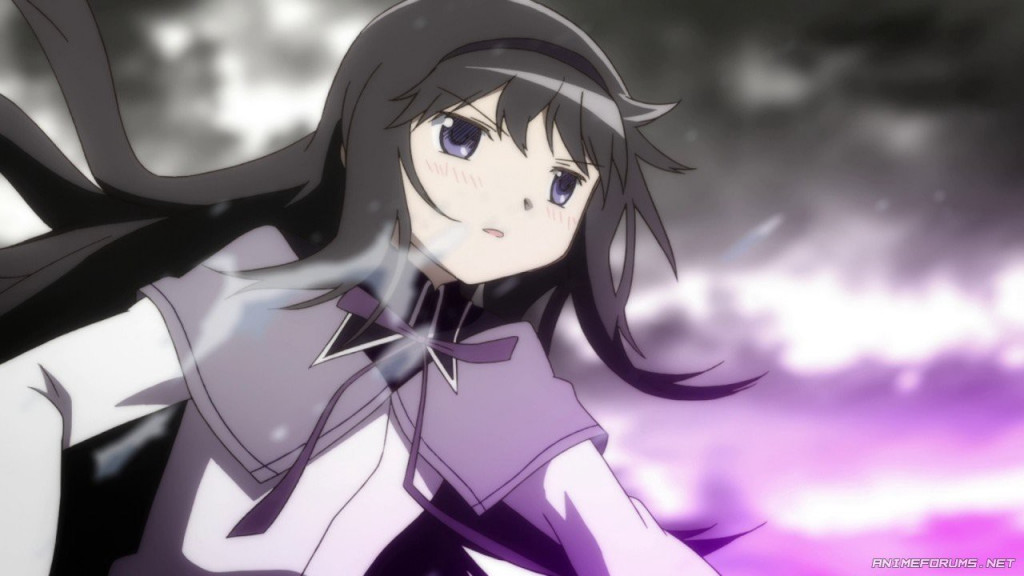 Homura is one of the main characters of the series. She has long black hair and violet eyes. She presents herself as a very stoic person. She has a Magical form and also a demonic form and in both of these forms, she exhibits two very different personalities. From the first day itself, after she joins the Mitakiahara Middle School, she seems very intelligent, a little anti-social and extremely cold towards those around her. It is later revealed that she has suffered so much after becoming a magical girl that now she feels absolutely nothing and that’s the reason why she stops the two girls from accepting Kyubey’s proposal. 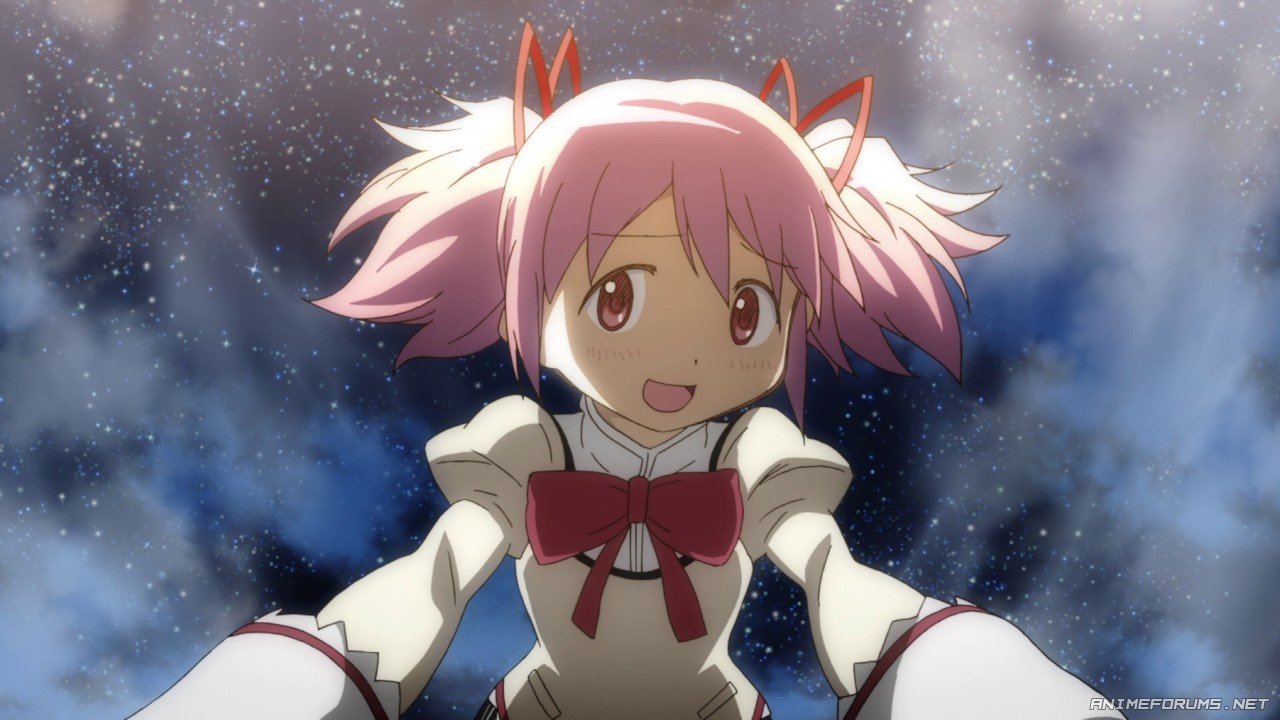 Madoka is another protagonist from the show, who at first lives quite an ordinary life, which completely changes when she meets Kyubey and Homura. She loves how Homura uses her magical powers to fight against evil and this inspires her to accept Kyubey’s proposal. She is a very selfless person who does not want to use her magical powers for her own personal benefits; she wants those powers only to help the ones in need. Though she does have a lot of magical potential, she later realizes that being a magical girl is no piece of cake. 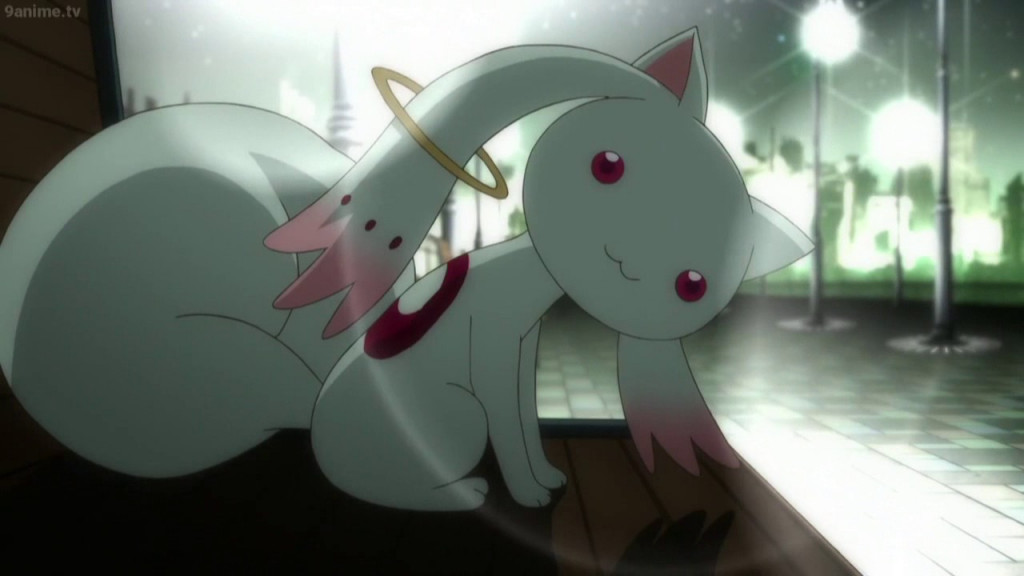 Kyubey is the Magical Messenger who grants the wishes of young girls by offering them magical powers, but in return, it takes their soul. Kyubey is a very tiny and furry cat-like creature that has 4 ears, reddish pink eyes, and a long fluffy tail. After offering the girls magical powers, Kyukey offers them a magical gem that binds their contract. If the girls destroy the gem, they will lose all of their magical powers and will eventually die. It has no gender and lacks any real emotions like humans. It shows no feelings towards the magical girls and refers to them as empty shells. Though the creature is emotionless, it loves taking hot baths and enjoys eating good food. It is immortal because it has the ability to reproduce itself whenever injured and just eat its old version. Kyubey claims that it turned the girls into soulless zombies but it did not intend to cause any harm; it only does what others of its kind have been doing all this while. 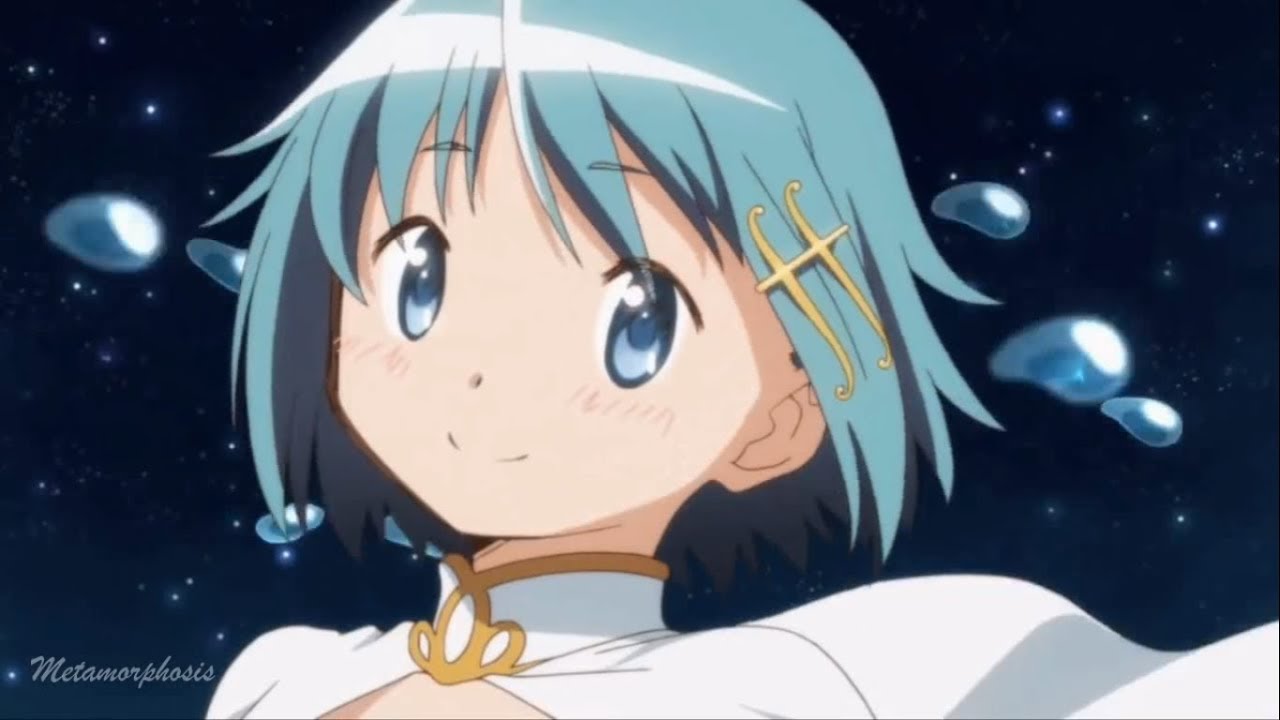 Sayaka and Modaka are really close friends and from the beginning itself it becomes very clear that the only reason why she wants to be a magical girl is because she can save Modaka. Sayaka is portrayed as a tomboyish girl who selflessly cares about all of her friends. She really digs romance and classical music and rarely thinks twice before saying or doing something. Because of this, she often gets into conflicts with others. She loves playing games, watching anime and it is hinted that she also enjoys cosplaying. She gets into a lot of conflicts even after turning into a magical girl, but Homura always intervenes and saves her from getting killed. Sayaka hates getting rejected and there’s this one instance where she gets rejected by a guy she wanted to date. She gets really sad after this and expresses how badly she wanted to be with him.