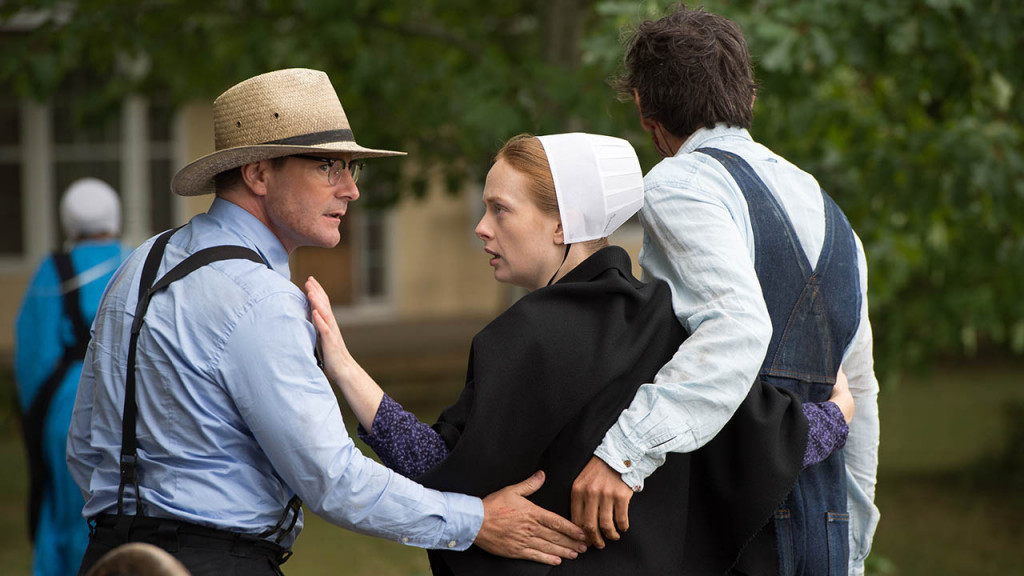 ‘Pure’ is a Canadian crime drama television series that first aired on CBC Television and then on Super Channel. It first premiered on January 9, 2017. Notably, Hulu picked up the show in the US on April 12, 2017, while WGN America got the US television rights to the series in August 2017.

The series is created and written by Michael Amo of ‘The Listener’ fame and directed by Ken Girotti, who has worked on ‘Orphan Black‘ and ‘Vikings‘. Amo spoke of the show and how he had pitched the idea to several networks in the 2000s but did not find any takers. However, now that crime drama, especially those related to drugs, have come to the forefront, with some excellent offerings like ‘Breaking Bad‘ and ‘Narcos‘ out there, it is no surprise that ‘Pure’ got picked up and is doing rather well.

‘Pure’ is set in a fictional town called Antioch in Southern Ontario, as well as the U.S. state of Texas and the Mexican state of Chihuahua. The show is inspired by the operations of a Mennonite organized crime ring that smuggled cocaine and marijuana from Mexico to Canada and the United States. The show was embroiled in a controversy regarding the depiction of the Mennonites. As a viewer, Royden Loewen, chair in Mennonite studies at the University of Winnipeg, said he was “mildly entertained” by the show but at the same time he was also “troubled and dismayed”.

The series has amassed a strong fan following which saved it from the brink of cancelation that we will elaborate on later. For now, it is suffice to say that critics have praised the show some striking performances and empathetic characterization. However, they have pointed out that the layered narrative sometimes becomes the undoing of the series.

Pure Cast: Who is in it?

Ryan Robbins, of ‘Arrow‘ and ‘The Killing‘ fame, plays Noah Funk, a pastor who goes undercover to root out a criminal organization. Other cast members are Peter Outerbridge, of ‘Cold Creek Manor’ fame, who appears in the role of Eli Voss, a gang leader. Rosie Perez, whose breakthrough role was in acclaimed director Spike Lee’s ‘ Do the Right Thing‘, appears in the role of Phoebe O’Reilly, a DEA agent.

A.J. Buckley plays the role of Bronco Novak, a policeman, while Alex Paxton-Beesley of the ‘Good Witch‘ fame appears as Anna Funk, Noah’s wife. Alyson Hannigan, who is best known for playing Lily Aldrin on ‘How I Met Your Mother‘ appears in the role of Esther Dunkel in the second season. Zoie Palmer of ‘Dark Matter‘ fame and Christopher Heyerdahl of ‘Van Helsing‘ fame appear as Valerie Krochack and Augustus Nickel respectively.

Pure Plot: What is it about?

The story of ‘Pure’ revolves around Noah Funk, who is newly elected as a pastor. The man has a good heart and is bent on ridding his community of drug traffickers by betraying a few Mennonite to the police. The show is based on true events and takes the viewers deep into the secretive Mennonite subculture. We get to see things through the eyes of Noah, who is a conflicted but good-hearted individual who seeks to protect his family and his faith while doing good for the community. His attempts to remove the drug problem turns out to be bigger than anticipated when he finds out that the gangs have trans-border affiliations with ruthless cocaine cartels of Mexico. Just when Noah thinks he is winning, his wife and he are thrust headfirst into a world filled with greed, violence, and betrayal.

Despite the show’s plot being overstuffed, the premise is really basic. A simple family man gets dragged into a drug ring trying to protect his family and community. However, this is no Vince Gilligan masterpiece, and despite some solid performances and bits of empathetic characterizations, overall, the people in the show lack nuance and a lot of decision making and character development seems to be one dimensional. However, one good point about the show is how the morally bankrupt cop is shown to have decent instincts as he ties up with the DEA, trying to stop the drug ring, even as we see pastor Funk immersing himself more and more in the darker side of operations.

In the season, the focus shifts on Noah’s wife, Anna. She returns to her life as a drug lord as she is hell bent to free her son from the cartel. Anna, in the hopes to accelerate Isaak’s return, agrees to deliver an extra large shipment of cocaine. After a series of events, Anna’s nemesis, Justina Epp, turns Tina’s wedding into a battleground of wills. The season ends with Isaac making a terrible choice.

Pure Season 3 Release Date: When will it premiere?

‘Pure’ Season 2 premiered on May 28, 2019 and ended its six episode run on July 2, 2019. As far as the next season goes, we don’t have an official announcement yet. The popularity of the show has been on wane, so it is really doubtful whether CBC will renew the show, but if it does and we hear anything about ‘Pure’ Season 3 we will update this section.

While we wait for an update on ‘Pure’ Season 3 , check out the season 2 trailer below.